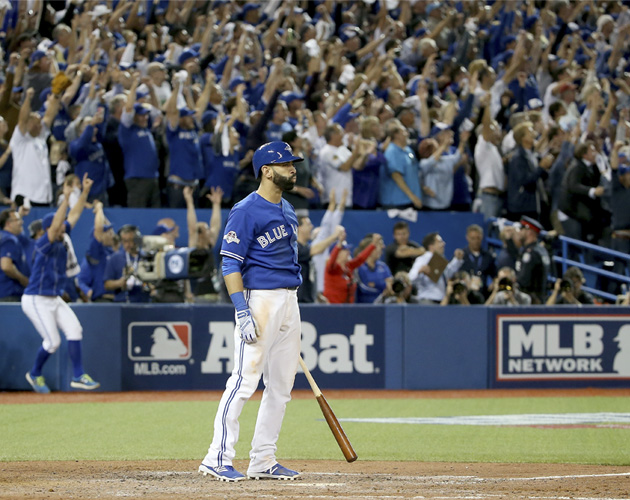 Fans are still catching their breath after the Toronto Blue Jays thrilling ALDS series-clinching win over the Texas Rangers. The back-and-forth game was ultimately decided in what could have been the craziest, dramatic, tense, bewildering, roller-coaster ride of an inning that’s ever to occurred in postseason baseball.

Top of the Seventh

Aaron Sanchez comes in to relieve starter Marcus Stroman. Rougned Odor, the curiously named Texas second baseman, starts the inning with a single and is bunted to second. He takes third on a Delino DeSheilds groundout.

So, after all the arguing and debating, the umps rule that the run counts, a call that’s backed by the replay crew in New York. Manager John Gibbons goes insane. The Blue Jays protest the game and fans start hurling beer cans on the field. In my years watching baseball I’ve never seen anything like it.

Bottom of the Seventh

Incredibly, the craziness continues. After taking the lead on the bizarre play, Texas proceeds to give it right back with some little-league fielding errors. Poor Elvis Andrus will be remembered as the goat on this one, and rightly so. The normally slick-fielding second baseman completely lost his mind and kicked the ball all over the infield, making two errors, giving the Jays a life and sets the stage for this: Jose Buatista hits one of the loudest homers in Blue Jays history.