Jaromir Jagr: I’m “too old” to Play in All-Star Game 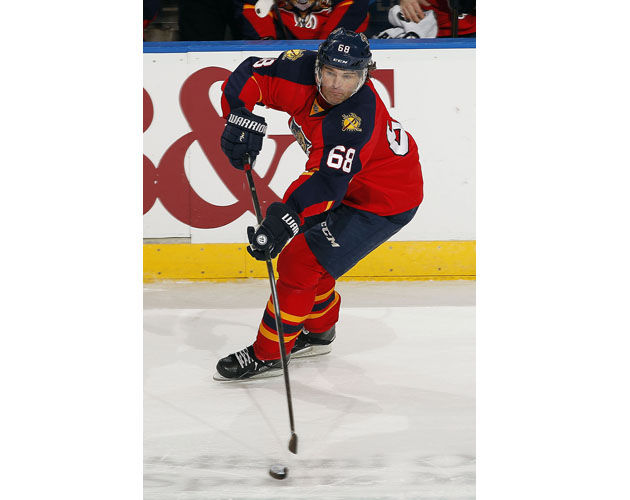 While Jaromir Jagr is flattered by all the support he’s receiving from online voters who want to see him play in the 2016 NHL All-Star Game, he cautions fans that he may be “too old” to participate.

Yesterday, the 43-year-old Florida Panthers winger jokingly tweeted that he “doesn’t want to die yet” and thanks fans for their understanding.

Fans-I appreciate your votes for All-Star game, but 3 on 3 would kill me,and i don’t want to die yet:)Thank you for understanding. Too old:)

Jagr was referring to the fact that despite holding down third place in fan voting for this year’s All-Star game, which will be held in January 2016 in Nashville, he doesn’t think he’ll have the stamina to keep up the kids. That’s because this year’s match will feature an experimental format: the game will played with three skaters aside, instead of the usual five. With two fewer players per side, it would mean a lot more skating – that, Jagr says, would probably “kill me.”

The lighthearted Czech national, who is twice as old as some of his teammates, continues to thrive in the NHL despite the constant ribbing from teammates. In fact, despite his age, he leads the team in scoring. And because of his intense workout regimen and continued passion for the game, he said earlier this year he would like to play until he’s 50, though no one knew for sure if he was joking or not.

If he makes it, he would join Gordie Howe as the only two NHLers to play into their 50s. For Jagr’s sake, let’s hope the NHL leaves the gimmicky three-on-three format where it belongs – in the All-Star Game.