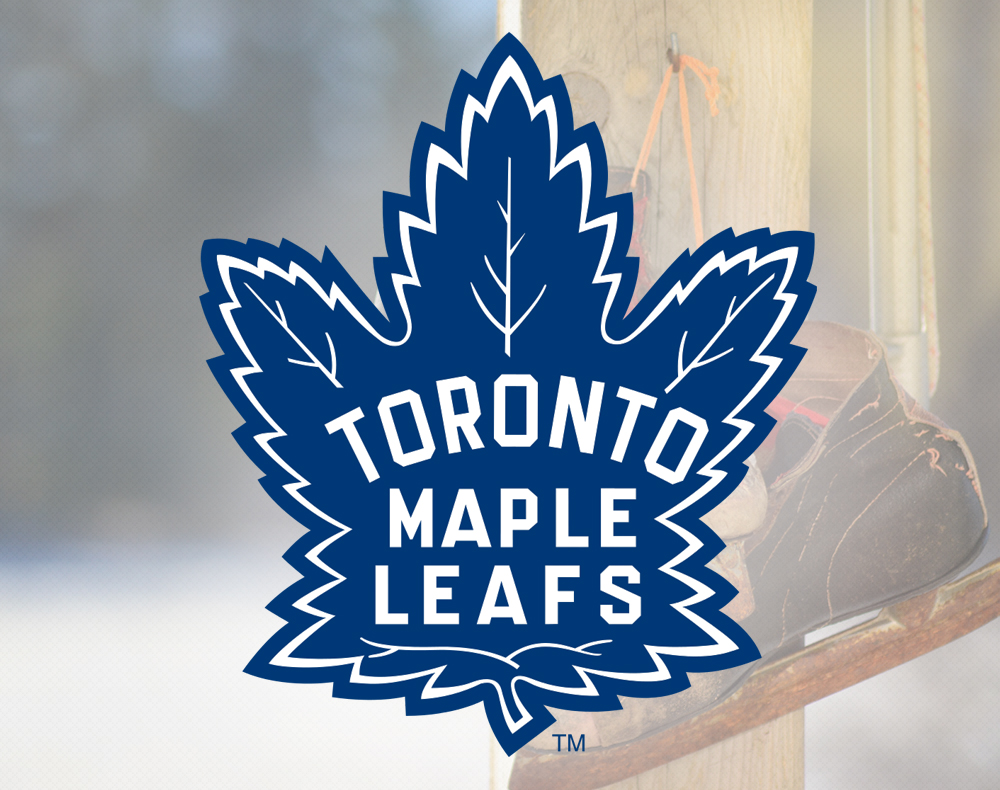 The Toronto Maple Leafs released their new logo 2016 season, a design which hearkens back to the days when the team actually won Stanley Cups. The new logo will be worn next year as the team celebrates its 100th anniversary.

Here’s a look at how the team’s logo has evolved over the past 100 years, along with expert commentary from Michael Bates, our resident graphic designer. Saddled with one of the most unoriginal name in sports history, this early version of the Maple Leaf franchise won Stanley Cup in 1917.

MB: I think this logo is pretty bland, notable only because the franchise won with this on their jersey. But lacklustre nonetheless.

Whatever the merits of the logo design, the St. Pats Stanley Cup victory in 1921 must have touched of a wild celebration among the city’s burgeoning Irish population.

MB: This logo is simple – it gets the job done. But that’s all you can really say about it. When Conn Smythe bought the St. Pats franchise, it came as no surprise when the Orangeman changed the name of the team to the Toronto Maple Leafs and the colour scheme to blue and white. This new Leaf logo was inspired by a badge Canadian soldiers wore in World War I.

MB: We’re finally seeing some kind of identity for the team, which I like, despite the fact it’s drawn in a very crude way. I like the authentic feel it gives but I think if this logo existed today, it would not be super marketable. As the Leafs grew into the most popular sports franchise in Canada, their logo became as familiar as Coca Cola or Ford in households across Canada.

MB: This logo represents a giant leap ahead from the prior version. I love this one! My only issue is that the veins of the leaf interfere with the font, and it all seems a bit condensed in. New owners and a new logo. This version was worn by the very best players on the very best teams in franchise history. The Leafs won four Cups this decade.

MB: I like the simplified design, which lets the name shine through a lot more. MB I love this logo – it’s what I think of when I think of a Toronto Maple Leafs. It’s simple and has a good font treatment. Both the team – and their logo – gradually lose their lustre. The franchise becomes associated with losing as the Stanley Cup drought drags over four decades.

MB: Again, an iconic logo. The font is all the same size and it’s very clear. MB: I really want to like this logo! I love the heritage throwback – a lot of brands outside sports are doing similar things. It’s also come out that there is a meaning behind everything: the 13 veins of the logo are for the 13 won Stanley Cups  and the 31 points are a nod to the 1931 season when a Cup was won and old Maple Leaf Gardens was opened.