NBA All-Star Game: Can Toronto Disguise Itself as a Basketball Town? 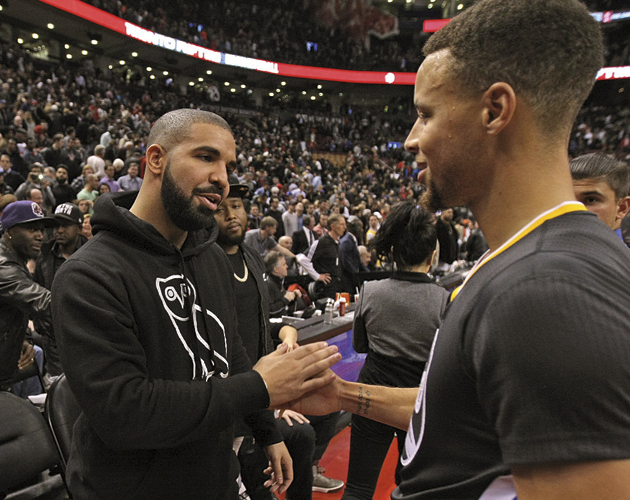 Just in time for the 2016 NBA All-Star Game, hockey-mad Toronto will try to pretend it’s a basketball town – at least for the weekend. Recording star Drake will be everywhere and the #wethenorth campaign will be pulled out of storage, all to show the global sports media that, yes indeed, the Six is a true basketball hub.

Despite all these efforts, Toronto has always been, and will always remain, a hockey town. Why that’s still the case in 2016 is a mystery that defies explanation. Because the Toronto Raptors are everything the Toronto Maple Leafs are not: they have talent at key positions, play the game the right way and entertain the fans on a nightly basis.

But most importantly – the Raptors actually win.

Led by a pair of All-Stars –  Kyle Lowry and DeMar DeRozan – along with the able coaching of Dwayne Casey and a solid supporting cast, the Raps have won 15 of their last 19 games. That’s good enough for a lead in the Atlantic Division, and second place in the Eastern Conference. Plus, they have an outside shot of making it to the Conference Finals – if not the NBA Finals.

The Leafs, on the other hand, play a miserable brand of boring, sloppy hockey and after Thursday’s loss to the Edmonton Oilers, sit dead last in the league. The team is so utterly devoid of talent that Leo Komarov, a career third-liner who’s somehow leading the Leafs in scoring, was their All-Star representative.

All signs should point to Toronto becoming a solid basketball town. And indeed, there is a hard-core fan following comprised of many younger people drawn from all cultures. But despite that, and the Leafs abysmal efforts, the Raps still draw lower TV ratings than hockey team. (Mind you most sports, including women’s curling, outdraw the Raps.)

So, on the eve of the All-Star game, when everyone in town should have been talking about Toronto’s moment in the spotlight, or the Raptors’ success, or about the league’s biggest stars – Curry, LeBron, Durant et al, they’re not. Instead, the sports chatter is focused on the big Dion Phaneuf trade to the Ottawa Senators – which, when it was announced, almost broke Twitter. Yes sports fans, the last-place Leafs trading a washed-up defenceman is a hotter topic than the first-place Raps hosting a global basketball extravaganza.

In order to be good hosts, Toronto will try to pretend it’s basketball crazy.

But no one’s fooled. This will always be a hockey town.