Do Baseball Gods Exist? Will They Smile On The Toronto Blue Jays in 2016? 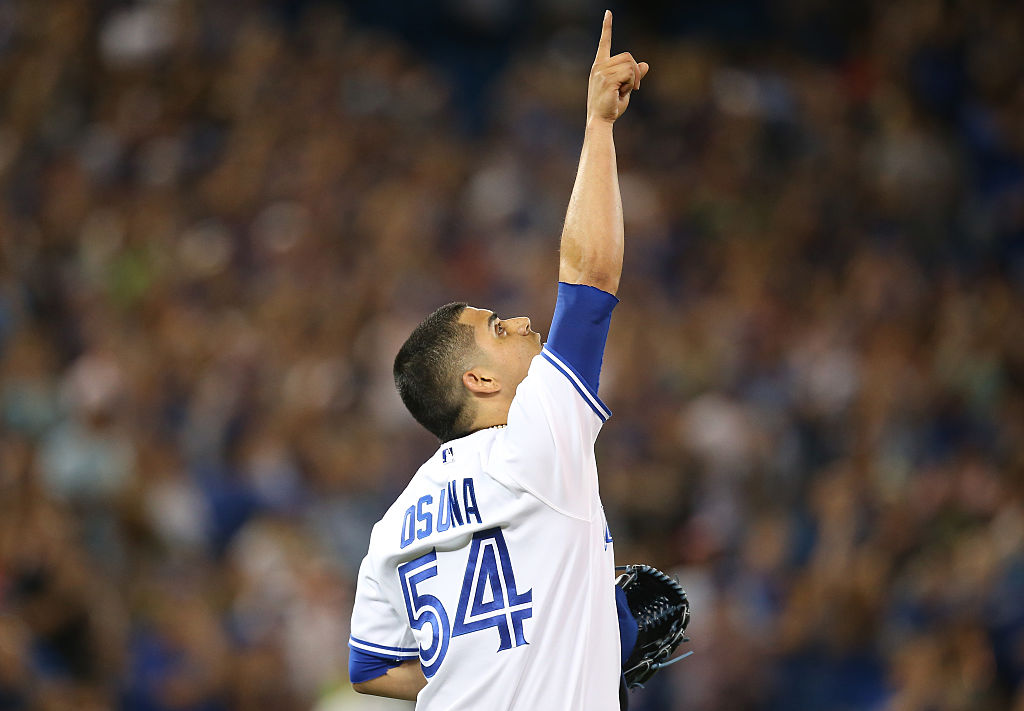 As the new baseball season gets underway, most Toronto Blue Jays fans see nothing but sunny ways ahead for their beloved boys. For good reason. Coming off a magnificent 2015 season, expectations for the Jays are running understandably high for 2016.

But longer tenured (i.e., longer suffering) fans are a more superstitious bunch – knowing with certainty that the fate of this team may rest solely in the hands of the baseball gods. Just look at what happened last year and deny the unseen machinations of higher powers.

Last July, the Jays were in the midst of another forgettable season, plodding along at their usual break even record, trailing the Yanks by four at the All Star break. Suddenly, the gods intervened: the Jays acquired David Price (one of the top pitchers in baseball) and Tory Tulowitzki (the best shortstop). A miraculous transformation took place and the team – aided greatly by an implausible series of clutch homers, stunning defensive plays and timely opposition bumbling – made it within two wins of the World Series.

Miracles on the Diamond

And then there was that miraculous seventh inning against the Texas Rangers in last year’s American League Division Series. Just take a look at that crazy inning – so many inexplicable events occurred what else could it be but divine intervention?

So on top of this, we also know that many Toronto Blue Jays enjoyed career years in 2015, including league MVP Josh Donaldson, whose 41 homers were 11 more than he’s ever hit in one season. Now cynics will scoff at the supernatural explanation, arguing that all results can be rationalized using statistical methods.

When a team performs above expectations, as the Blue Jays did last year, unbelievers will say it has nothing to do with divine intervention but rather a complex calculation known as the Pythagorean Won-Loss Formula. And when Donaldson inevitably experiences an Icarus-like flame out this season, they’ll deny the gods are punishing him for excessive hubris. Instead, they’ll claim he’s experiencing a “regression to the norm,” a math phenomenon which holds that if a variable (his 41 homers) is extreme one year it will return to the average next year (he’ll hit a bunch fewer homers this year).

Convincing as the naysayers sound, don’t be drawn in by their stathead arguments. Instead, listen to Blue Jays manager (and prophet) John Gibbons. Last year, when explaining to reporters what happens to a pitcher who walks too many batters, he said: “The baseball gods are going to punish you. Always have, always will.”

Still not a believer?