2016 Masters: Without Tiger, The Spotlight Is On Golf’s Three Young Guns 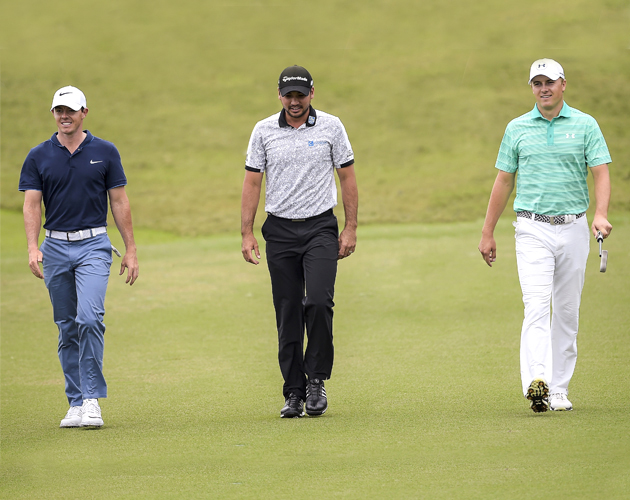 It used to be that whenever Tiger Woods missed a major golf tournament like the Masters, interest from casual fans would immediately drop through the floor.

Tiger was a compelling draw and, whether you liked him or not, the way he prowled around the Augusta, pumping his fist, shouting and glaring at the gallery on his way to crushing victories was truly something to behold.

Unfortunately, that’s all in the past. Now 40, Woods is slowly recovering from back surgery and won’t be playing in the year’s Masters. In fact, he doesn’t know when he’ll even return to competitive golf.

While his absence has been duly noted in the media, it hasn’t been covered with the usual hand-wringing and cringing tone that often accompanies articles on golf’s king of drama.

That’s because for the first time since he broke on the scene, Woods just isn’t that big a story anymore. There’s a new kid on the course, or rather three new kids, who are spawning a big following from a whole new generation of golf fans.

Jordan Spieth (22), Rory McIlroy (26) and Jason Day (28) are golf’s new young guns, talented, likeable players who are always a threat to win. Their coming out party over the past few years has brought new life and competition to the tour.

While McIlroy has already won four Majors and Day, who currently sits as the No.1 ranked golfer, is always a threat in any tournament, right now Spieth is the man to beat. The young Texan broke through last year with two Majors, including the Masters, knows that he’ll be on the radar of McIlory and Day.

Says McIlroy: “[Spieth’s] a phenomenal talent, and you know, it’s my job and Jason’s job and everyone else’s that sits here before you to try to stop him dominating.” Sounds like a rivalry in the making.

These dynamic players recall another famous trio, the original Big Three: Arnold Palmer, Jack Nicklaus and Gary Player. These three great players who ruled golf in the 60s, amassing an astounding 34 majors between them and creating huge television paydays for the sport.

If Spieth, McIlroy and Day can come close to accomplishing what Arnold, Jack and Gary did, then golf fans are in for a great ride.