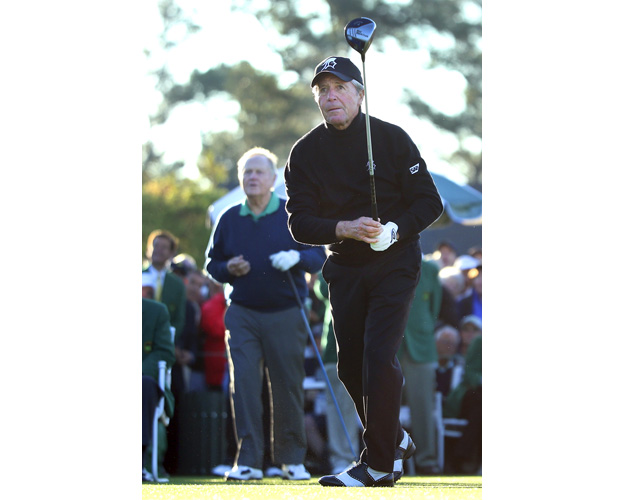 On Wednesday, 80-year-old golfing legend Gary Player showed golf fans he can still rise to the occasion at the Masters, hitting a hole-in-one on the 7th hole of the Par-3 competition at Augusta.

Watch @garyplayer become the oldest player to make a hole-in-one in the Par 3 Contest. #themasters https://t.co/bBJgSWiiMj

Player, who’s a fitness marvel, felt he had to match his old pal and long-time rival Jack Nicklaus. Nicklaus, you may recall, had his own hole-in-one on fourth hole at last year’s Par-3 tourney.

The two legends obviously feel right at home at Augusta. During their prolific careers, the two owned the famous course, with Player winning three Masters and Nicklaus taking six.

Both golfers were honourary starters this year, and on Wednesday they also hit the opening drives to get the tournament underway. Player outdrove the 76-year-old Nicklaus to open 2016 Masters tournament. After his short drive, Nicklaus quipped that he hit a “pop up.” Player joked: “I wouldn’t be too concerned about me outdriving you. You did it to me for 50 damn years.”