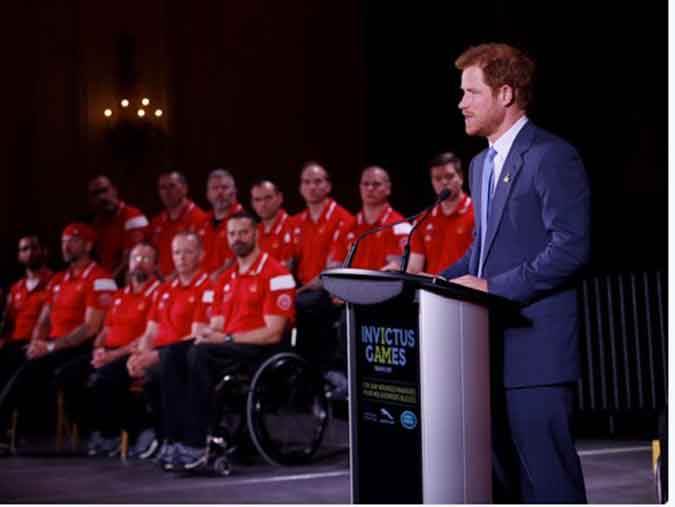 Prince Harry, who is in Toronto for the first time in over 25 years, met with Prime Minister Justin Trudeau and Ontario Premier Kathleen Wynne earlier today to launch the Invictus Games, which will be happening here in September 2017.  The Games invite wounded service men and women from around the world to compete in adapted athletic events.

Before heading to @InvictusOrlando Prince Harry will visit Toronto on 2 May to mark the official countdown to @InvictusToronto in Sept 2017.

Prince Harry will hold a meeting with Canadian PM @JustinTrudeau, before attending @InvictusToronto launch event at the Royal York Hotel.

This afternoon, His Royal Highness will join in on a sledge hockey event at Ryerson’s Mattamy Athletic Centre on Carlton Street.