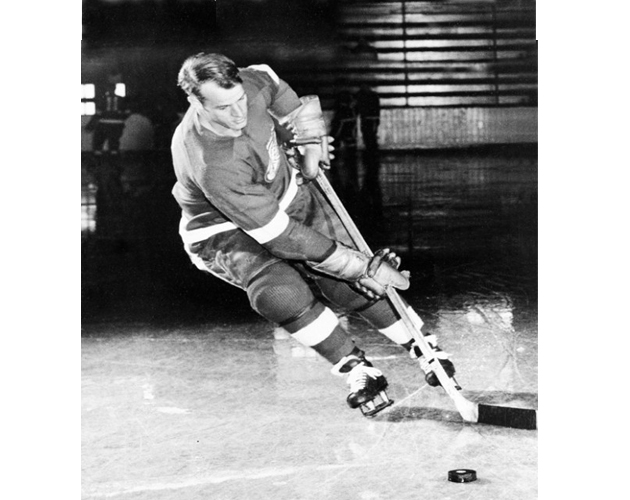 Gordie Howe, the man who combined all the essentials of what used to comprise the typical Canadian hockey player—skill, passion, farm-boy toughness and modesty—died June 10 at age 88 after a lengthy illness. Howe had suffered a stroke two years ago, from which he made a brief recovery.

Born and raised in Floral, Sask., Howe’s nickname—Mr. Hockey—really said it all. His career started in 1946 and ended 1980, a remarkable 26 seasons in the NHL and six in the WHA.

Along the way he scored 801 goals, won six Hart (MVP) trophies, six Art Ross (leading scorer) trophies and four Stanley Cups. His happiest moments of his career came when he played with Mark and Marty for the Houston Aeros and New England Whalers in the WHA for one final year with the Hartford Whalers in the NHL.

But it was the way Howe accomplished all this that made him a legend. He played a bruising physical game, infamous for throwing painful elbows, bone-crushing hits and inspiring the “Gordie Howe Hat Trick”—when a player scores a goal, has an assist and gets in a fight, all in one game.

Another hockey legend Bobby Orr quickly learned what it was like being on the wrong end of a Howe collision, after running up against a Howe elbow in his rookie year. “I was watching a pretty pass I just made and whack, Gordie nailed me,” Orr said in a Zoomer magazine article, maintaining that the hit was fair and the lesson was learned.

After hockey, Howe spent most of his time beside ailing wife Coleen and his grandchildren. Besides partnering in the Gordy Howe’s Tavern & Eatery restaurant in Traverse City, Mi., he became something a hockey ambassador, playing a token shift at game at the age 69 for the Detroit Vipers, winning the Order of Canada, and even appearing in a cameo appearance on an episode of The Simpsons.

On the day when sports fans reflect on the colourful, lively, tumultuous life of boxing champion Muhammad Ali, Canadians say goodbye to the man who defined our game and our land—and remember the virtues that made Gordie Howe a true Canadian icon.