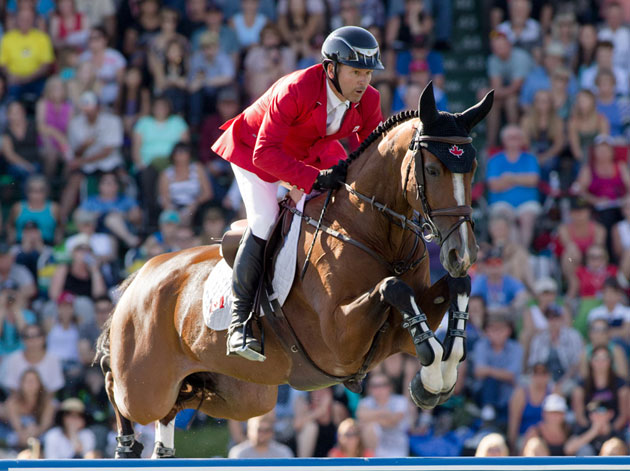 The only sport in the Olympics – if not the world – where men and women compete equally is in the three equestrian disciplines of showjumping, dressage and three-day eventing. But perhaps even more interesting to our aging population is that the equestrian sports allow athletes the ability to be internationally competitive for many years longer than almost any other professional or amateur sport.

Canada has done well in equestrian sports at previous Olympics. Most recently, Eric Lamaze claimed the individual gold medal in jumping at Beijing 2008. His teammates, Mac Cone, Jill Henselwood and “Captain Canada” Ian Millar – all over 45 at the time – also helped secure the silver medal for the Canadian Jumping Team. Millar also set a record at London 2012 by becoming the first athlete in any sport, from any nation, to compete in 10 Olympic Games.

This summer, Ian Millar, now 69, who will be absent from Rio (although his daughter Amy will be representing the country), yet he was quick to point out at a horse show this past June that he has a new mount selected for the 2020 Games.

Two members that are participating in Rio for showjumping include Lamaze, now 48, competing on Fine Lady 5 (see photo above), and Yann Candele, 45.

The other nations who routinely garner podium positions all have veterans on their teams, for when it comes to controlling a 1200 pound animal with a mind of its own as it navigates enormous obstacles at high speeds, experience is a plus and trumps youthful vigor.

So when you’re watching the coverage of Rio and see the harmonious partnership of human and equine athletes bear in mind that chances are the rider on board is over 40.