Nadia Comaneci: Where is She Now? 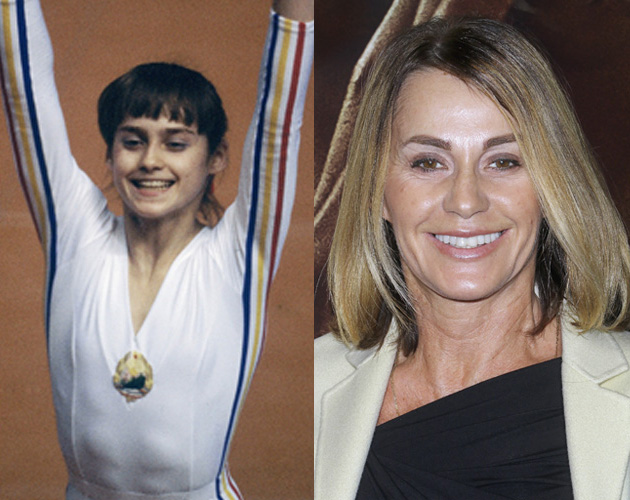 We look back at the 1976 Summer Olympics when Nadine Comaneci won three gold medals.

Where were you 40 years ago when the tiny Romanian gymnast stunned the world with her perfect 10s at the Olympics in Montreal?

Nadia Comaneci won three gold medals at the 1976 Summer Olympics. Even more memorable, she was the first gymnast ever to be awarded a perfect score of 10 in an Olympic gymnastics event.

Even more astounding, she scored a 10 in seven different events!

The scores showed up on the scoreboard as 1.00 because the manufacturer of the scoreboard was told it wasn’t necessary to program four digits because a perfect 10.00 was impossible.

All this Nadia achieved when she was only 14, setting a record as the youngest all-around Olympic gymnast. It’s a record that can never be broken because the minimum age now for Olympic gymnastics is 16. (American Simone Biles, who is a leading contender for gold this summer, is 19. Gymnastics events begin Sunday.)

Today, Nadia is a 54-year-old boomer, gymnastics coach, mother of a 10-year-old son and wife of former American Olympic gymnast Bart Connor. They were married in Bucharest in 1996, Nadia’s first return trip to Romania after defecting in November, 1989, a few weeks before the revolution that deposed Ceausescu and ended communism in that country.

Her arrival in the U.S. in 1989 was not without controversy. She was in a relationship with Constantin Panait, a married father of four and Romanian exile who had helped her escape from Romania. He was excessively controlling and took over as her business manager and controlled.

At the time, Nadia was also criticized for wearing heavy make-up and flashy clothes.

She was able to break away from Panait, with the help of her former coach Bela Karolyi, and settled in Montreal where she became involved with her husband-to-be, Bart Connor.

She wrote a book in 1993, part memoir and part mentoring, titled Letters to a Young Gymnast.

Nadia is active in charitable, sports and international organizations and she and Connor have provided television commentary for many gymnastics meets.

Nadia was also a contestant in the 2008 celebrity edition of Donald Trump’s program, The Apprentice.

More impressively, she received the Olympic Order, the highest award given by the International Olympic Committee, in 1984 and 2004. She is the only person to have received this honour twice, and was also the youngest recipient.