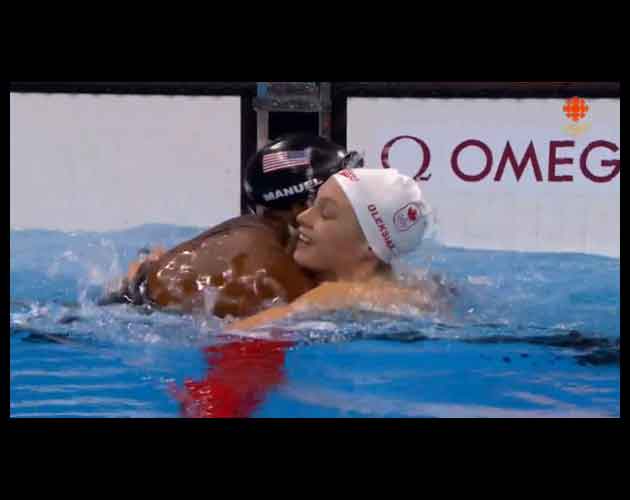 Penny Oleksiak has quickly become the darling of the Summer Olympics with her gold medal in the women’s 100 metre freestyle, her fourth medal at the Rio Games—the most ever by a Canadian athlete.

Taking the turn in 7th place against a strong field, the 16-year-old Torontonian stormed back, finishing tied for first with Simone Manuel, who incidentally became the first African-American to win Olympic gold in an individual swimming event.

“The last 15 metres, I put my head down and I bit my lip and I was just going as hard as I could,”
she told CBC.

So incredibly honoured and humbled by everything that's happened here tonight. Never been so proud to be part of @TeamCanada