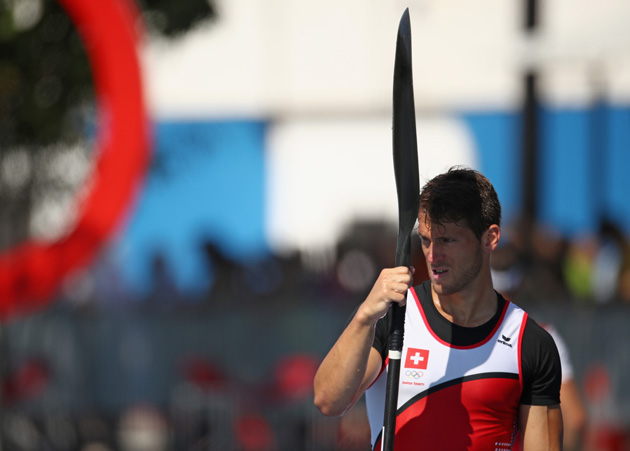 With Adam van Koeverden’s farewell paddle in the non-medal race, he can take enormous pride in how he influenced both his own competitive sport and Canadians’ attitude to sport.

If you’ve been leisurely paddling around the waters of cottage country or even just using a noodle at the beach or the pool, give a thought to Adam van Koeverden of Oakville, Ont.

The Olympic kayaker is 34-years-old, which in Olympian life is, well, old.

It’s a little like calculating canine years. For Olympians, where the average age of medal winners is around 24 or 25, van Koeverden’s 34 years are more like 45—maybe even 50.

But this week, in Rio, he finished sixth in the semi-finals of the 1,000-metres kayak race and was cut out of the medal round. (Only the first four advance.)

“I hesitated in the first stroke, but it’s 1000 metres, I’ve caught up before,” he told the CBC after the race. “[But] I couldn’t catch up. I tried three or four times and floored the gas.”

The fast start had been van Koeverden’s trademark move, one that was adopted by other competitors. But he couldn’t catch up and it was probably because age had caught up with him.

It had not been his intention to go to Rio. He’d said that London would be his last Olympics. After all, he already had his gold, his silvers, his bronze. And he was already 30.

“I told my coaches I was done,” he told the Toronto Star.

But the brass ring or, more accurately, the six rings of the Olympics, beckoned one more time and the kayaker couldn’t resist.

“It was hard, and I had to change how I paddled again to make it feel good again,” he said. “This is a sport that’s all about your touch. It’s not just about how hard you can crack. Like, we’re not grinders. We’re technicians. When you’re doing it really, really well, it felt easy.”

If age had begun to drain his power, it only reinforced his will.

That determination—to win, above all—was as much his trademark as his fast start.

Van Koeverden startled Canadians a dozen years ago when he insisted that winning was everything.

It was not the Canadian way to be so aggressively competitive, to insist that coming out on top was not just a goal but the reason for being there.

And yet, aging out of his sport has also changed the athlete.

While he convinced us all those years ago with fierce brashness that owning the podium was the only thing that matters, he’s realizing now that the journey down the other side of an athlete’s physical peak can bring its own gratification.

“I know this is a big departure from who I was in 2004. But for me, sports is about a lot more than (winning),” he told the Star. “Maybe the thing that I’m taking away from my entire career is that I’ve learned a hell of a lot.”