Blue Jays Back on Track—But Who Should Start Wild-Card Game? 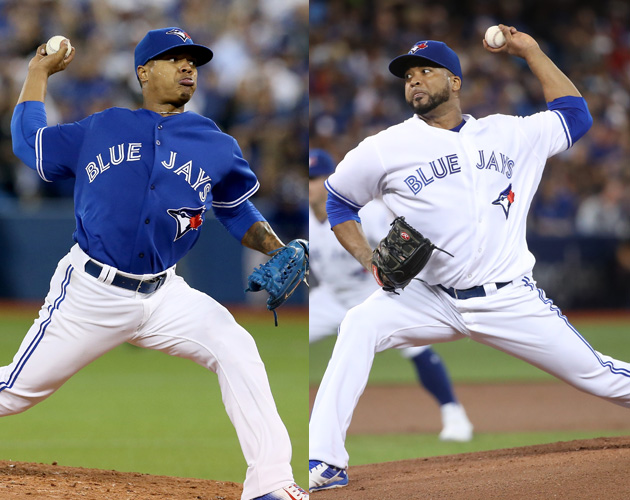 The Toronto Blue Jays ensured a place in the American League wild-card game by squeaking out a pair of one-run wins against the first-place Boston Red Sox this weekend. Now it’s time to choose a starting pitcher.

Once again the bats struggled on Sunday but the Jays managed to come up with with some timely hits to back up Aaron Sanchez’s magnificent outing. And, better yet, they get to host Tuesday’s play-in game against the Baltimore Orioles.

The task at hand now is who is pick a starter for the game—will manager John Gibbons go with young right-hander Marcus Stroman or veteran lefty Francisco Liriano?

Stroman has had an up and down year but righted the ship since August and has pitched very well in his last 11 starts. Although young, he pitched well in last season’s playoffs and is not afraid of the big stage.

Liriano, on the other hand, resurrected his career for the Jays after a dismal start to the season in Pittsburgh. He also has plenty of big-game experience, his most recent coming in a superb showing in the 2013 wild-card game, when he shut down the Cincinnati Reds over seven strong innings.

Even if he doesn’t start, Liriano will be available in the bullpen should Stroman falter. Gibbons, who isn’t afraid to give his starters the hook, will not let Stroman go long if he’s struggling.

However, the bats must wake up soon if the Jays are to enjoy an extended post-season run. This means Josh Donaldson, Edwin Encarnacion and Jose Bautista need to start swinging the heavy lumber—as they did last season—or the fans are going to begin singing that familiar refrain: “Wait ’til next year!”