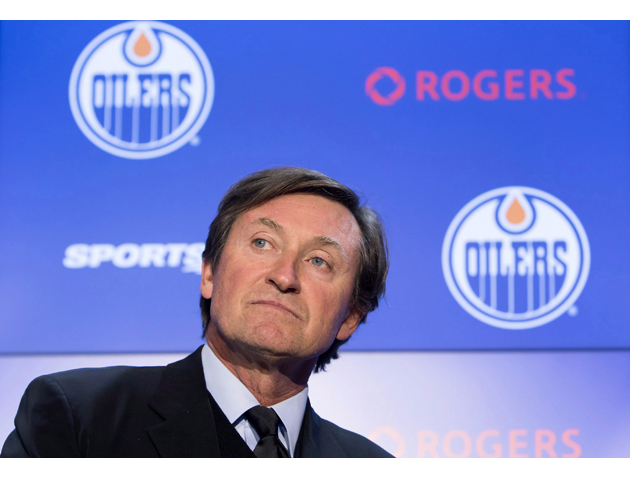 Wayne Gretzky announced yesterday (October 12, 2016) that he’s finally returning to hockey, coming home to the place where it all started.

It’s been far too long, but the 55-year-old former superstar is going back to work in Edmonton, a city where he set scoring records and won Stanley Cups on the way to becoming Canada’s biggest sports celebrity.

As well as serving as ambassador for the NHL’s centennial celebrations, Gretzky announced he will also take on an executive role for Daryl Katz, the Oilers team owner. His appointment marks the first official league job the Great One will hold since he left as coach of the Phoenix Coyotes in 2009.

Although his job description hasn’t been completely clarified, having a person of his calibre around is never a bad idea. “I’m privileged and proud to be back as an Oiler,” Gretzky told reporters on hand for the opening of Roger’s Place, Edmonton’s shiny new arena. “I love the game. I want to be part of the National Hockey League.”

He and good pal Mark Messier took a ceremonial skate around the ice surface as part of the opening night festivities.

A couple of the greatest @EdmontonOilers of all time helped officially open @RogersPlace. pic.twitter.com/LSrP1V906W

After years of missing the playoffs and becoming a laughing-stock in the leaguer for its front-office mismanagement, the Oilers finally look to be headed in the right direction. With budding superstar Connor McDavid leading the way, the team will play exciting brand of hockey and perhaps even make the playoffs, which they haven’t done for a decade. Gretzky, McDavid and great hockey, it’s all prompting memories of the early the 1980s when the team dominated hockey and were the toast of the town. For Oiler fans, it’s looking more and more like the good times are here again.