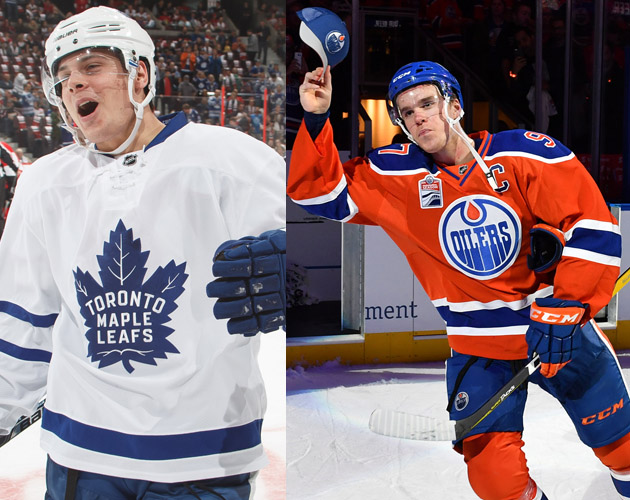 On the opening night of the NHL’s 100th season, Auston Matthews and Connor McDavid thrilled long-suffering hockey fans in Toronto and Edmonton with outstanding performances, giving us all a glimpse of the future of hockey.

First Matthews: The 19-year-old first-rounder, who carries the weight of Maple Leaf fans hopes on his big shoulders, somehow lived up to his huge expectations by scoring four goals in the team’s 5-4 overtime loss to the Ottawa Senators. Using a combination of deft puck-handling, speed, power and a wicked shot, Matthews scintillating debut stunned long-time observers, including coach Mike Babcock, with his four tallies, a record for rookies playing their first game.

“I’ve never seen anything like it. We’re all part of history tonight,” said Babcock. After scoring his fourth goal, Leaf Nation was having a collective meltdown and his parents hugged each other in disbelief.

In Edmonton, McDavid couldn’t match Matthews’ historic output, but he did score two goals, leading his Oilers to a 7-4 win over provincial rivals Calgary Flames. Anytime the young captain touched the puck, you had the sense the Oilers could score, a feeling that’s been missing from Edmonton since the glory days of Gretzky, Messier, Coffey et al.

Matthews and McDavid already showed fans what they could do as line mates North American team at the recent World Cup of Hockey. Together, the collective speed and skill of these two teenagers could transform the game itself as it enters its second century.