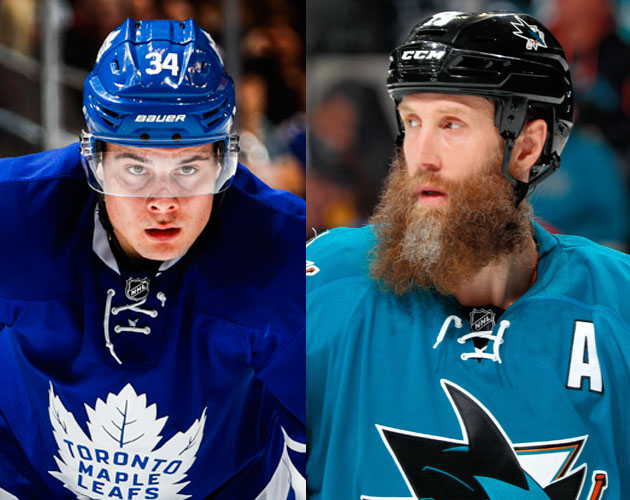 When the quest for the Stanley Cup began last year, Canadian fans were in a panic—not one of their teams had qualified for the playoffs and the prospect of watching post-season hockey without something to cheer for seemed very grim.

What a difference a year makes. The 2016-2017 playoffs start on April 12 with five of the seven Canadian-based clubs qualifying, leaving only the lowly Vancouver Canucks and the chronically under-achieving Winnipeg Jets on the outside looking in. Even the Toronto Maple Leafs, who finished last overall last year, managed to sneak in on the second-to-last day of the season.

Although there doesn’t appear to be a Stanley Cup champ among the lot, several have chances of advancing into the second round. Let’s take a look at the games.

An Original Six matchup that features two of the best goalies of this generation—Henrik Lunqvist and Carey Price. Lunqvist, however, has had a subpar season and, if it continues into the post-season, the Canadiens have a good shot at winning. Also, with the addition of Steve Ott, Jordie Benn and Dwight King down the stretch, this Habs team has more size and grit than any in recent memory.

The Leafs are back in the playoffs and, thanks to a loss in the last game of the season, they’re facing off against the team with the best record in the NHL. Laden with big names—Alex Ovechkin, Nicklas Backstrom, T.J Oshie and Evgeny Kuznetzov—the Capitals are fast, skilled, experienced and hungry. Plus, they have a top-five goalie in Braden Holtby. The Leafs appear to be a bit out of their depth but they have a great coach in Mike Babcock, capable goaltending in Frederick Andersen and a couple of young guns in Auston Matthews, Mitch Marner and William Nylander who have yet to be jaded by previous Leafs failures.

Big Question: Will Toronto fans stage a parade if the Leafs win one game in this series?

After rebounding from a terrible start, the Flames roared into the playoffs with all facets of their game working. To win this series, their defence corps, anchored by Marc Giordano and Dougie Hamilton, must play well enough to protect their unreliable Brian Elliot in net. Plus, little Johnnie Gaudreau and big Sean Monahan will have to shoulder the scoring load against an aging, but highly experienced, Anaheim Ducks team.

This series is a clash between the youthful enthusiasm of the Edmonton Oilers against the experienced grey beards (literally) in San Jose. Young guns Connor McDavid and Leon Draisaitl must see if they can match goals against older Joe Thornton, Joe Pavelski, Patrick Marleau and Brent Burns. In the end, experience and defense usually wins out.

Big Question: Could Commissioner Gary Bettman intervene and order Thornton and Burns to shave their beards?

It’s the series no one outside of Ottawa or Boston really cares about. Two shaky, uninteresting teams—yet one has to win. The Sens will probably prevail because the have the best player in the series—Erik Karlsson—and the better goalie inCraig Anderson. The Bruins core is a mix of too old, too young and not very good.

Big Question: How long will it take Mark Borowiecki to track down and beat up Brad Marchand?