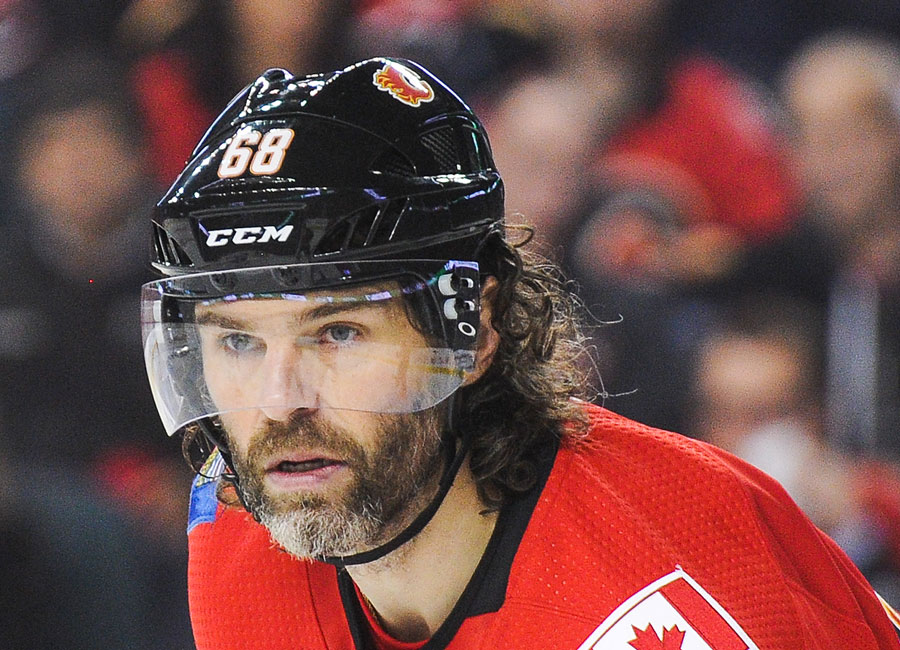 The 2017 sports year was marked by some phenomenal performances by older athletes who refuse to retire. Here, we look at the five athletes who are still performing at high levels—despite their age.

Win, win and win some more, that’s all this 40-year-old quarterback does. Despite the fact that media and opposing fans are constantly writing him off, even jeering at him for his age, Brady continues to defy the skeptics and succeed on the field. In February, he led the New England Patriots to an astounding 34-28 come-from-behind Super Bowl victory (his fifth, and counting!) and also garnered the game’s MVP (his third, and counting!). Brady is in superb shape and wants to play until he’s in his mid-40s: “I have never thought about not playing,” he recently told the media. Based on his track record, who are we to doubt him?

Even at 45, the Calgary Flames forward never seems to physically break down. A true workout maniac, he’s been in the NHL so long that he’s closing in on Gordie Howe’s record of 1767 games played (he could pass him this year). “When I said I want to play until 50 everybody laughed at me, but I’ll work every day to do it,” he told Sportsnet recently. Jagr also possesses one of sports’ funniest Twitter accounts – he doesn’t post often but when he does, it’s hilarious.

Look, I just tell my cat, there is a chance to play in NHL this year. 😀😀😀 pic.twitter.com/8iBoTYeEl7

The greatest Japanese baseball player of all time, this 44-year-old wonder somehow managed to play 136 games for the Miami Marlins last year. While his productivity has slipped over the years, he still managed to smack three home runs and steal one base. The active hits leader and physical marvel still LOVES the game and feels he can play until he’s 50, telling the Miami Herald when the day comes to finally retire: “I think I’ll just die.”

Overcoming an incredibly rocky road – including a marriage-ending personal scandal, a surgically-repaired back, a bad case of the YIPs and an embarrassing reckless driving charge – Tiger Woods finally found peace on the golf course, finishing tied for 9th in a tournament in early December. While the course wasn’t the most difficult, Tiger showed glimpses of his past form, including breaking out the infamous fist pump. More importantly, he was able to get through four rounds without injury, which bodes well for the upcoming PGA Tour year. Golf fans and the media are, of course, overly excited at the return of Tiger – usually the world’s 664th ranked golfer doesn’t merit being No. 3 on the list of Golf Newsmakers.

Playing out his career with the Sacramento Kings, fans remember when “Air Canada” held the basketball world in his hand, starring for the Toronto Raptors in the early 2000s. It seemed unlikely then that this oft-injured and so-called “soft” player would still be running the floor at the age of 41. Raptors fans, who have often booed Vince since he left the team, cheered him during a December game against the Kings, sensing it might be his last in Toronto. Sensing a rapprochement with Raptor fans, Carter told the Toronto Sun that a reunion with Toronto “It’s just one of those things, it’ll happen, for sure.”