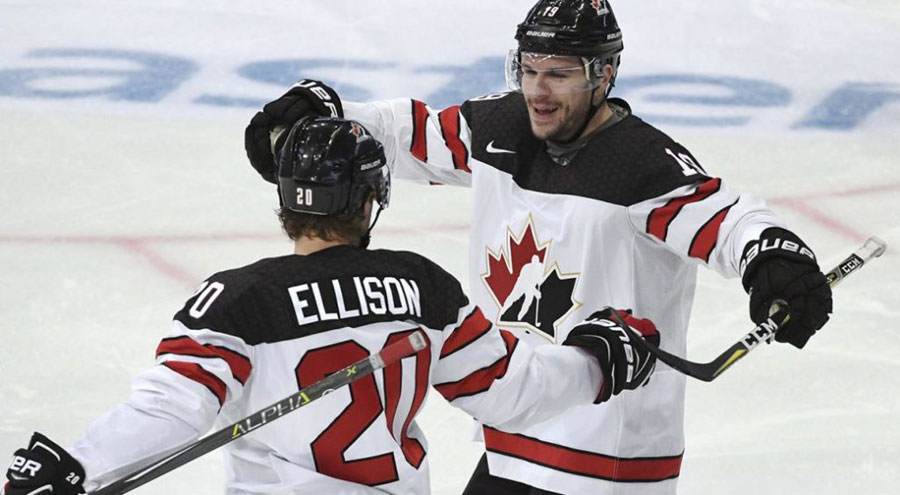 Team Canada announced it’s Olympic hockey roster yesterday, leaving reporters and fans scratching their heads and scrambling to statistics’ databases to find out exactly who these guys are.

Representing us at the upcoming Pyeongchang Winter Olympics in South Korea (which begin on Feb. 9) will be a rag-tag collection older players who can no longer find an NHL job or younger guys who just aren’t quite good enough to make it in the big leagues.

When the NHL decided to sit out this year’s Olympics (here are all the various dumb reasons) fans knew we’d have to do without Sidney Crosby, Connor McDavid and Carey Price or any of the top stars wear the Maple Leaf.

Instead, we’ll get ex-NHLers like Mason Raymond (currently playing in Switzerland) and Derek Roy (playing in Sweden) and Ben Scrivens (Russia).

A lot of people are complaining about his dumbed-down version of Team Canada, saying it’s unworthy to represent us. I couldn’t disagree more. It might, in fact, make for a better tournament.

Going back to 1998, the first year that NHLers were allowed to participate, Canada has won Gold in three of the last five winter games. In 2014 in Socchi, the team barely broke a sweat, winning a yawner of a final 3-0 over Sweden. While I appreciate the concept of the best athletes competing against each other at the highest level, I’ve always felt there was something dirty about the pros playing in the Olympics. They’ve got their multi million-dollar contracts and the Stanley Cup, why should they get the Olympic glory too?

Willie Desjardins, Team Canada’s coach, explained to reporters why these has-beens deserve to represent our country in Pyeongchang: “It’s about guys who have received a ‘no’ but found a way to make a yes. Their determination and their heart is incredible,” he said.

They’ve been cut and disappeared from the radar yet they somehow persist, barely scraping by in the the minor leagues and in Europe, just to keep their careers alive.

Appearing in the Olympics will give them one last shot at glory. Perhaps they’ll be overmatched by European squads who should be the heavy favourites going in.

But what if they managed to make it to the final? This group of underskilled but hardworking jobbers playing for big stakes one last time – who wouldn’t watch that game?

And if this under skilled and overmatched team somehow managed to overcame supreme odds and win gold, the celebration would be so much more joyous authentic than anything you’d see from overpaid NHLers who are expected to win.

This is truly a team we can cheer for.