6 Things to Watch For as the Pyeongchang Olympics Begin 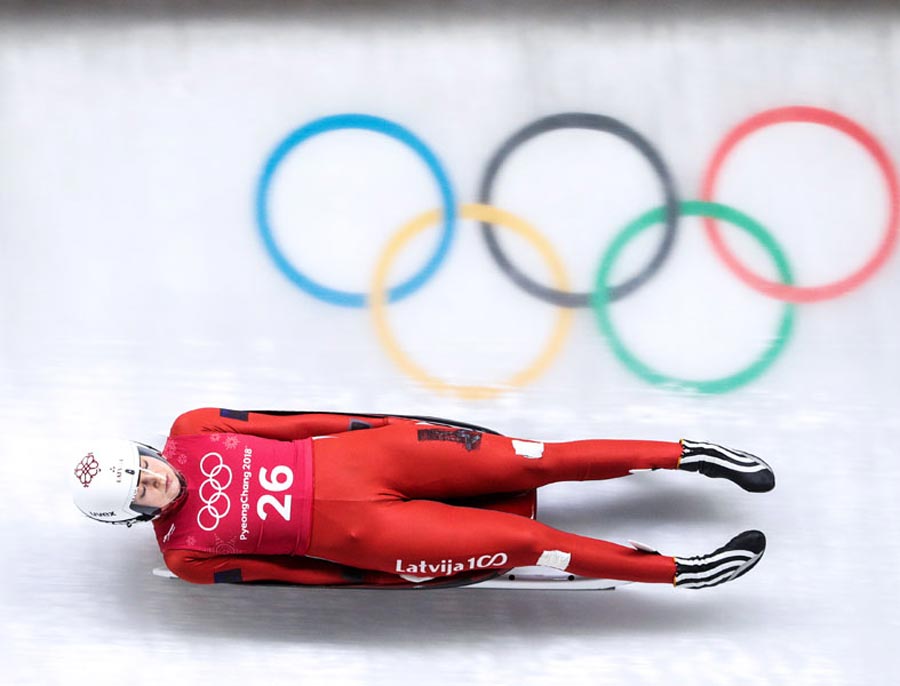 Latvia's Ulla Zirne seen during a training session ahead of a luge competition at the 2018 Winter Olympic Games at Olympic Sliding Centre. Photo: Sergei Bobylev/TASS/Getty Images.

Despite frigid temperatures, a major flu outbreak, doping scandals and the usual political gamesmanship, the Pyeongchang Winter Olympics are officially set to get underway Friday, with the Opening Ceremony taking place at the city’s 35,000-seat Olympic stadium.

As with every Olympics since the dawn of time, the Pyeongchang games have been plagued with funding issues, organizational problems, diplomacy battles and allegations of cheating. But while these issues do tend to grab headlines, is it really possible to hold an event of this size without encountering a few bumps on the road?

So before the Winter Games get underway, let’s catch up with six of the key issues to watch out for in Pyeongchang.

1. Political Games: The big question leading up to the Olympics is how tensions between North and South Korea and the U.S. will play out. As part of his so-called “peace offensive,” the always unpredictable North Korean leader Kim Jong Un is sending his younger sister Kim Yo Jong to meet with South Korean President Moon Jae-in. However much this visit and the fact that the two countries will march in together at the opening ceremonies, helps to “thaw” relations between the two bitter enemies, Kim Jong Un is still hedging his bets. On the eve of the opening ceremonies, he plans to hold a major military parade in North Korea, displaying all his country’s rockets and missiles. This display of military might doesn’t impress U.S. Vice President Mike Pence, who responded: “We will not allow North Korean propaganda to hijack the message and imagery of the Olympic Games.”

2. The Winter Vomiting Bug: The dreaded Norovirus has hit South Korea hard this winter, with some reports suggesting that upwards of 70 per cent of the population is suffering from either swine and bird flu. I don’t even want to think about what will happen to the bobsledders and lugers get hit with the flu.

3. Brrrr, It’s Cold: Some athletes and trainers are complaining that the frigid temperatures in Pyeongchang will wreak havoc with outdoor sports. When asked the effect of cold weather on skiers, one trainer moaned that it’s “turning their skis to garbage, real fast.” Complaining about cold weather at a winter Olympics is an absurd criticism that’s best ignored.

4. Russia Will Compete, Sort Of: Although the International Olympic Committee officially banned Russia for its complicity in the large-scale doping operation the country ran at the 2014 Sochi Games, many individual athletes have been allowed to compete. So far, the contingent of 170 OARs (Olympic Athletes From Russia) have not been welcomed with open arms – it’s being reported that some members of the Canadian team apparently got into a heated exchange with the Russians over the doping scandal.

5. Insomniacs Rejoice: Because of the time difference between Canada and South Korea, many of the events will be broadcast live at ungodly pre-dawn hours, although the big ones will be re-broadcast in prime time. The Opening Ceremonies, for example, will be air live at 5:30 a.m. ET (2:30 a.m. PT). Click here for CBC’s full television and online streaming schedule.

6. Medal Expectations: Despite the fact our best men’s hockey players will not be taking part in the Olympics (who cares!), Canada has high expectations for medals. In fact, Gracenote, an international data analytics company, predicts Canada could win 28 medals at this Olympics, topping our previous record of 26 in Vancouver.