While You Were Sleeping, Canada Nabbed Its First Gold Medal 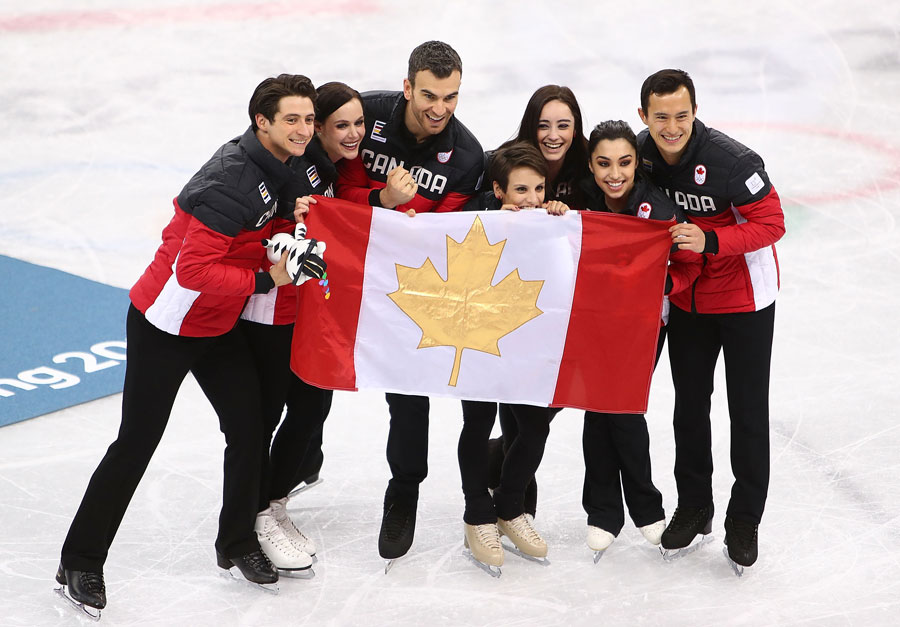 There’s nothing like waking up to good news on a Monday morning.

Those of us (like myself) who tend hit the hay fairly early  — 10 p.m., anyone? — missed one heck of a golden moment for our Canadian Olympians.

The Figure Skating Team event, held at Gangneung Ice Arena in Gangneung, one of two hosting cities of the Games, saw the feisty Canucks take top honours, finishing with a combined score of 73 — well ahead of the competition. The Olympic athletes from Russia nabbed silver with a score of 66 and the United States took home bronze with 62 points.

Patrick Chan kicked things off when he captured the top spot in men’s freestyle.

Chan’s memorable performance was followed by Gabrielle Daleman, who clinched the top spot to put Canada well ahead of the pack.

Although they had plenty of breathing room given Canada’s solid lead in the standings, that still didn’t stop Tessa Virtue and Scott Moir from ensuring Canada retained its first-place ranking with a soaring performance.

Just look at how happy they are!

Moments like these are what the Olympics are all about!