Virtue and Moir Skate Their Way into History 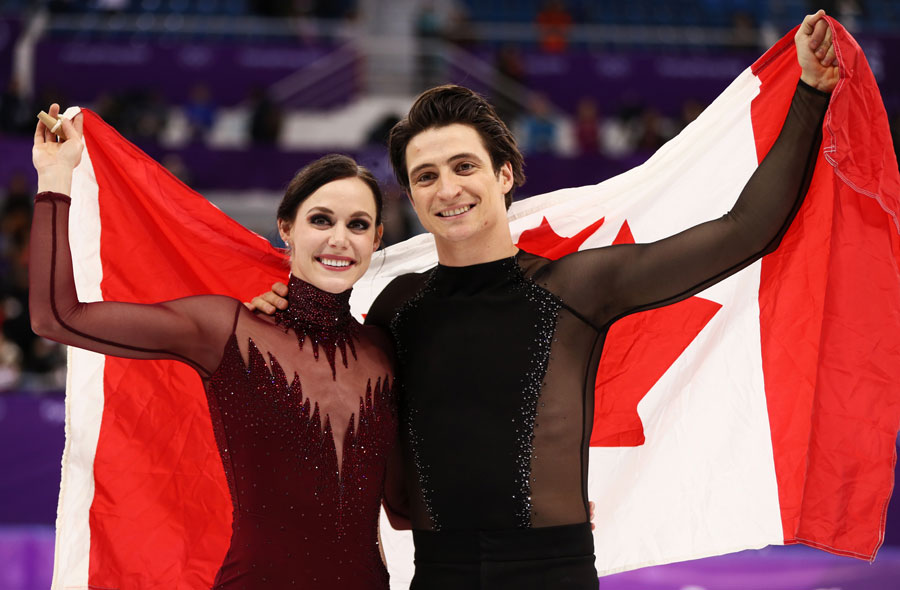 Tessa Virtue and Scott Moir have struck gold for Canada in Ice Dancing at the PyeongChang Winter Olympics, adding to a rapidly growing stockpile of medals.

The pair — who hinted this may be their swan song — have now won gold medals in two of the last three Olympics. There’s a growing consensus that they may be the greatest ice dancers of all time.

Before they took to the ice for their gold-medal performance on Feb. 20, Virtue and Moir decided they would perform in the blind — that is, purposely blocking out how their closest competitors, the French pair of Gabriella Papadakis and Guillaume Cizeron, had performed minutes before. They even covered their ears when the French pair’s score was announced over the PA.

While they knew the French had scored well, they didn’t want to be let a record-breaking score intimidate them or interfere with their own routine. So they just went out and danced as well as they could, leaving it to the judges to decide which side was better. (Watch the condensed version of their performance here).

And when the judges announced their scores, and the crowd exploded in cheers, Virtue and Moir ­— who have been skating together since they were children — hugged each other in celebration. Virtue and Moir received a career-best (and record-breaking) 122.40 — just .79 ahead of Papadakis and Cizeron. The Figure Skating Ice Dance Free Dance was Canada’s again. “We were holding our breath, obviously, in the kiss and cry because we know what fantastic skaters they are, we know that they’re going to post a world record. We thought that was a good enough skate to win us an Olympic title but you never know in this sport, you never know,” Virtue told the National Post.