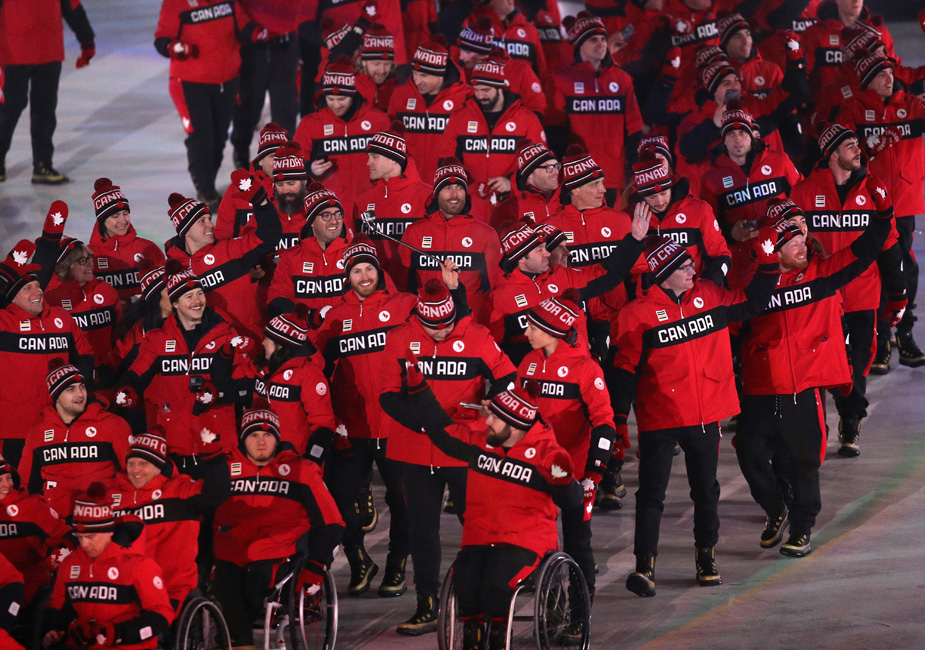 The 2018 Paralympic Winter Games got off to a spectacular start earlier today after a dazzling pyrotechnic display and cauldron lighting at South Korea’s Pyeongchang Olympic Stadium.

Brian McKeever carried the Canadian flag into the stadium for the opening ceremonies, leading a team of 55 athletes who will be competing in five events, trying to emulate the record-setting performance of Canada at the Winter Olympics.

“It is a privilege to lead these great Canadians into the stadium,” said McKeever, perhaps our greatest winter paralympian of all time, having won 13 medals in para Nordic skiing over 5 games.

Todd Nicholson, Canada’s chef de mission – who skated for his country in para ice hockey in five  games – explained the importance of the event. “For me, the Paralympics is a conduit to being able to contribute to society. I’ve seen the value of sport and what I’ve been able to accomplish doing it.”

The games also got the blessing of Pope Francis, a big supporter, who sent a message to all athletes:  “Sport is a school of inclusion, of inspiration for our personal lives and of commitment to transform our societies. Sport can build bridges between countries in conflict, giving a valid contribution and perspectives for peace among people.”

The heavy snowfall that blanketed much of the area surrounding the Paralympic games on Thursday shouldn’t be a problem for competitors as 600 South Korean soldiers were called in to help remove it.

Paralympics At a Glance