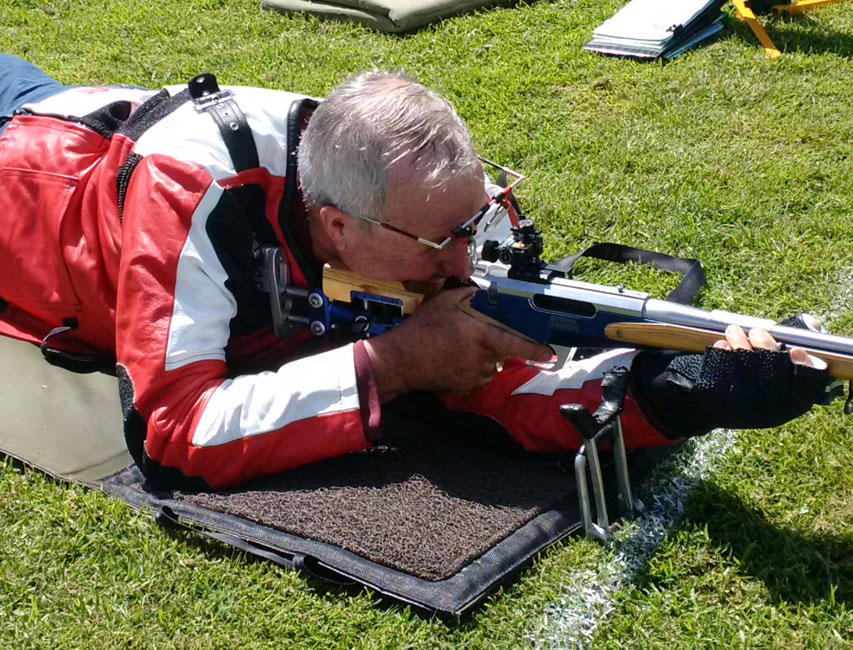 Bob Pitcairn is quite literally shooting for Gold at the Commonwealth Games in  Queensland, Australia.

Looking spiffy in a red-and-white leather jacket, the 79-year-old is competing in the fullbore shooting event at Gold Coast 2018, becoming the oldest athlete to ever participate at a Commonwealth Games. Pitcairn tops the previous record held by Canadian Doreen Flanders, who competed in lawn bowling at the 2014 Commonwealth Games in Glasgow.

“I feel honoured to set this new record and am grateful that my health and athleticism have made it possible for me to compete in the Gold Coast Games,” Pitcairn told CBC.

The Prince Edward Island native and Chilliwack, B.C. resident competes in fullbore shooting, an event that involves the participant lying on the ground in a prone position and firing shots at targets at distances from 300 to 1000 yards.

Although Pitcairn’s pairs competition didn’t go well (he and partner Nicole Rossignol finished in 8th), he still has the singles competition to come, an event which he feels he can win.

“My goal is to stand on the podium. I trained hard, I’m aiming for that, and I am going to get there,” he says.