Humboldt Jersey Day: “We see you. We hear you. We love you.” 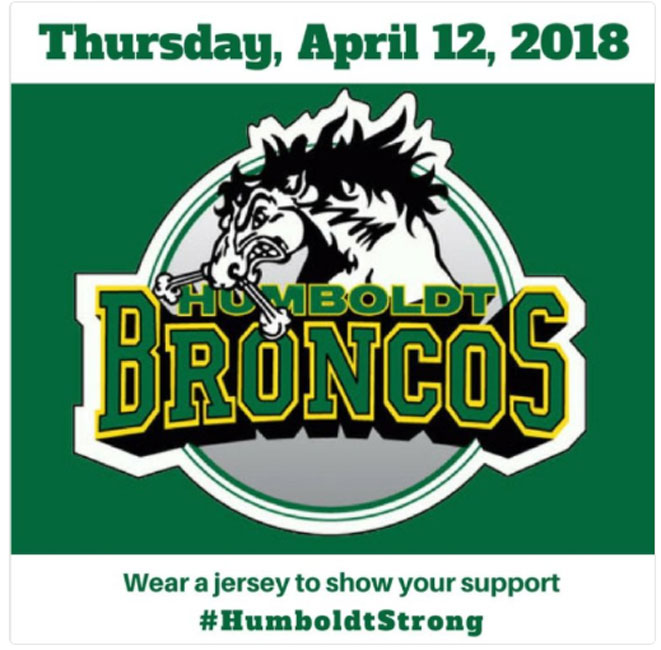 Canadians across the land wore their favourite hockey jersey as a show of support to the victims of the Humboldt Bronco bus crash that killed 16.

From school kids to senior citizens, office workers to stay-at-home parents, thousands of people in Canada and around the world donned their favourite hockey jerseys to show support for the victims of the bus crash that killed 16 members of the Humboldt Broncos hockey team. A perusal of Twitter’s #JerseysForHumboldt shows an ending scroll of pictures of people across the country showing off their jerseys.

With the small Saskatchewan town still in shock after the tragedy, there’s been a groundswell of sympathy and support from individuals and businesses who are hoping to lessen the burden on families and survivors.

A flood of donations have poured in to the Bronco’s GoFundMe page reaching over eight million dollars by Wednesday. Corporations are also stepping up with WestJet announcing that it it is working on plans “to help anyone impacted by this tragedy to get to Saskatoon as quickly as possible.” Canadian Tire, Bell Media and Chevrolet Canada have also jumped in with support.