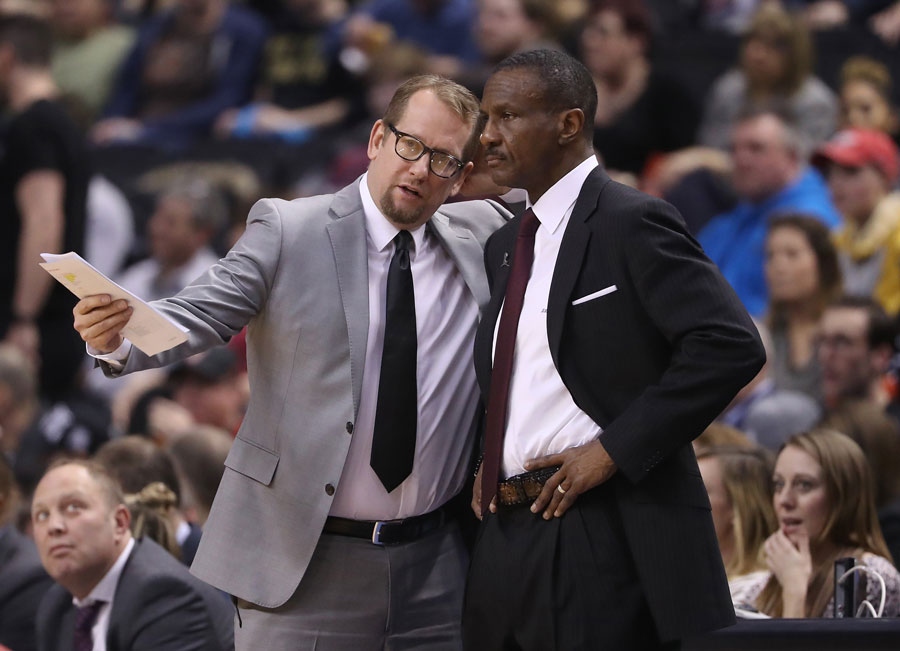 The Raptors’ search for a new coach has finally come to an end.

The move comes after Ujiri considered a number of external candidates to replaced recently fired coach Dwane Casey, including Mike Budenholzer, who looked to be a shoe-in for the job until he signed with the Milwaukee Bucks soon after an interview with the Raptors.

And while Nurse wasn’t Ujiri’s first choice, it certainly wasn’t the worst he could do.

Yes, it’s a lateral move and doesn’t exactly add a new voice in the locker room, but Nurse does provide continuity in a Raptors era that has seen its share of success.

Under Dwayne Casey and Nick Nurse, the Raptors have made five consecutive playoff appearances including a post-season run that took them to the Eastern Conference finals.

Nurse is also a proven commodity. After Ujiri asked for a culture shift at the end of the 2016-2017 season, it was Nurse, the offensive coordinator, who retooled the Raptors’ offence, replacing their isolation-style basketball with a more dynamic and team-oriented style of play.

That style of play earned the Raptors a franchise best in wins this past season but didn’t seem to matter when it counted most. Like Dwayne Casey’s defensive schemes, Nurse’s new offence fell flat against LeBron as he downed the Raptors in another four game sweep in the second round.

If like Dwayne Casey, Nurse is judged on his ability to dethrone King James, Nurse might fall short along with every other coach in the East.

But if we’re talking about keeping the culture of winning alive in Toronto, Nurse fits the bill.