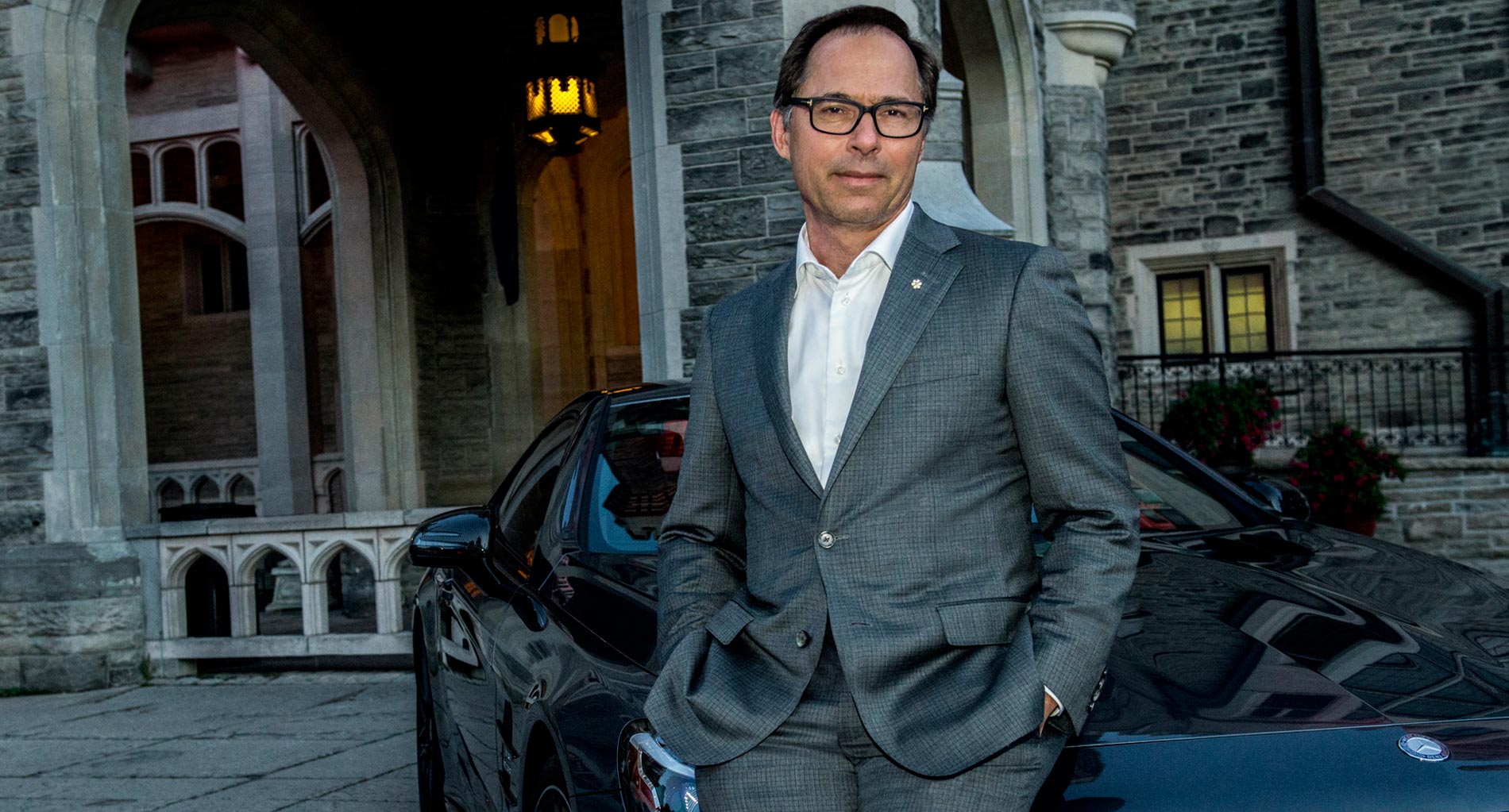 The men’s downhill – the Formula One of Alpine ski-racing: with the fastest recorded time during a race clocking in at 96.6 miles an hour, a split-second mistake on the part of the athlete or an unseen bump in the course could spell career-ending injury or even death.

For the storied Canadian men’s downhill team of the 1970s and 1980s, which included Jim Hunter, Dave Irwin, Dave Murray, Ken Read and Steve Podborski – the Crazy Canucks as they became known – the danger and thrill of the sport was a passion pursued around the globe with a goal toward an Olympic podium.

Of those men, it was Podborski who ultimately achieved Olympic glory. During his career, he claimed eight World Cup victories and became the first North American man to win an Olympic downhill medal, taking bronze in the 1980 Lake Placid Olympics. In 1982, Podborski became the first and still only North American to win the World Cup season title in the downhill. He first made the team at 16 and, in 1984, retired at the age of 26. “The day I quit was one of the toughest days of my life. I had been an athlete for my entire adult life,” explains Podborski. “I had a whole life ahead of me that was full of uncertainty.”

Since hanging up his skis nearly 35 years ago, Podborski’s life has been decidedly more certain with several reinventions along the way. He worked as a television broadcaster during the Winter Games in Nagano in 1998, Salt Lake City 2002 and Turin in 2006. “Being a broadcaster, what the hell is that?” jokes Podborski. “You got a headset, and a guy’s yelling at you, and you’re talking away. It was one of the craziest jobs I’ve done.”

Today finds the Toronto-born Podborski president and CEO of Parachute, a national organization dedicated to injury prevention. While the organization’s primary focus is helping to prevent injuries among children, the group’s platform includes seniors and falls (parachutecanada.org). “What happens, as I’m sure many people know,” says Podborski, “is that you trip on a rug or something that’s been in your life your whole life and then break your hip. Then you never come home again because you’re in the hospital and you might pass away.

“And to me, that’s a great shame because it may be that you have many years ahead of you and enjoying your kids and your grandkids and your great-grandkids. But this one little slip takes it all away. It’s heartbreaking. So we have a program called Finding Balance to teach practitioners, and it comes with online tools and other resources.”

When it comes to aging, Parachute’s approach to preventing injury starts with exercise and a healthy diet. “Your body is made to move. It really is happier if it goes for a walk every day at the very least,” advises Podborski. “Your heart works better, you have better circulation, your brain is brighter because you’re driving oxygen and blood through it and all the rest of your organs. But you also end up with a much greater chance of avoiding that tripping or tipping fall because you’ve actually used the muscles that hold you up.”

For many seniors, the thought of falling causes paralyzing fear. Perhaps because of his background as an athlete in a high-risk sport, Podborski’s approach to overcoming fear is part risk assessment and part common sense.

“As a ski racer, I didn’t want to fall not because I might get hurt but because I couldn’t win,” he explains. “So all of my injury-, all of my accident-avoidance was part of my ritual of performance. And so the whole notion of looking at [falling] from a negative point of view is one that I’d like [people] to get past. I think the trick is to take the appropriate precautions.”

The Parachute website’s section on fall prevention includes links to various articles, reports and videos that offer up statistics and tips to stay healthy and on your feet longer. “Parachute is about knowledge-based information, and we translate that crazy doctor stuff and research stuff into the programs that are most effective for this kind of challenge,” explains Podborski. “We’ve got so much information there, it’s kind of staggering but it’s well worth it.”