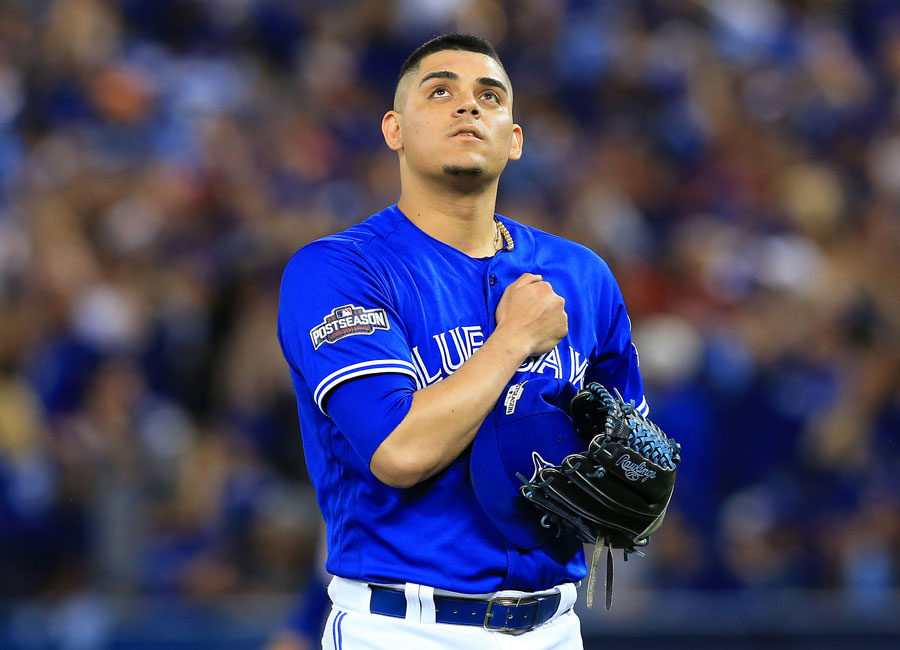 The Toronto Blue Jays general manager Ross Atkins looked as though he had taken a stand against domestic violence when he traded Roberto Osuna – that is, until he spoke about it.

As news broke that the Toronto Blue Jays had traded star pitcher Roberto Osuna for an inadequate return, most had assumed that the team’s management had taken a strong stance against domestic violence.

But after shipping out the superstar pitcher, who was arrested and charged with assault in May in connection with a domestic incident, Blue Jays general manager Ross Atkins appeared to shy away from the apparent moral reasoning behind the deal.

“We do feel a responsibility to the fans and we do feel empathy for the fans and we ultimately work for the fans,” Atkins said when asked if the optics surrounding Osuna played a role in the trade. “That’s how we do our jobs. We are human and it is very difficult for accusations not to influence us in some way.”

“Having said that, this made sense for the organization from a baseball perspective,” he went on to say.

The Blue Jays return for Osuna, however, says otherwise.

Although the Jays received a pair of pitching prospects from the Houston Astros, the deal also includes a potentially toxic personality in relief pitcher, Ken Giles, who once punched himself in the face while heading to the dugout following a frustrating 9th inning on May. 1.

Giles was eventually optioned to Triple-A Fresno on July. 11, the day after he appeared to curse at Astros’ manager for pulling him from a game.

So from a baseball perspective, the trade doesn’t make sense. It does, however, make sense as a moral stand against domestic violence or, at the very least, an attempt to uphold the organization’s reputation.

Even Astros manager Jeff Luhnow, who stands to take the most heat for bringing on a potential PR nightmare, was more forthcoming about Osuna’s legal troubles.

“The due diligence by our front office was unprecedented. We are confident that Osuna is remorseful, has wilfully complied with all consequences related to his past behaviour, has proactively engaged in counselling, and will fully comply with our zero tolerance policy related to abuse of any kind,” Luhnow said in a statement.

While Atkins was likely limited in what he could say about the assault charge that has yet to be proven in court, attempting to shroud the moral issue in baseball logic wasn’t the answer.

Osuna will be eligible to pitch for the Astros starting Sunday when his 75-game suspension under Major League Baseball’s domestic violence policy comes to an end.