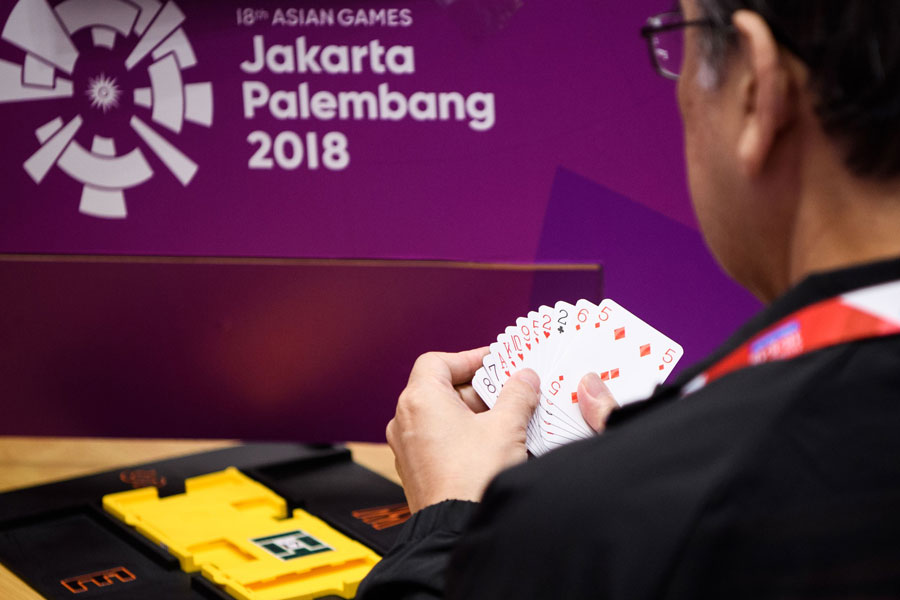 The flick of the wrist involved in playing a game of bridge can hardly be considered an athletic endeavour, but that hasn’t stopped the Olympic Council of Asia (OCA) from adding the game to this year’s Asian Games, the world’s second-largest multi-sport event after the Olympics.

The unlikely addition of the card game alongside traditional Olympic events such as swimming and basketball is owed in part to the lobbying efforts of 78-year-old Indonesian billionaire Michael Bambang Hartono, who is also one of 200 players competing in the bridge event.

According to Hartono, the president of the OCA was initially resistant to the idea not because of the lack of athleticism required in the game, but due to the connection many card games have with gambling.

“After we explained that bridge is also played in Islamic countries like Indonesia and has its own world championship, he accepted,” Hartono told Reuters.

Hartono, who heads both the South East Asia Bridge Federation and the lucrative tobacco conglomerate Djarum Group in Indonesia, says he sees similarities between the game and his professional life.

“The decision-making process is the same in bridge and business,” he told Reuters. “You gather information and data, make a conclusion, and plan a strategy”

Joining the business tycoon in the event are a number of older players including Filipino competitor Kong Te Yang who, at 85, is the game’s oldest competitor.

“We can hardly be compared to Olympians, whose motto is ‘faster, higher, and stronger’,” Yang said when asked by Reuters if he considered himself an athlete.

However, Yang says the game is strenuous in other ways.

“We have to look beyond the limits of our physical strengths. Bridge is actually very mathematical,” Yang says. “You must know the probability, you must know psychology, and you must have an open mind at all times.”

Hartono hopes to one day bring bridge to the Olympic Games, which isn’t as far-fetched as it might sound. Although a bid for it to be included in the 2020 Tokyo Summer Olympic Games failed, the International Olympic Committee has recognized the World Bridge Federation as a “sport organization.”

“We dream that bridge will be a competition too at the Olympics,” Hartono told Reuters. “This is our next fight.”