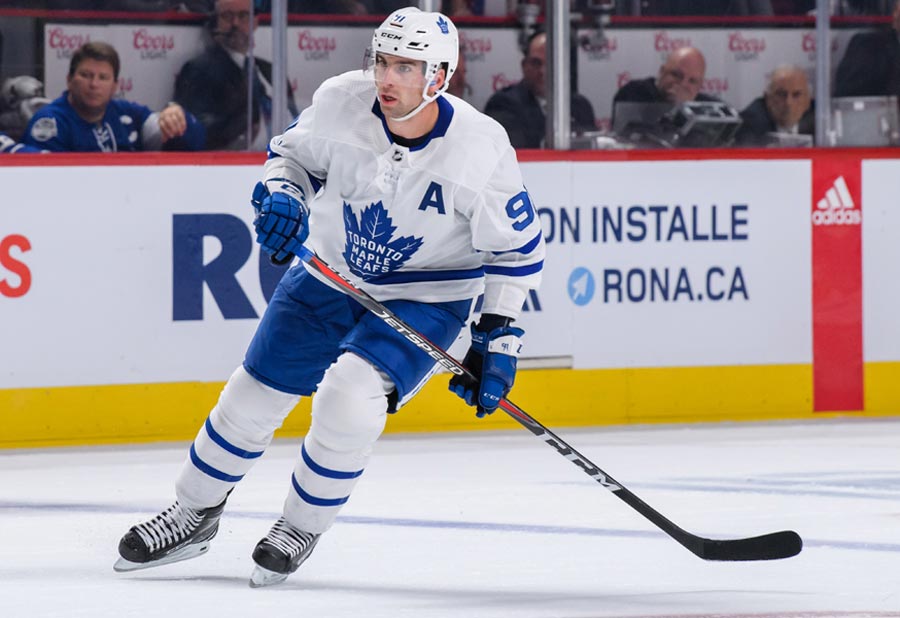 With the NHL dropping the puck to kick of the 2018-2019 season tonight, let’s take an west-to-east look at how the season could shape up for the Canadian teams.

This is the first year of the post Sedin era in the NHL, as star forwards Henrik and Daniel both called it quits at the end of last year. While fans will miss the clever pair the twins always provided, they won’t be disappointed with their new rising star Brock Boeser, a scintillating goal scoring forward. But that’s about all fans will be excited about as, with the exception of Bo Horvat, the team lacks offensive punch. And with a no-name defence and a subpar goaltending, the Canucks are looking several years down the road before they are competitive.

Outlook: Enjoy Boeser and ignore the rest — this season will be ugly.

Coach’s Wisdom: “The game is changing fast. People think it’s being over-coached but coaches are good and players are smart at young age and understand the game. If your details aren’t good you’re going to lose.”
— Canucks’ Coach Travis Green has the last part right, anyway.

The Flames missed the playoffs last year for the seventh time in the last nine seasons. And while the team has superior offensive talent — Johnny Gaudreau, Sean Monahan and Matthew Tkachuk — the team really needs secondary scoring and hope that a rejuventated Sam Bennett and the newly signed James Neal can provide that. Noah Hanifin, who replaces Dougie Hamilton on defence, and Mark Giordano will provide reliable defence. But it’s unlikely the Flames will get a rebound season from 36-year-old Mike Smith rebound.

Outlook: The best the Flames can hope for this year is to squeak into the last playoff slot — a tall order in the highly competitive Western Conference. In reality, they will miss the playoffs for the eighth time in ten years.

The Oilers missed the playoffs last year, despite the fact everyone was picking them to play deep into the spring. Led by the ridiculously talented Connor McDavid, power forward Leon Draisaitl and the mercurial Ryan Nugent-Hopkins, the Oilers should be sound up front. However, other than those three, no one could score last year and there isn’t any reason to suppose this year will be different. And unless Adam Larsson and the defence recover from last year’s fiasco, it could be another longer winter in Edmonton. The big key is the play of goalie Cam Talbot — his failure to make any big saves last year doomed the team by December.

Outlook: While McDavid will make the Oilers a fun team to watch, don’t expect much from the rest of the crew. There’s a distinct lack of cohesion on this team, which means they will once again be watching the playoffs from the sidelines.

Coach’s Wisdom: “Who are we? Who do we want to be? And how do we get there? And who are you as an individual? Even if you had a great year, who are you? And what do you bring to the table?”
– Oilers’ coach Todd McLellan’s preseason existential crisis doesn’t bode well.

This is a team built for now. After finally winning the first NHL playoff series in franchise history, the Jets eventually succumbed to the Las Vegas Golden Knights in the Conference Finals. Scoring will not be a problem for this team, as Mark Scheifele, Patrik Laine, Nikolaj Ehlers, Kyle Connor and Black Wheeler can a put the puck in the net. They need a gritty centre after losing Paul Stastny in the offseason. The defence is solid and will largely rest on the play of Dustin Byfuglien. However goaltending is the big question: is Connor Hellebuyck, who had a good year but flamed out in the playoffs, good enough to lead the Jets to the promised land?

Outlook: The Jets are an exciting team which will please their electric fanbase. Playoffs yes. Stanley Cup? Maybe, but it’s up to Hellebuyck.

Coach’s Wisdom: “There’s going to be way more adversity this season than people think we should have. That’s what changes the expectations, the idea that somehow, some of this is going to get easy. That’s the kiss of death for you.”
– Jets’ coach Paul Maurice explains the dangers of letting success get to your head.

Stanley Cup-parade planners are working overtime in Toronto as fans are predicting nothing short of glory for the Buds. One thing’s for sure, this team will score. Newly acquired John Tavares will add more punch to a lineup that already includes Auston Matthews, Mitch Marner, Nazem Kadri and William Nylander (if and when he works out a new contract). Oddly, the Leafs did nothing to address their big weakness from last year: defence. Unless they make a big trade, the team is going with the same crew — Morgan Riley, Jake Gardiner, Ron Hainsey — that couldn’t get it done in last year’s playoffs. Goalie Frederik Andersen is good, but he can’t be expected to make 40 saves every night.

Outlook: Once again, there will be playoff hockey again in Toronto. But without additions to the defensive corps, overly enthused fans will have to wait yet another year for Stanley Cup

Two seasons ago they were within one game of the Stanley Cup finals. This year, everyone is picking them for last place. Small wonder. Without superstar defenceman Erik Karlsson or sniper Mike Hoffman, the one-two punch of Mark Stone and Matt Duchene won’t inspire fear into opposing goalies. Fans will have to pin their hopes on the future, which, beyond the promise of young D-man Thomas Chabot, looks really bleak.

Coach’s Wisdom:“I like our group, I like the energy and bringing some new guys in. There will be some heartaches, we all know that, but you start with a new group, a number of new players — regardless of their age or experience — but just the number of new faces poses its difficulties.”
– Coach Guy Boucher reveals this year’s Ottawa Senator’s marketing campaign: “Heartache and Difficulties”

Last year’s miserable season forced the Canadiens to suddenly switch gears and admit the team wasn’t going anywhere. Gone are scoring forwards Max Pacioretty and Alex Galchenyuk replaced by underwhelming forwards such as Max Domi and Tomas Tatar. Besides Brendan Gallagher, this team will be hard-pressed to score and with aging defenceman gone until mid-season, don’t expect them to keep the puck out of the net, even if all-world goalie Carey Price rediscovers his game.

Outlook: The Habs will be out of playoff contention by November.

Coach’s Wisdom: “What I’m looking for is a hard-working team that’s going to be strongly united and is going to push in the right direction.”
– Habs’ Claude Julien isn’t exactly bullish on the team’s chances either.