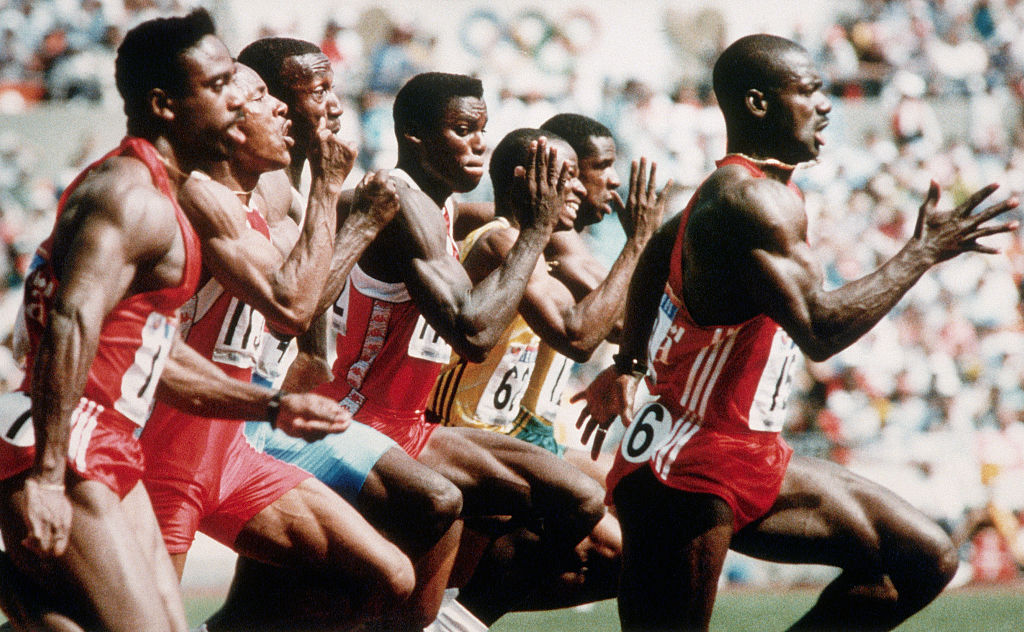 This story originally appeared on EverythingZoomer.com on Aug. 9, 2016.

Whenever you have a heady mixture of corrupt politicians, greedy officials, a powerful money-making machine and young athletes with the bodies, sex appeal and egos of demi-gods—with a hell-bent dedication to win gold at any cost—it will inevitably make for a combustible cocktail.

Factor in the drama, fame and adrenaline of the human body being pushed to its limit while televised live to a global audience, and it becomes a potential breeding ground for scandals, controversies and, in some cases, horrifying tragedies.

Welcome to the modern Olympic Games, a sporting event where it’s not all fun and games. Whether it’s doping or biased judging, it’s always been plagued by scandal.

This upcoming Summer Olympics in Tokyo will be no different. For the second Olympics in a row, Russia was banned after failing to meet anti-doping standards. A state-sponsored doping program also kept them out of the 2018 Winter Olympics. If the ban is upheld, Russian athletes who are permitted to compete will once again be stripped of their flag and anthem and compete under a neutral flag.

For Russia, scandal is somewhat of an Olympic tradition. A number of Russian athletes were also banned ahead of the 2016 Summer Olympics in Rio — including their entire track and field team — as news of their state-sponsored doping program came to light.

With an event that draws such a mass gathering of countries, ultimately politics will come into play and overshadow the camaraderie of the Games’ spirit often with tragic consequences. In 1972, at the Olympics in West Germany, Israeli team members were taken hostage by Palestinian guerrilla forces. In a rescue attempt, several athletes were shot and killed and the incident became known as the Munich Massacre.

Often times, the salacious bits of news steal the spotlight from the competition and sportsmanship and go down in history with the dubious distinction as the most memorable thing from the Games that year.

Here, we remember the epic scandals and controversies of Olympic Games past. Even the clean-cut image Canada projects onto the world doesn’t make our country immune to Olympic scandals. Perhaps the most infamous—and this was because they were legendary rivals—took place at the 1988 Summer Games in Seoul when Canadian sprinter Ben Johnson beat American Carl Lewis in the 100-metre dash in 9.79 seconds, thereby setting a new world record.

A few days later, Johnson’s gold medal was taken away when he tested positive for performance-enhancing steroids. However, he may not have been the only sprinter with an unfair advantage on the track. Five of the other seven men in that 100-metre final tested positive for performance-enhancing drugs over the course of their careers, including Lewis, who was awarded Johnson’s gold when he was disqualified.

Johnson would later redeem himself at the 1992 Barcelona Olympics, only to test positive a year later for testosterone.

Handed a lifetime ban from the Olympics, the disgraced athlete would go on to show his sense of entitlement when he told an Argentinian newspaper, “I know I am the fastest man in the world and no-one can deny it. My only mistake was to run too fast. Drugs cannot make you break a world record, they only improve you by 25 percent.” Back in the Montreal Games in 1976, there was something not quite right with the way the East German women’s swim team looked, according to observers. Not only did they look like super athletes but they also looked masculine and somewhat different compared to other female swimmers.

They would go on to win 18 medals (11 gold) and by the next Olympics in 1980 they would win 26 medals (11 gold). It wasn’t until the 1990s, after the unification of East and West Germany, government files were discovered that showed doctors and coaches administered steroids to the East German swim team and also state-sponsored drugging of athletes were widespread with estimations that at least 10,000 athletes were doped from as early as 1968.

Today some of those athletes have spoken out about the many health issues they now endure and how they were often mislead into taking the drugs as doctors often told them they were vitamins. A day later, a French judge admitted she was pressured to give the Russian duo higher points in exchange for a higher score for the French ice dancing team. The public outcry not only lead to the Canadian duo later being awarded gold medals, but also lead to a complete overhaul of the judging system for ice skating programs. Who knew that ice skating could take on blood sport proportions? Back in 1994, American figure skater Nancy Kerrigan was attacked by an assailant who tried to break her leg with a baton. The attack happened to be captured by news cameras and it was later discovered the attacker was the ex-husband of fellow American figure skater, Tonya Harding.

The media frenzy that followed shaped the story into a classic “good girl versus bad girl” epic drama and, by the time the Lillehammer Winter Olympics rolled around, the ice skating event was one of the most anticipated that year. Although it didn’t have a perfect fairy tale ending, the Ice Princess—as Kerrigan was dubbed by the press—took home the silver medal. Harding—the tough girl born on the wrong side of the tracks—placed 8th overall. 5. Hitler and The Games

The IOC selected Berlin to host the 1936 Summer Games. However, as Adolf Hitler’s power grew in the lead-up to the Games, the dictator started to regard the event as a showcase for his personal agenda. Several countries were alarmed and called for a boycott of the 1936 Games altogether.

Avery Brundage, the fifth President of the IOC, had this to say regarding those concerns: “I was given positive assurance in writing…that there will be no discrimination against Jews. You can’t ask for more than that and I think the guarantee will be fulfilled.”

Nonetheless, several German athletes were barred from competing and, in the end, there was only one Jewish athlete on the German team. When African-American long jumper Jesse Owens won the gold medal, some reports claimed the German Chancellor didn’t shake his hands, while others later claimed Owens himself told them that they did shake hands.

However, upon his return home, US President Franklin D. Roosevelt did not greet Owens — as was customary — even though the Olympian brought home four of the 11 gold medals the US won that year at the Games. 6. A Not So Inspirational Story

Although the shocking murder of his girlfriend, Reeva Steenkamp, occurred after the 2012 Summer Games in London, South African sprinter Oscar Pistorius caused a stir that year. He was the first amputee sprinter to ever compete at the Olympic Games (as opposed to Paralympics). Debate raged as to whether or not Pistorius’ prosthetic legs gave him an unfair advantage over the other athletes.

However, the “fastest man on no legs”—an inspiration to many across the globe—was later convicted for shooting Steenkamp in their home on Valentine’s Day in 2013. His defence claimed he’d mistaken her for an intruder. He was sentenced to six years in prison.