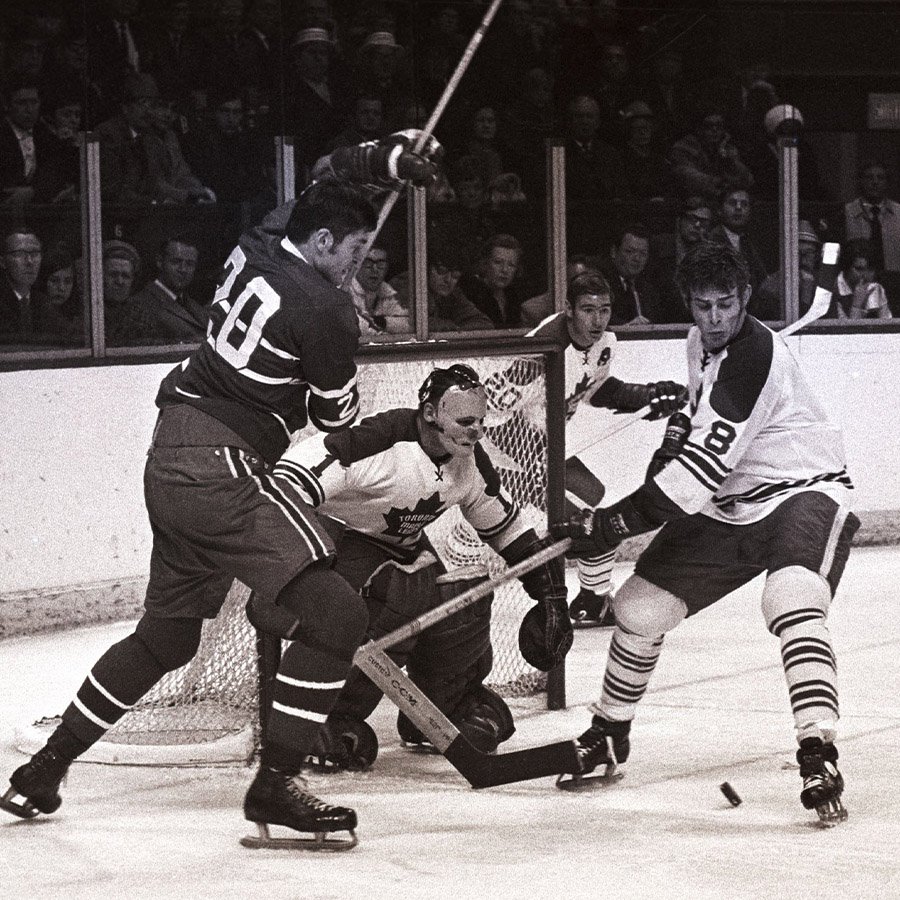 Toronto and Montreal hockey fans who’ve longed for a potential playoff matchup for years will finally see the heated — and historic — rivalry between their two squads play out in the post season again.

The Original Six franchises will kick off their first round series in Toronto on Thursday night, 42 years after their last playoff meeting in 1979 — a series that ended when Canadiens great Larry Robinson scored in overtime to eliminate the Maple Leafs from the second round.

And while both teams will host their games in empty stadiums for now, they’re well aware of the historical significance of the series.

“It’s not quite the same when the buildings are empty, but we know there’s going to be a lot of people in front of their TVs,” he added. “We’re looking forward to a very physical, competitive and hard-fought series.”

Montreal, however, could potentially have a few thousand spectators in the Bell Centre for Game 6 following a Quebec government announcement relaxing pandemic restrictions.

“A lot of rich history in this league over the last 100-plus years,” he said in the same CTV News story. “It’s pretty incredible.”

The COVID-19 pandemic played a key role in ending the Montreal-Toronto playoff drought after the league was forced to create a one-and-done North Division consisting of all seven Canadian teams due to restrictions placed on non-essential travel across the Canada-US border.

Since 1917, the first year of the NHL, the two oldest Canadian franchises have met 15 times in the post season, with the Canadiens owning the slightest edge of series wins at 8-7.

Here’s a look at the historic battles that have taken place between the two clubs over the years.

1917-18
Winner: Toronto
The Toronto Arenas (the franchise wasn’t known as the Maple Leafs yet) play the Montreal Canadiens in the NHL’s final, winning a two-game, total goal series 10-7. After defeating Montreal, Toronto goes on to win the Stanley Cup, defeating the Vancouver Millionaires (Pacific Coast Hockey Association champs) in a best-of-five series.

1924-25
Winner: Montreal
The two teams meet in the NHL semi-final, with Montreal taking the series this time. Montreal then plays the Victoria Cougars (Western Canada Hockey League champs) who defeat the Canadiens, becoming the last non-NHL team to capture the Stanley Cup.

1943-44
Winner: Montreal
With both line-ups decimated by players who have signed up to fight in the Second World War, the Canadiens, led by Maurice “Rocket” Richard, beat the Leafs 4-1 in the semi-finals. The Habs go on to beat the Chicago Blackhawks in the finals.

1944-45
Winner: Toronto
In another season affected by war, the Leafs prevail over the Canadiens in the semis, before defeating the Detroit Red Wings 4-3, in a best-of-seven final. The Leafs were led by rookie goaltender Frank McCool, who suffered from an upset stomach, earning him the nickname “Ulcers.”

1946-47
Winner: Toronto
This time the two rivals meet in the finals, with the Leafs winning the series 4-2. A young Teeder Kennedy leads Toronto with three goals, including the Cup winner. Worried about fan violence in Montreal, league president Clarence Campbell cancels the traditional on-ice presentation of the Stanley Cup to the Leafs.

1950-51
Winner: Toronto
Once again, the Leafs beat their rivals in the finals, winning the series 4-1 with all games going into overtime. Leafs’ defenceman Bill Barilko is the hero, scoring the Cup-winner. Sadly, he dies that summer in a plane crash, his passing memorialized in the Tragically Hip song “Fifty-Mission Cap.”

1958-59
Winner: Montreal
After an eight-year hiatus, the two teams renew hostilities. This time, Montreal takes the series and the Cup, 4-1 in games. The Canadiens, in the midst of winning five straight Cups, were loaded with talent, taking five of six positions on that year’s first All-Star team.

1959-60
Winner: Montreal
Once again Toronto and Montreal face off in the finals, with the Habs sweeping the Leafs in four games. It was the final playoff triumph for Rocket Richard, who retired the following season.

1962-63
Winner: Toronto
The first-place Leafs defeat the Canadiens in the semi-finals. The Leafs go on to beat the Detroit Red Wings in the finals, led by the goaltending of Johnny Bower and the Cup-winning goal by Eddie Shack.

1963-64
Winner: Toronto
Another semi-final battle, another Leaf win — this time in a tightly contested series, four games to three. Toronto wins the Stanley Cup in a highly exciting 7-game series against the Red Wings.

1964-65
Winner: Montreal
The Leafs face-off against the Habs in the semi-finals, with Montreal taking the series 4-2. Montreal wins the Cup against the Chicago Blackhawks, with Jean Beliveau leading the way with 8 goals in 13 games.

1965-66
Winner: Montreal
The fourth straight year the teams meet in the semis, Montreal breezes through this clash, winning all four games. Montreal goes on to take the Cup, defeating the Red Wings in six games.

1966-67
Winner: Toronto
A veteran Leaf team coached by Punch Imlach meets the Canadiens in the finals, with Toronto winning in six games. This victory marks the last time the Leafs ever won a Cup, which is currently the longest drought in the NHL.

1977-78
Winner: Montreal
Led by Guy Lafleur, Jacques Lemaire and Larry Robinson, the last great Montreal team destroys the Leafs in the semi-finals, 4-0. The Habs go on to win the Cup, beating the Don Cherry-coached Boston Bruins in the finals.

1978-79
Winner: Montreal
This quarterfinal series between the two rivals is again no contest: Montreal defeats Toronto in four straight. The Habs go on to defeat the New York Rangers in the finals, winning their fourth consecutive Stanley Cup.

A version of this story was originally published in 2013.