The Curse Continues: A Look at the Key Numbers that Define 54 Years of Toronto Maple Leaf Playoff Futility 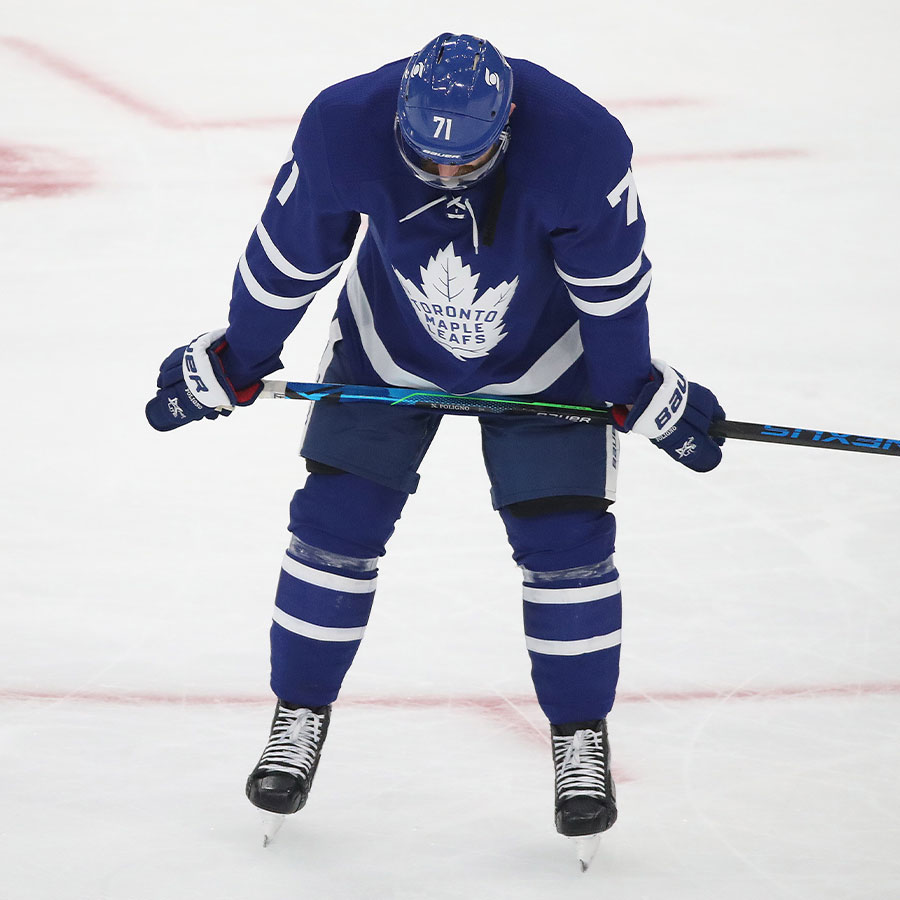 Toronto Maple Leafs left winger Nick Foligno following his team's loss to the Montreal Canadiens in game seven of the first round of the NHL playoffs at Scotiabank Arena on Monday. The Leafs blew a 3-1 series lead and have not won a post-season series in 17 years. Photo: Steve Russell / Toronto Star / Getty Images

The Toronto Maple Leafs season ended prematurely with a dreary 3-1 loss in the Game 7 clincher to their long-time rivals, the Montreal Canadiens, on Monday night. The Habs now go on to the second round to play the Winnipeg Jets. The Leafs go home for yet another long summer.

This latest stunning Leaf playoff loss is eerily similar to past playoff collapses that have haunted Leaf fans since the team last won the Stanley Cup in 1967.

After blowing a 3-1 series lead to the lowly Habs, there was a lot of talk on social media last night that the team is cursed. That might be the only explanation.

Every spring, it seems, the Leafs give their rabid fan base a glimmer of hope that this might be the year. But each year, the team snatches away that hope with a dramatic loss, leaving the devastated and baffled players trying to explain how they let yet another one get away.

Let’s look at some of the key numbers that define the Leafs astounding run of playoff failure.

550 The number of front-line health workers who were allowed into last night’s game only to watch their beloved Leafs blow yet another playoff series.

54 The number of years it’s been since the Leafs last won the Stanley Cup. They are now tied with the New York Rangers (1940 – 1994) for the longest Cup drought ever.

8 The number of Cups the Canadiens have won since the Leafs’ last championship season.

24 The number of coaches the Leafs have employed during that time.

17 The number of years since the Leafs last won a first-round playoff series. They defeated the Ottawa Senators in 2004.

18 The number of points that separated the first-place Leafs over the fourth-place Habs in the regular season standings.

0 The number of experts who picked Montreal to win this series.

41 the number of goals Auston Matthews scored during the regular season to lead the league.

35 The number of shots Matthews had in the seven games against Montreal goalie Carey Price.

1 The number of goals Matthews scored in the series.

$22,000,000 The combined salaries of Matthews and Mitch Marner, who scored one goal between them against Montreal.

$750,000 The salary of Habs winger Corey Perry, who scored two goals in this series, doubling the output of the Leafs’ highly paid dynamic duo.

41 The age of Leaf forward Joe Thornton, who signed with the team in the hopes of winning his first Cup ever. It’s looking like ol’ Jumbo will skate off into the sunset without his ring.

91 The number worn by Leaf captain John Tavares. His injury in Game 1 proved devastating, as Marner and Matthews were unable to carry the offensive load.

1 and 2 The overall ranking for the hashtags #choke and #pathetic on Twitter’s trending list immediately after the game last night.