Rather Than “Retire,” Tennis Great Serena Williams Takes the Reins of Her Own Personal Evolution 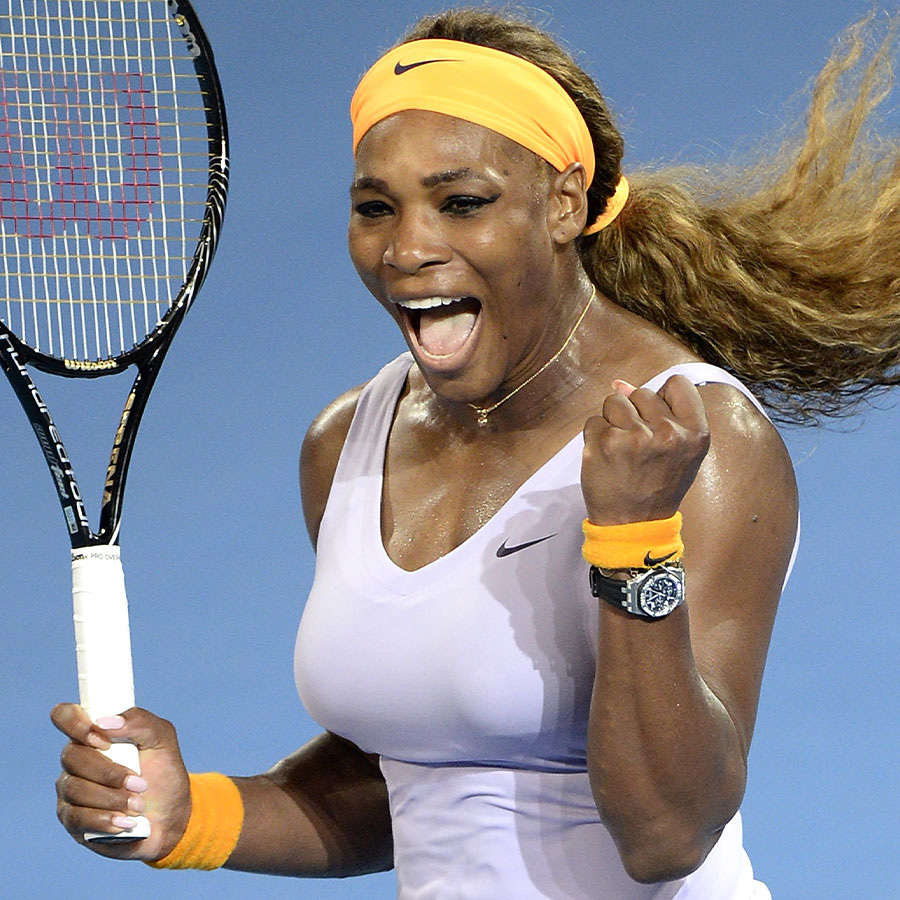 Serena Williams celebrates victory after winning her finals match against Victoria Azarenka of Belarus during day seven of the 2014 Brisbane International at Queensland Tennis Centre. Williams announced in 'Vogue' magazine that she's planning to step away from the sport she's dominated for years. Photo: Bradley Kanaris/Getty Images

Serena Williams, one of the greatest tennis players of all time, has announced that she will be retiring from a sport that she has dominated since the turn of the century. Last night, she played her final match in Canada after which she offered a tearful farewell to fans.

Williams, 40, made the announcement on Tuesday in an article she penned for Vogue.

It was fitting that the greatest female pro athlete of all time chose to announce her career intentions in a fashion magazine — during her lengthy career Williams effortlessly criss-crossed between sport and style, becoming a major star in both endeavours.

One of the the more interesting aspects of her article was how she danced around saying the word R-word. “I have never liked the word retirement. It doesn’t feel like a modern word to me,” she writes. “Maybe the best word to describe what I’m up to is evolution.”

To Williams, retirement implies slowing down or an end; evolution, on the other hand, suggests new challenges lie ahead. Even after all the ups and downs of her astounding 27-year pro career — the titles, the prize winnings, the adulation, but also the the losses, the travel, the injuries, the workouts, the struggle with weight — Williams still finds it extremely hard to walk away from the sport she revolutionized. “I’m going to miss that version of me, that girl who played tennis,” she writes.

There’s no doubt that she could continue playing and, like other older athletes such as Tiger Woods or Tom Brady, continue to win, break down age barriers and remain competitive and relevant well into her 40s. Williams astounded everyone by winning grand slams, tournaments and maintaining her world rankings well in her 30s. And there is no reason to think that she couldn’t remain competitive into the next decade.

But she wants to have another baby. She wants to expand Serena Ventures, the investing firm that provides start up money to help companies get their ideas to market — the majority of which are run by women or people of colour. She still has her feet in the fashion and entertainment worlds as well as in charitable work and activism.

“I’m turning 41 this month, and something’s got to give,” she writes. “I don’t want it to be over, but at the same time I’m ready for what’s next.” There’s a lot going on in her life and she just can’t devote the time and energy it takes to remain successful on the women’s tour. So, reluctantly, she’s leaving the court to take on new challenges.

While her post-tennis career evolution takes shape, fans will inevitably look back at her on-court exploits with wonder and awe. Over the course of her career she won 23 slam singles titles, including seven Wimbledon and Australian titles, six U.S. Open and three French Open championships. Tennis great Roger Federer recently called her the “greatest tennis player of all time. Overall.”

It’s hard to argue with Federer’s assessment. When turning pro in 1995, she revolutionized the sport in a way only the greatest can do. The women’s game had luminaries before her — Margaret Court, Billie Jean King, Chris Evert, Martina Navratilova and Steffi Graf — but none could match Williams.

At her best, she elevated her game to a place no female player had ever taken it. She dominated opponents with her speed, overwhelming serve, powerful groundstrokes and ability to  get to any ball and return with force and precision. At times, it seemed like she was playing a different sport than the other women — there was Serena and then there was everybody else.

She wasn’t only physically superior but she also had an understanding of the game and mental fortitude that allowed her to win matches, instilled in her from his very first teaching sessions on the court.

“She’s just an amazing athlete,” said commentator and former tennis pro John McEnroe. “But even more so … her will. She’s come back from more matches where she’s match-point down than any player I’ve ever seen and won the tournament or won that match and that’s not easy to do.”

In a sport that was mainly composed of white players, the on-court success of Serena, and her sister Venus, broke down barriers and encouraged younger Black women to take up the game.

“Tennis being a predominantly white sport, it definitely helped a lot. Because I saw somebody who looked like me dominating the game,” says Coco Gauff, whose own style mirrors that of her idol.

Before Williams completely evolves away from tennis, she played her last match in Canada on Wednesday at the Canadian Open in Toronto. She bowed out of the tournament, losing her second-round match in straight sets to Switzerland’s Belinda Bencic. The result of the match, however, was largely irrelevant to fans at the National Tennis Centre, who celebrated the great star throughout the match, holding up signs saying “Thank you” and “GOAT.”

After the match, Williams was given a bouquet of flowers as well as gear from the Toronto Maple Leafs and Raptors. She said that she “always loved” playing in Toronto. and thanked the fans for their support. “It’s been a joy playing in front of you guys all these years,” she said.

Fans will remember her finals loss to Canadian Bianca Andreescu in 2019. In tears on the sideline, the young Canadian upstart consoled the legend. While it was a touching moment, it seemed that following this defeat was the first time Williams finally realized she could no longer dominate the game.

“I’m sorry I couldn’t do it today — I tried,” said an emotional Williams after that match, as if she had to apologize to the crowd for a rare poor showing. The legend realized that her days at the top were ending and playing the role of runner-up wasn’t one that fit her well.

Perhaps it was at that point that the evolution began and culminated with her pondering how she would define her legacy in her Vogue article.

“I don’t particularly like to think about my legacy. I get asked about it a lot, and I never know exactly what to say. But I’d like to think that thanks to opportunities afforded to me, women athletes feel that they can be themselves on the court. They can play with aggression and pump their fists. They can be strong yet beautiful. They can wear what they want and say what they want and kick butt and be proud of it all.”