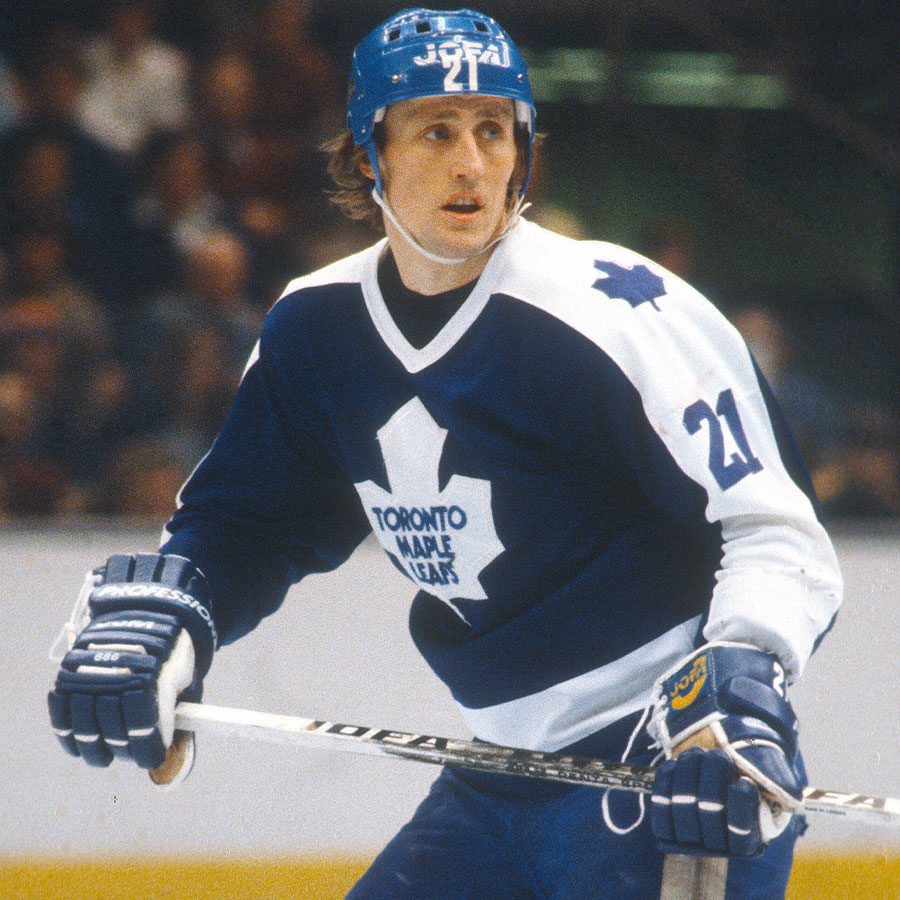 Borje Salming of the Toronto Maple Leafs skates against the New York Rangers during an NHL Hockey game circa 1981 at Madison Square Garden. Photo: Focus on Sport/Getty Images

Borje Salming, the legendary defenceman who played for the Toronto Maple Leafs and became one of the most popular athletes in the city’s sports history, has passed away at the age of 71. He had been suffering from the progressive nervous system disease amyotrophic lateral sclerosis (ALS), also known as Lou Gehrig’s disease.

A graceful and hard-working defenceman, who played for the Leafs between 1974 and 1989 (he played his final NHL season in Detroit), Salming’s deft skills and keen understanding of the game made him a force at both ends of the ice, a perennial All-Star and, eventually, a Hall of Famer.

He was “the most talented player to ever wear the Toronto Maple Leafs uniform,” said former Toronto captain George Armstrong. So good they nicknamed him “King” and put a bronze statue of him outside Scotiabank Arena alongside other Leaf greats.

Salming, who was born and raised in Kiruna, Sweden, was also a pioneer in the sport, carving a path for future generations of European players to make it to the NHL. When he arrived in Toronto in 1973, the NHL was populated by North American players, the large majority of whom were Canadian. The prevailing belief was that European players, especially Swedes (or “Chicken Swedes” as they were commonly referred to), would not be able to survive the league’s physical brand of play.

The young Swede not only proved his skill on the ice but also his mettle as he courageously stood up to all the punishment dished out by fellow NHL players. Hockey in that era was an incredibly violent game and the toughest of all the teams was the Philadelphia Flyers, otherwise known as the “Broad Street Bullies.”

The Flyers were stocked with thugs who flaunted the rules and intimidated their foes, brawling their way to consecutive Stanley Cups. And whenever the Leafs and Flyers squared off, Salming — the “soft European” — was inevitably the target of these goon tactics.

The video below (which is not for the faint of heart) shows Salming (wearing No. 21) nearly getting decapitated by a Philadelphia forward. Although Salming detested fighting and thought it should be eliminated from the sport, he would never back down — and didn’t in this instance. This game was so violent that, after it ended, Ontario’s attorney general charged several of the Philadelphia players with assault.

“I don’t think we knew it was going to be that rough like it was in the beginning of the ’70s. That wasn’t the way we played in Europe. But you had to adjust,” said Salming, who won the undying admiration of Leaf fans for the courage and nobility he always displayed during those first challenging years.

He went on to a fine career and, although team success in the form of a Stanley Cup eluded him, he still owns all of the Leaf records for defencemen, including games, goals, assists and points.

Following his time in Toronto, Salming played one season with the Detroit Red Wings (1989-1990) before wrapping his playing career with three more seasons in the Swedish Hockey League. In 1996, he became the first Swede elected to the Hockey Hall of Fame.

When his playing days ended, he stayed in Sweden, where he published a cookbook and worked to popularize floorball, a form of indoor hockey that’s popular in Europe.

But his heart remained in Toronto and he dreamt of returning one day to watch his old team win a Stanley Cup. Unfortunately, those dreams never materialized; “With the Leafs, it’s always next year,” he would ruefully say.

On Nov. 11, the Leafs honoured their legendary defenceman in a moving pre-game ceremony for his “impact on our club and our game.” His body and facial expressions contorted by the ravages of ALS, Salming managed to display some of his legendary courage, somehow walking out to centre ice and dropping the ceremonial puck before the game.

As he had done so many times during his long career, Salming painfully raised one arm to acknowledge the cheers and salute Toronto fans. The ovation that followed was long and deafening; grown men and women who remembered his heroic exploits, brushed away tears and, knowing it was their last chance, offered a final tribute to their great and noble warrior.

The Last of the “Flying Frenchmen”: Montreal Canadiens Great Guy Lafleur Dies at 70