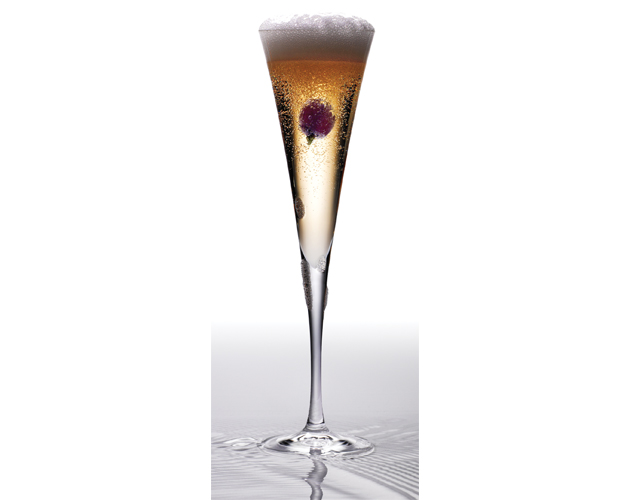 With the holiday season upon us, of course, with it, comes cocktails. Being intrepid, we love to try something new, or a new twist on an old classic. Consider this your one-on-one cocktail session with Simon Hooper (above), Diageo Canada’s Reserve Brand Ambassador – and co-owner of the award-winning cocktail bar, Rush Lane & Co., in Toronto’s Queen St., West neighbourhood – who gave us his recipes and tips for making spirits, well, bright, from eggnog to Caesars.

His big tip: always put the least expensive ingredient, say lime juice or ginger beer – rather than cognac, into your shaker first, in case you mess up. Simon also gave us a tip on the easiest way to make simple syrup. (Instagram video @simondangr)

And don’t forget to make that merry responsibly, arrange for designated drivers and taxis, or have a good old fashioned sleepover! Merry, merry! Simon’s tip: “Always start with the egg first, so that if a bit shell drops into your shaker, or you mess it up, you can remove it or dump it out and start again.” He also suggests using a strainer while pouring the finished mixture through another strainer, before pouring into a serving glass. A variation of the Russian cocktail. Simon says: “The Moscow Mule was first invented for Smirnoff Vodka, but this one’s made with Ketel One – and Ketel One has a pronounced note of citrus that works for this drink.” Made with Captain Morgan Rum that’s infused with spice, to take the guesswork out. A one-up on a the French 75, Simon offers this tip: “If you don’t have sparkling wine or Champagne, Chardonnay and Soda can simulate the sparkling effect.” The Canadian classic, with a bit of rock ‘n’ roll thrown in. ‘Nuff said. Grand Marnier’s tropical notes add a bit of winter escape to this cocktail.