11 Things To Know About Chrismukkah 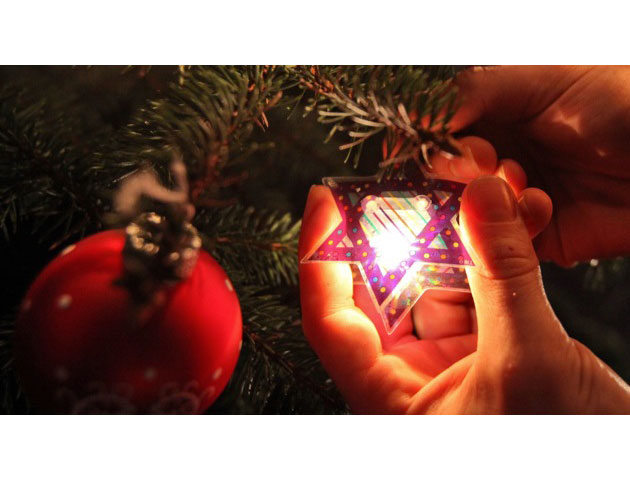 Christmas Eve 2016 is also the first eve of Hanukkah, when Jews light the first candle on the menorah.

What this means and how the holidays are different or the same:

5. Ugly Sweaters that do double duty as Christmas and Hanukkah sweaters are twice as ugly and therefore especially coveted. They proudly proclaim subversiveness in every way. Typical designs include a reindeer with a menorah on its head instead of antlers and a menorah that has candy canes instead of candles.
Google Chrismukkah ugly sweaters for more horrors or find more tasteful interfaith accessories at interfaithliving.com.

7. Children of both religious denominations are no longer content with the simple gifts; oranges for Christmas and chocolate coins for Hanukkah. Christian and Jewish children want the same things for the shared holiday: drones, iPhones, robots, Florida vacations, Hatchimals (good luck with that!).