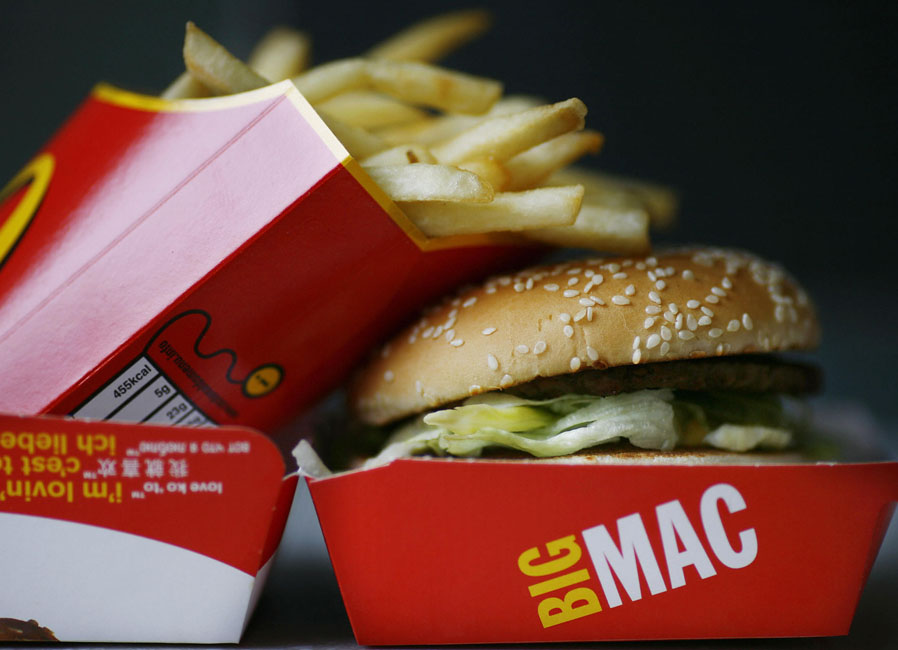 It turns out the Big Mac is a boomer. The famed McDonald’s sandwich, first served in Canada in 1968, hits the big 5-0 milestone this year, which is being celebrated today with the re-launch of the Big Mac Bacon.

Originally touted as being for those with a “Bigger than average appetite,” the Big Mac grew to become the signature sandwich of the Golden Arches and one of the most famous fast food items in the world. With its double-decker appeal and tag line, “Two all-beef patties, special sauce, lettuce, cheese, pickles, onions – on a sesame seed bun,” the sandwich spurred countless imitators from other fast food chains.

Oddly enough, though it was invented by Pittsburgh-based franchisee Jim Delligatti – who opened a museum dedicated to his creation – it was a McD’s advertising secretary named Esther Glickstein Rose who coined the name “Big Mac.” The moniker beat out two earlier suggestions, the Aristocrat and the Blue Ribbon Burger, neither of which succeed in emphasizing the sandwich’s, ahem, “beefed up” branding like the name “Big Mac.” And while diners in the United States consume more than half a billion Big Macs every year, a press release today notes that, in Canada, more Big Macs are eaten in the province of Quebec than anywhere else in the Great White North.

As for the man who started it all, Delligatti is said to have eaten one of his creations every day and he died in 2016 at age 98, meaning the Big Mac could also prove to be the world’s first anti-aging burger. Sounds far-fetched but, if it’s true, then that is some very special sauce.

The Big Mac Bacon is available until January 30.