Cocktail Hour Aboard The Orient Express: Part 3 of Our Journey 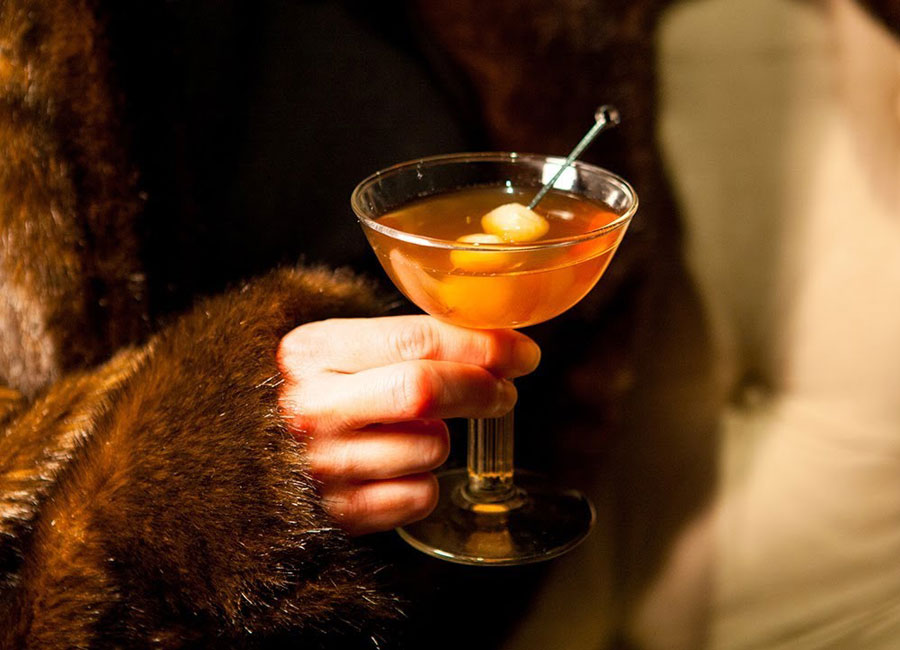 Drink like a suspect on The Orient Express with this classic cocktail recipe.

“Hemlock in the cocktails, wasn’t it? Something of that kind.” -The Mirror Crack’d from Side to Side

READ PART ONE OF OUR ORIENT EXPRESS JOURNEY

By the year 1934, when the story of Murder on the Orient Express takes place, American Prohibition has just been repealed and although they did not suffer through Prohibition, the changing alcohol tastes in America influenced English and continental drinking habits.

The Jazz Age was a time of creative concoctions to mask the harsh edges of illicit bathtub gin—of mixed drinks like the Bee’s Knees, Sidecar, Southside, Tom Collins and Gin Rickey. As head bartender at London’s Savoy Hotel, Harry Craddock was one of the most famous cocktail makers and the publication in 1930 of his The Savoy Cocktail Book popularized and codified many now-familiar classics like the Corpse Reviver.

As the historic Orient Express sped from Paris to Reims in February Davis mixed a round of “The Valet,” a refreshing astringent cocktail inspired by the Amber Moon hair-of-the-dog served to Mr. Ratchett in the 1974 film adaptation. Sip as you watch Murder on the Orient Express, out on blu-ray and DVD February 28.

Davis and Danny Ronen collaborated on this recipe. With bold bergamot, serrano pepper and brine, it’s a modern take on the classic Gibson and something Mr. Ratchett’s valet might bring him to relax during the night’s journey through the mountains.

Stirred cocktail, serves 1 in a coupe

Fill coupe glass with ice to chill and set aside.

In a dry mixing glass, combine the gin, elixir and brine.

Skewer the onions onto a cocktail pick and placed into chilled coupe.

Strain the mixing glass content into the coupe over the onions.

Gently express the lemon peel by writing it over the drink to release its citrus oil, then discard.