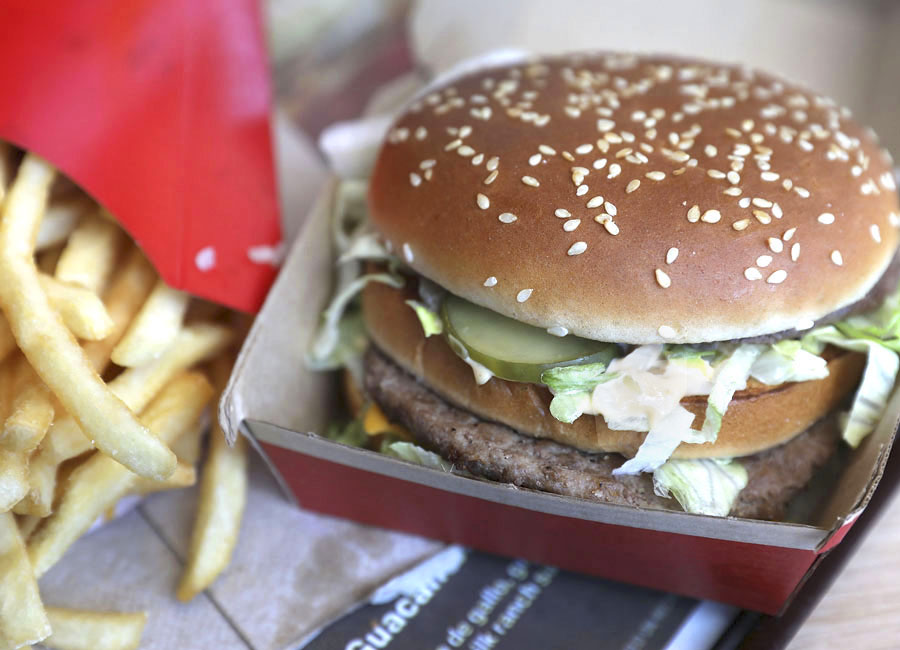 Don Gorske, 64, earned himself a place in the annals of fast food history earlier this week when he sat down for a Big Mac meal at a McDonald’s restaurant in Fond du Lac, Wisconsin. For the retired corrections officer, this was no average lunch but, rather, a McMilestone, as a crowd of onlookers and media gathered to watch him scarf down his 30,000th Big Mac.

You read that right – 30 thousand Big Macs (you can watch the whole ordeal in the video above). And to top it off, he’d already set the Guinness World Record in 2016 after eating 28,788 of the signature McDonald’s sandwiches. But, as anyone with a true passion in life knows, it’s not about the accolades.

Gorske’s Big Mac run began 46 years ago, on May 17, 1972 — a seminal day in his life as the then 18-year-old had just received his first car. You’ve got one guess as to the first place he drove.

Gorske says he ate nine Big Macs that day and never looked back, consuming a rough average of two of the sandwiches a day for almost a half century.

“I never had to cook. It was fast and ready within minutes after I left work every day. I never had a craving for something different. I had found my perfect food. The stress of having to eat a non-McDonalds meal was over.”

He also claims to have only gone eight (non-consecutive) days in the last 46 years without eating a Big Mac, including the day of his mother’s death – she requested he abstain in honour of her – and one day during a road trip on which he didn’t pass a McDonald’s. It’s also been reported that he keeps a stash of Big Macs frozen at his Wisconsin home, in case he can’t make it out of the house to buy one.

The most obvious question about this whole Big Mac love affair, after, “Why?” is how has all that meat and special sauce not clogged up Gorske’s arteries? According to the man himself, he’s visited the doctor and his cholesterol and blood pressure are perfectly normal. People magazine notes that he once “appeared on The Ellen Degeneres Show to have his cholesterol checked—and it reported at a steady 140 mg/dL. In 2006, he ran the San Diego marathon and crossed the finish line holding his 21,387th Big Mac.” He also appeared in the hit 2004 Morgan Spurlock documentary Supersize Me, about the documentarian’s quest to only eat McDonald’s and see how it affects his health.

Gorske hassaved thousands of receipts and Big Mac containers over the years, enjoys the sandwiches on holidays when the rest of his family eats more traditional fare and even proposed to his wife under the McDonald’s arches.

No word on what food was served at the wedding, but history suggests the happy couple didn’t end the night by cutting a wedding cake.