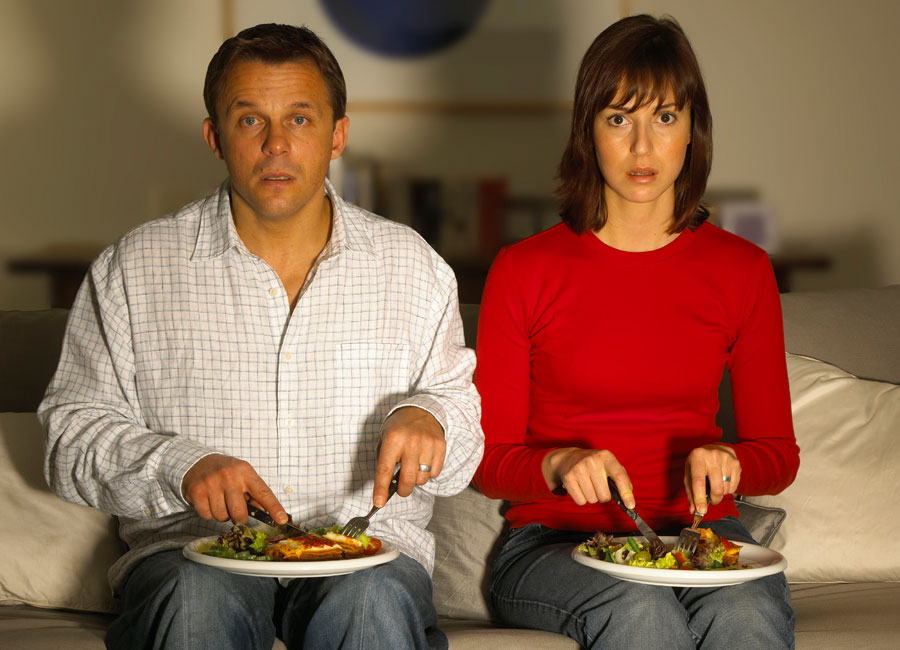 Legend has it that “Sliding” Billy Watson, a turn of the century vaudeville star, saw a person slip on a banana peel and incorporated it as a gag into his act, forever altering the course of comedy.

Slipping on a banana peel is, of course, the epitome of timeless comedy. Its inherently funny, so the humour only elevates as the foil flounders before tumbling, and the gag transcends generations and cultures, requiring no dialogue or context while appealing to audiences from age four to 104. It is the great comedic unifier.

The gag also stands as a pioneering pop culture marriage of food and farce – a pairing as natural as Abbott and Costello. After all, a hearty laugh is as satisfying as a hearty meal and, like great cuisine, comedic food gags evolve over time.

A quarter century after Watson’s banana peel slip, Charlie Chaplin made dinner rolls dance on the ends of his forks in the legendary scene from The Gold Rush. Decades later Lucy and Ethel gobbled chocolates from a factory conveyor belt on I Love Lucy in one of the most beloved, and funniest, moments in television history. Meanwhile, the 1965 film The Great Race took the pie-in-the-face gag to a whole new level in what’s dubbed “the greatest pie fight of all time” – a four-minute sequence that reportedly took five days to film and employed a record 4,000 pies. Paul Newman downed 50 hard-boiled eggs for laughs in 1967’s Cool Hand Luke, while ensuing decades brought classic food follies from Annie Hall’s loose lobsters on the kitchen floor to Monty Python’s gluttonous exploding diner in The Meaning of Life to the classic “I’ll have what she’s having” quip from When Harry Met Sally.
Given you could fill a horn of plenty with all the food gags throughout stage, film and television history, it’s no wonder that “Sliding” Billy Watson once admitted, “I never go past a banana peel on the sidewalk now without feeling inclined to take off my hat and bow to it in a spirit of reverence.”

We’ve all heard of dinner and a movie, but sometimes dinner is the movie.

Two Italian brothers – and restaurant owners – prepare the most important feast of their lives in this award-winning 1950s-set dramedy.

A heartwarming documentary about 85-year-old sushi master Jiro Ono, his family and his modest Michelin-starred restaurant tucked away inside the Tokyo subway.

The only film listed that may have you rethinking dinner, Morgan Spurlock’s acclaimed doc probes the fast food industry while he eats only McDonald’s for a month.

This British TV series turned feature film about a British food tour cooked up rave reviews and two delicious sequels, The Trip to Italy and The Trip to Spain.

My Dinner with Andre Foodie movies can celebrate drink as well, as audiences proved when they raised a glass to this Oscar-winning flick based around a middle-age escape to wine country.

A version of this article appeared in the May 2018 issue with the headline, “Food For Laughs,” p. 14.