Toronto the Good (Food): Places to Add to Your Gastro Bucket List 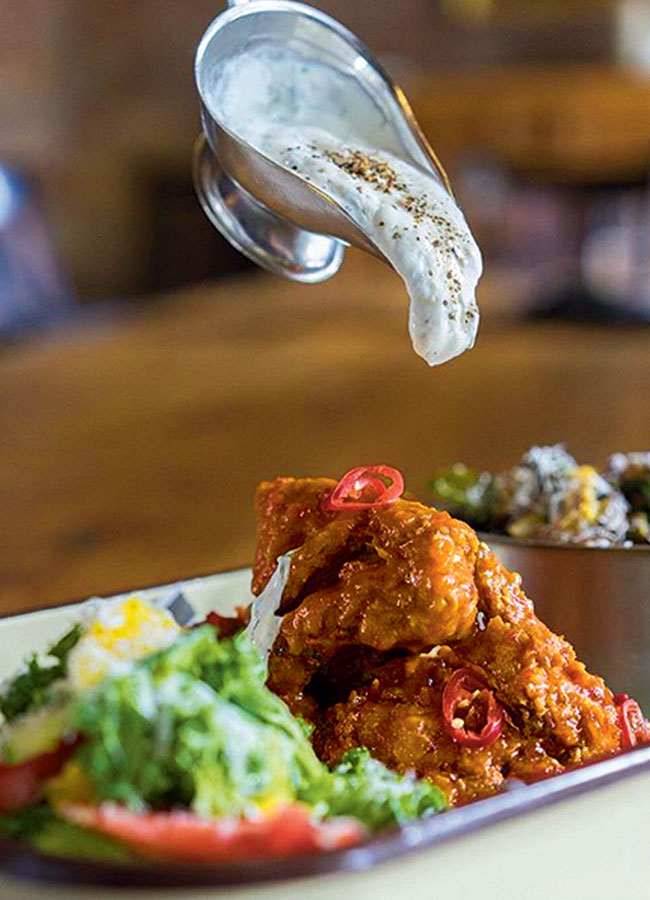 At Toronto’s Assembly Chef’s Hall, culinary creations from 17 top chefs can be tasted at a fraction of the price in a food-court-meets-beer-hall-meets-coffee-shop.

“This gives independent chefs access to the core,” says managing partner Andreas Antoniou (Volos, Little Anthony’s) on his new vehicle for local chefs who may not have the big bucks for their own place in the city’s financial district.

Bar Reyna founder Nicki Laborie thinks it will also introduce the Bay Street crowd who may not venture up to Yorkville (to Bar Reyna) and beyond to the variety of chefs and cuisines that make Toronto’s food scene, no reservations necessary. 111 Richmond St. W.
assemblychefshall.com

Just down the street at Yonge and Wellington, chef Antonio Park and Nessel (Chubbs) Beezer (who is also Drake’s head of security) have launched Pick 6IX. Park, who made his mark in Montreal with his eponymous dining hot spot and in Toronto at Kasa Moto, says his vision of Pick 6IX reflects the diversity of Toronto, along with his Japanese, South American and Korean roots and Beezer’s east-end Scarborough upbringing.

“I wanted to create a sustainable, healthy and elevated menu to complement Pick 6IX’s unique atmosphere,” he says. Of course, with Drake as a patron, there’s no shortage of music (and yes, more than Drake plays over the speakers) or sports on the screens dotted throughout, considering the resto’s proximity to the arena where both the Raptors and the Maple Leafs play. The bar is curved, creating a convivial atmosphere, along with an open kitchen for foodie voyeurs.

Speaking of voyeurs, you’re as likely to spot high-flying finance types as you are sports stars. I’ll have what LeBron is having, thank you very much. 33 Yonge St.