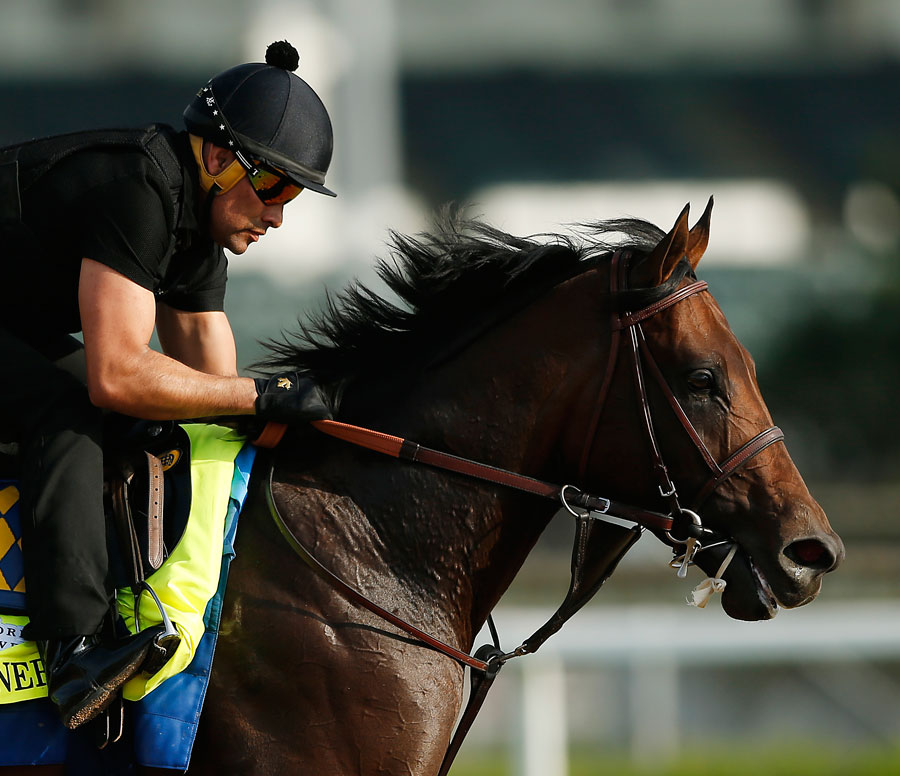 This Saturday May 4th is the 145th running of the Kentucky Derby at Churchill Downs in Louisville, Kentucky. The first leg in the American Triple Crown is also one of the most famous horse races in the world. Tens of thousands of people fill the grandstand at the racecourse and enjoy not only the gorgeous four-legged animals thundering down the track, but the fashion, food and drink that is all part and parcel of Derby lore.

Can’t make it to Louisville this year? Don’t worry, we’ve got you covered. Here are some tips to host a Derby party at home from Jennifer Anstey, CEO of Horse Media Group and publisher of Canadian Thoroughbred. Anstey hosts a party for each leg of the Triple Crown — the Derby, The Preakness and the Belmont Stakes. She knows a thing or two about horseracing too.

Post-time is 6:50pm but get the party started at least by 4pm. Live coverage of the event actually begins at 2:30pm so you can get going right after lunch. Even if you’re not a serious gambler or don’t know the first thing about horses and horse racing, it’s much more fun if a little money is involved. Have guests contribute an agreed amount at the door when they arrive. It can be as little as you want — a toonie, $5, $10, $20 — but ensure that all guests toss the same amount into the kitty.

How you decide the bets is up to you. Many non-expert betters like to choose based on a horse’s name, its trainer or just randomly. You can even write out the horse’s names into a hat and have people draw — as long as the party guests don’t outnumber the horses. This year the field consists of 20 contenders.

As host you can also do a little prep on the field and email it out to guests ahead of time so they can arrive with an idea of what horse they want to place their bet on. This year the three favourites are Improbable, Roadster and Game Winner. The main reason for this, other than three colts performances as 2-and 3-year-olds is the trainer: legendary Bob Baffert. He’s the man behind the last two Triple Crown Winners, 2015’s American Pharoah and 2018’s Justify. It also adds to the mystique of these three that they’re all California horses, the last four out of five Derby winners were from the Golden State.

Another early favourite was the impressive Omaha Beach, but he was scratched due to injury.

The thing about the Baffert horses are that with favourite odds you don’t get a pay out if you’re betting at the track or placing an off-the-track bet.

If you’re looking for a hot tip, word on the track is that By My Standards is the horse to watch. The colt has only won one big race but is one of the faster horses out there. The doubters will say he hasn’t proven himself in serious company, yet everyone likes what he looks like on the track. A fan at Churchill Downs gets into the fashion and spirit of the day. (Photo: Horsephotos/Getty Images)

Now you got the time, the bet and the horses covered, it’s time for food and drink. Traditional Kentucky Derby fare includes ham and biscuits, bourbon meatballs, devilled eggs and of course Kentucky Derby Pecan Pie. For a variety of themed recipes you can go to the source at the Kentucky Derby website.

And of course what’s Derby Day without the traditional mint julep. There are many variations of the drink online, Anstey says she uses simple syrup and sprite and while purists raise eyebrows her guests love it.  Here’s another recipe from Zoomer for our own mint julep.