The End of Wine as We Know It? How Climate Change Is Disrupting Our Winemaking Traditions 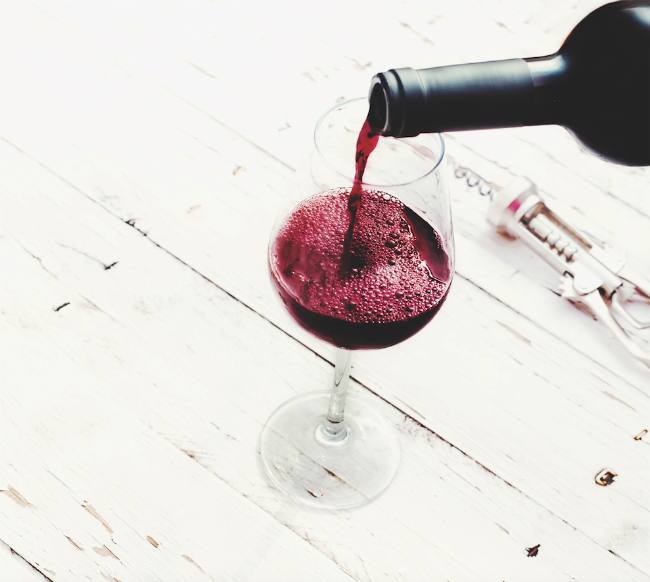 While farmers have always been at the mercy of the weather, the past few decades have unleashed unrelenting climatic assaults with devastating effects on some of the most famous vineyards in the world.

Some are predicting the end of wine as we know it. Others are banking on science to come to the rescue. Others aren’t that concerned. Still others feel that adaptation is part of life, and wine will have to adapt as well. One thing is certain: the world of wine is changing.

“Small changes in climate mean big changes either in the suitability of growing that grape — or the type of wines that can be made from that grape,” says Jones. “Small changes can push them over the edge.”

This has some people in the wine industry worrying that we won’t be able to enjoy wine as we know it — or have known it historically — within as little as 20 or 30 years.

Europe, North America, Australia … the weather is acting strangely all over the wine world. Drought and wildfires in California and British Columbia, record-breaking temperatures in the Pacific Northwest and Australia, and hail assaults in Burgundy and Bordeaux are just the most visible signs that things aren’t right in the vineyards. It’s not that these episodes did not exist previously; it’s that they are occurring more frequently and with more severity.

In 2018, a shortage of wine on the global market — caused by climatic volatility — prompted speculation that prices would rise and coveted bottles would become scarce. Some experts are predicting the eradication of famed vineyards in Burgundy, Bordeaux and Champagne by 2050 or sooner. Quite simply, these regions are becoming inhospitable to the very vines that made them famous.

The sense of place that fine wine represents — also known by the French term “terroir” — is under threat. Take Burgundy, for example, prized for its delicate and lightly perfumed Pinot Noirs. What happens when grapes over-ripen, which brings on higher alcohol and jammier flavours while reducing the balancing acidity that makes your tongue dance and tingle? A style of wine prized the world over for centuries can no longer be made — at least not in Burgundy.

Canada’s ice wine is also under threat — and that’s a threat worth $24.7 million a year in exports. Warmer winters mean the grapes don’t achieve a proper freeze, crucial to obtaining the optimum levels of sugar and a textural consistency prized the world over. From 1977 to 2007, the number of days suitable for picking frozen grapes dropped from 26 to just three in Niagara, Canada’s most southerly grape-growing region. Growers are trying to adapt to a shorter picking window — by regulation, the grapes can only be picked at -8 C or colder — and so mechanical harvesting is being used to speed things up.

Meanwhile, some Ontario winemakers are looking north to regions not previously considered hospitable for grape growing, like Georgian Bay and the counties of Huron and Northumberland. Nova Scotia and Quebec are beginning to make premium wines that are getting notice for their quality and consistency.

The push into new wine regions is happening around the world, with Scandinavian countries and the United Kingdom developing their wine industries. Today, the U.K. is predicting that 30,000 new jobs will be created in the wine sector over the next 20 years. Even French Champagne houses are buying land and building wineries in Britain. British sparkling wine — yes, you can buy it in Canada for about $50 a bottle — is winning awards and turning heads around the world.

There are still some climate-change naysayers: 60 per cent of Canadian winemakers, according to a recent survey, feel that climate change is a serious issue. Others take a more traditional view — that weather is weather, and farming means you work with what Mother Nature deals out.

Jim Willwerth, a researcher at Niagara Peninsula’s Brock University, doesn’t buy it. Willwerth is a viticulturist at Brock’s Cool Climate Oeneology and Viticulture Institute. He’s looked at global trends and states emphatically that climate change “is going to impact us in terms of civilization, not just agriculture.”

Willwerth cites evidence of the severity of climate change in wine regions presented by Jones, as well as work being done at the Geisenheim University Department  of Grapevine  in Germany and at the University of Bordeaux in France. “Geisenheim has a hundred years of data, so they can really see how things are changing.”

Willwerth is especially concerned by the shift in growing season. With warmer winters come earlier springs with vines budding earlier. This makes them vulnerable to spring frosts, which are still common in Ontario despite the warming trends.

As well, a sudden warm spell in the middle of winter causes vines to lose their cold hardiness, so that an ensuing deep chill can kill off the vulnerable vines. This happened in the winter of 2011-12 in Ontario — brought on by highs of 30 C in March. The cold returned, killing vines and wiping out much of the season’s apple crop.

Researchers at Brock University are working on solutions tailor-made to Canadian conditions, but their techniques could have impact around the world. In Ontario’s coldest wine-growing region, Prince Edward County, winemakers will bury vines in the ground to protect them from winter frost. It’s a practice that works pretty well, as long as temperatures don’t get too severe. Below -24 C, things get dodgy. Worse, severe rain and snow can wash away the soil, leaving the vines exposed and vulnerable.

So how about giving the vines a nice warm blanket? The Dark Horse Estate Winery in Huron County has had good results, says Willwerth, with a fabric cover that keeps vines warm and cosy even at -30 C.

You might say Canadians are experts at taking cover. Ann Sperling, who makes wine in Ontario, British Columbia and Argentina, says Canadians have an advantage in these times of weather turmoil because our climate has never been particularly hospitable or reliable.

“Canadian winemakers are especially qualified for this. I’ve been making wine for more than 30 years in Canada, and we’re used to the concept that we don’t have two vintages the same. You’re working with the climate all the time and modifying schedules and techniques.”

As well, being a younger wine-producing region, we’re still discovering which grapes do best — and where and under what kinds of conditions. This makes the Canadian approach more nimble and may give us a leg up on the rest of the wine world. We are not bound by regulations — say, what grapes to grow and where to grow them — that were set decades or centuries ago when climatic conditions were much different.

Sperling says winemakers have been focused on preserving the quality and typicity of their wines — that is, what we’ve come to expect in a style of wine from a certain place. She suggests it’s time to think about adapting to new grapes, new wine regions, new styles of wine. And maybe that’s not such a bad thing — or, at least, it’s a bit of a silver lining.

“Consumers tell us they just want to enjoy a glass of wine in the style of wine that they like. It’s geeks like us who put so much emphasis on typicity.”

As another growing season begins, we’ll see what Mother Nature has in store for this year’s vintage. One thing is certain: there will be wine for you to drink. So that’s good.