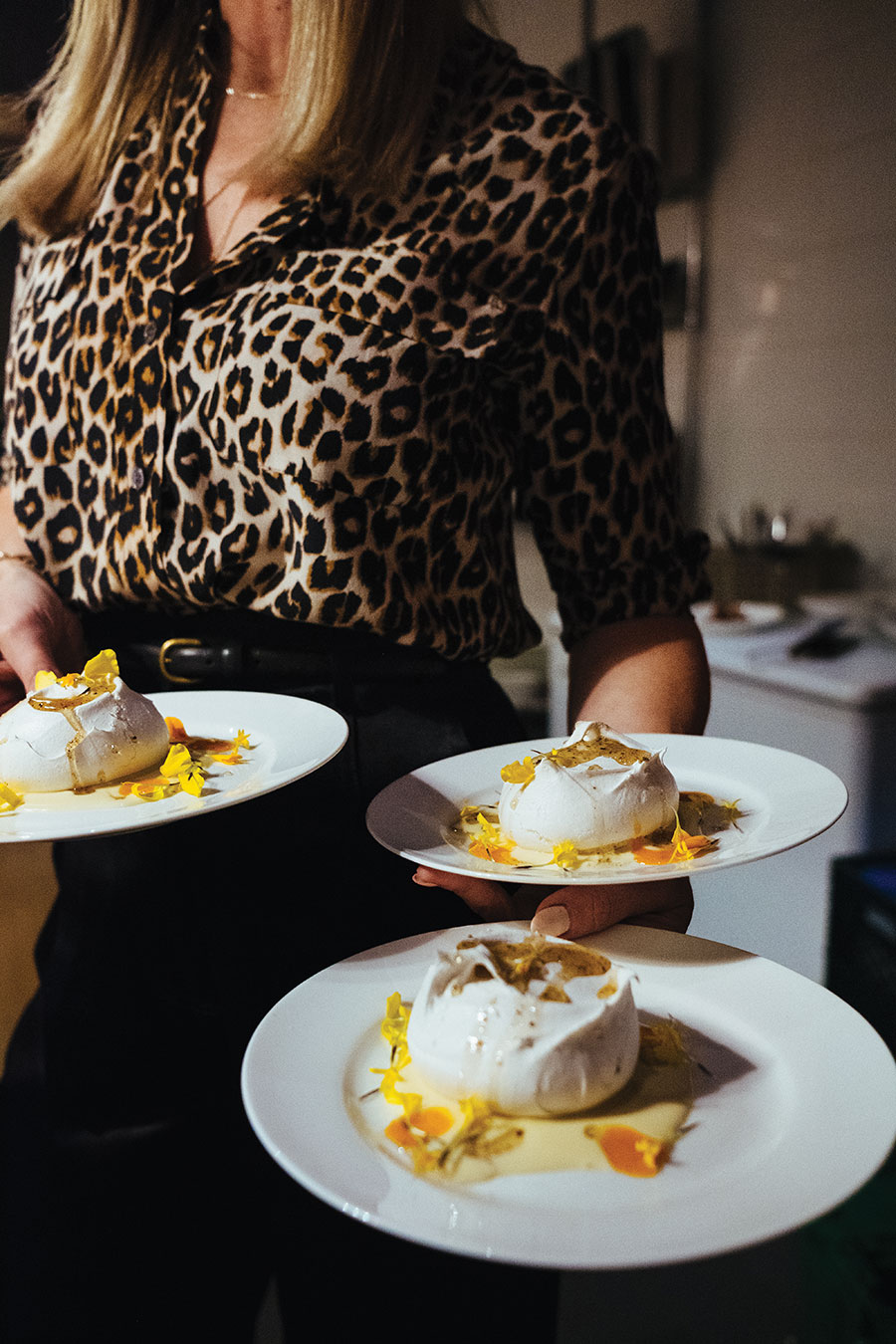 When you like eating as much as I do, the next big food trend doesn’t really matter all that much. People will ask me questions like: “What’s your favourite wine?” My answer is always: “The one I’m drinking. Because I’d choose something else if I didn’t like it.” My other answers are: “I love all my children equally” and “I’m an equal-opportunity imbiber.”

It’s the same with food. Trends may come and go — hello cauliflower, goodbye taco … get away from me, kale! — but if something’s in or out is immaterial until the tastebuds weigh in. (Though on that note, I’m quite glad that penne alla vodka is a rarity on menus these days.)

We are in the middle of a period of considerable innovation at Canadian restaurants and, for that matter, around the world. The reasons for this are myriad: young chefs inspired by travel, well-heeled clientele with cash to spend on food experiences, our multicultural national composition, food TV (and radio and podcasts), cook-at-home meal kits that inspire experimentation … call it a burgeoning connoisseurship. Everyone’s an expert now.

So I asked my friend Paul Rogalski who owns Rouge in Calgary to name some of his current obsessions. I got a list (this is verbatim): fermented, salted animal parts, cured, gathered, foraged, sun tea, live fuel, homegrown, smoke, lichen, moss, pectin, sous-vide, dehydrated, spruce, cedar, birch, culture, sour. Once I stopped salivating, I read the rest of his email.

“All of these apply to our food offerings,” he wrote. “I am sure if I took more time I could add a few to that mix. With that being said, one of the keywords we focus on is ‘approachable.’ That applies to how we mix the flavours, the music we play and how we serve our guests. And as always, wine and beverage pairing is a big part of our approach.”

Rogalski neatly summed up pretty much all the relevant trends in dining today. (Nice work, Paul!) In my line of work, I get to chat with sommeliers, bartenders, chefs, restaurant owners and, of course, diners. And the key thing I see today is that people are willing to spend their hard-earned dollars for top quality. And that extends to the backstory. They want to know what they’re eating and why, who made or grew it, and where it comes from. Then they will judge for themselves.

I run a restaurant tour company in Toronto (drinktoronto.ca), and when we visit chef Guy Rawlings at his downtown spot called Montgomery’s, he serves his homemade sourdough bread and cultured butter. The bread takes two days to make. The flour comes from a Mennonite family: one brother grows the wheat, another mills it, another delivers it. Rawlings tells this story as the guests nibble — I’ve never seen people eat bread with such intent. They pepper him with questions, and talk turns to flour humidity, fermentation times and oven temperature. We visit other restaurants and eat all manner of exotic foods, and when I ask guests to pick a highlight from the tour, they say the bread at Montgomery’s.

Is it about the story more than the food? Definitely not. But there’s something about knowledge that whets an appetite. I took my family to Tofino on Vancouver Island last year, and we met chef Paul Moran of the Tofino Resort and Marina. He’s an inveterate forager who hails from the Okanagan, a fertile land if ever there was one. We dined and chatted at his restaurant one night, and then the next day we ran into him on the street carrying bags of exotic goodies from the woods. “I’ll be back tonight to eat all of that,” I said, without pausing to find out what it was. If you ask nicely, Moran might take you out for a mini-forage. Or, book an ocean expedition at the onsite adventure centre, and return home with a sea creature for the kitchen to cook up. Another amazing Tofino restaurant, Wolf in the Fog, will create a similar ocean-foraging experience.

I suppose you could call foraging a trend. I sat down last fall at one of my favourite Toronto restaurants, DaiLo, where chef Nick Liu cooks a mish-mash of pan-Asian-influenced dishes — his heritage is Hakka Chinese, his mother born in South Africa and his father in India — that to me are truly Canadian. He sent out a dish, a sautée of mushrooms that his partner in the restaurant had brought back by the bagful from an island up north. Chanterelles, hen of the woods, morels … and some things I didn’t recognize. I promised that this fall I will bring him some giant puffballs from my woods in Northumberland County — I foraged my own three-pound puffball beast last year and enjoyed sautéed funghi for a week. Meantime, the local farmers market was selling slices for $7.50.

Chefs are celebrating “local” like never before and, even though the term “locavore” has thankfully fallen by the wayside, I would say that the sentiment has deepened. In Newfoundland, where I grew up a few decades ago, local food meant buying a lobster or salmon from a guy at the dock. “It was swimming this morning” was the the only sales pitch needed. Here’s how local it gets at chef Jeremy Charles’ restaurant, Raymonds, the poshest place in St. John’s: he’s in the enviable position of being able to hunt what he cooks. (And he really loves to cook moose heart.) Newfoundland and Labrador is the only province that allows chefs to handle and serve their own hunted game. How’s that for authenticity? Charles and his chef team are rediscovering indigenous ingredients — say, beach pea and cloudberries — as they also unearth heritage recipes. Pastry chef Celeste Mah makes a dessert of vinegar pie from a traditional recipe, harkening to a time when citrus was a rare treat on the island.

Whether it’s a retro recipe or a new creation, one trend we’re seeing everywhere is lack of fuss. Or fuss replaced by finesse. Tablecloths are long gone. And if you can’t fit all your menu items on a single page, you’re overdoing it. It’s about details, not show. Glassware is becoming more important, as bartenders spend considerable care on presentation, and sommeliers insist on the proper stemware to carry their wines. And while the Edwardian look is less prevalent on today’s bartenders — sad for makers of suspenders and vests — there’s still no lack of beards and moustaches.

Except for the best part: there are more women running the bar and wine lists across the country — from sommelier-owner Nicole Raufeisen at Little Oak and The Ostrich Club in Halifax to Véronique Rivest at Soif Bar à Vin in Ottawa. I hate to call it a trend. How about a welcome inevitability? Women are taking charge and morphing a once-male dominated hospitality industry. Ufficio in Toronto is entirely women-run, with Top Chef Canada contender Ivana Raca at the helm, as is the new kid on the Leslieville block, Great Solomon’s. Ufficio owner Stacey Patterson runs a dinner series called Open Kitchen, which raises funds to support women in hospitality.

I wouldn’t necessarily call this a female-led trend, but wines are changing, too: gone are the trophy wines costing hundreds of dollars (at a 300 per cent mark-up). At hip wine bar Paris Paris in Toronto, Krysta Oben prides herself on eclectic bottles that over-deliver on quality. In Ottawa, Rivest — recognized as one of the top sommeliers in the world — is the least pretentious sommelier you will ever meet. I asked her what kinds of wine she likes to introduce to her customers. “I guess the best answer is any wine that is made by truly passionate people, who look after their land as if it were their children and who make wines that speak of a place. And there are people like that all over the world.”

The prevalence of sommeliers in even casual restaurants, as Rivest pointed out to me, is another factor driving an interest in food and wine pairings. Movies like Somm: Into the Bottle have inspired a new wave of young people to enter the profession, and while they learn the traditional techniques of pairings, they do not hold them as gospel. Toni Weber, the sommelier at Giulietta in Toronto, will pair red wines with seafood — a light and fruity red, mind you, so the tannins don’t clash. With chef Rob Rossi’s salad of endive and Treviso lettuce, she focuses on the anchovy-date vinaigrette — salty, sweet and rich in umami — and pours a mid-weight Italian white made with the rare Arneis grape, which almost disappeared in the 1970s from its native soils in Northern Italy. Its supple texture, minerality and juicy acidity bring out the best in the salad, complementing the bitter leaves and contrasting the salty-sweet.

While micro-distillers and brewers are popping up all over the place to serve the thirsty and the curious, there are also plenty of people who don’t drink alcohol. For them, contemporary restaurants are embracing mocktails (a.k.a. Prohibition cocktails) made with de-alcoholized “spirits.” You may see bottles by a U.K. distiller called Seedlip behind the bar at your local hip restaurant. Especially if it’s a vegetarian or vegan place like Rosalinda, a vegan-Mexican restaurant that’s making a play in the centre of downtown Toronto’s expense account-driven steak-and-fries zone (if you go, try the jackfruit taco). Meanwhile, a new chain called Planta is pushing plant-based foods to growing success. This spring, Planta chef and co-owner David Lee converted his famed Nota Bene restaurant — for 10 years one of the most revered of Toronto’s fine dining restaurants — into an Asian-styled version of the Planta concept. Last year, a Planta outlet opened in South Beach, Miami.

This by no means heralds the end of meat, as the number of restaurants with “smokehouse” in the title continue to proliferate across the country — and sales of Green Egg grills continue to grow. But animal proteins are under considerable scrutiny these days. Beyond provenance, diners want to know everything about the ingredients in their food, especially meat and fish. You’ve probably heard of Ocean Wise — a certification program from the Vancouver Aquarium that focuses on educating the hospitality industry on sourcing sustainable seafood. Their logo on a menu has considerable heft with diners who value their oceans.

What intrigues me about food trends these days is how they mesh with an obsession with cleaner living and, inevitably, conscious eating. “Gut health” is now a term discussed at water coolers, and fermented and pickled things are de rigueur where once they were considered exotic, obscure or low brow. Kimchi — Korean fermented cabbage often served as a side dish — is as ubiquitous as ketchup. But far more tasty. As chef Rogalski answered when I asked him what’s the next big trend: “Not a clue to be honest, but I’d be happy if kimchi is still in the mix — and sad if durian becomes popular. And if insects are the next culinary treat, I am undecided but will give them a go.”

Are you ready for that? You may not have a choice. But you can always politely decline. Because you’re the expert now.