Pomp & Circumstance: Exploring The U.K. One Afternoon Tea at a Time 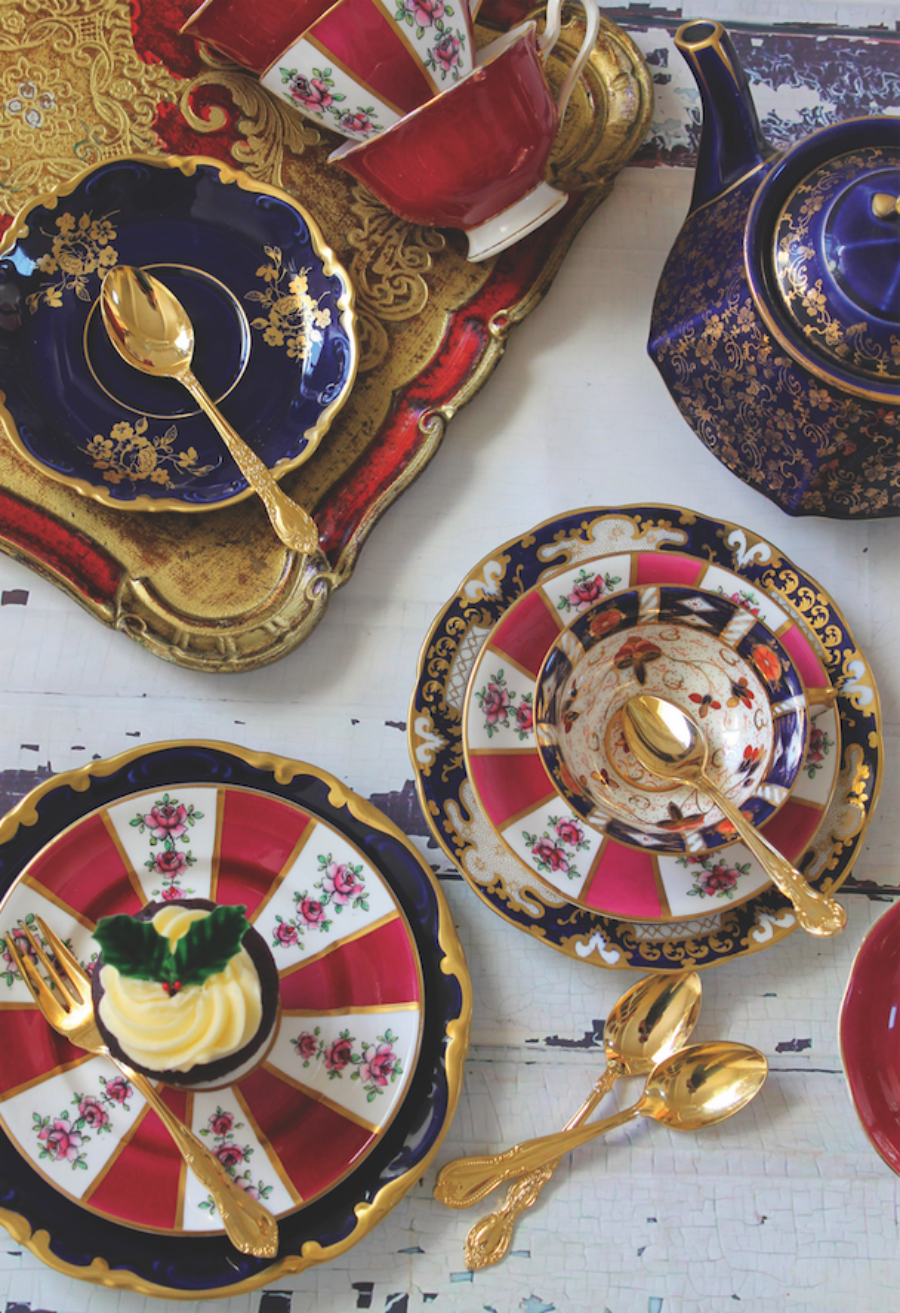 Travelling around the U.K. one afternoon tea at a time. And why not? It’s tradition.

“There are few hours in life more agreeable than the hour dedicated to the ceremony known as afternoon tea” —Henry James (1843-1916), American-born author who spent most of his life in Britain.

This observation from Henry James’ novel, The Portrait of a Lady, was first published in 1881. It’s also rather timely, as another now-famous American, Meghan Markle — who has settled into her life in Britain as the newyly minted Duchess of Sussex — has certainly taken up the ceremony but with her own modern twist on tea. Avocado toast replaces scones, and little bites of chocolate are as sweet as petits fours for the Duchess, as we discovered when one of her guests for tea at Kensington Palace — prior to the Sussexes move to Windsor — revealed all on Instagram.

It’s fitting that Meghan has taken up the ceremony, as it has royal roots. According to the tee-totalling purveyors at Twinings of London, it had been more than 200 years before Henry James’ time when Catherine of Braganza, the Portuguese-born wife of King Charles II, brought this oh-so-civilized way to while away the afternoon to the royal court. Nearly two centuries later, Anna Russell, Duchess of Bedford, turned it into a social affair, inviting her lady friends to take refreshment to abate the hunger pangs between lunch and the traditional dinner seating of 8 p.m. It didn’t hurt, either, that the Duchess of Bedford was an intimate of Queen Victoria — soon after, the custom became fashion.

In our own harried age, we often look back to what might be considered a more genteel time. Over the past decade or so, our continuing love affair with the mannered anglophilia, more halcyon Downton Abbey lifestyle — the movie comes out later this year — and our current Queen and country obsession with “The Crown” seems to jibe with our own era. Just off the cusp of a world in financial turmoil and continuing cultural and political conflict, we insist on a stiff upper lip while looking forward to a rosy future. Traditions such as afternoon tea help ground and comfort us. And what better way to celebrate the birth of a royal baby? What was Meghan’s New York baby shower if not an extravaganza of a tea party?

Apropos, perhaps, that the chefs at the Shangri-La at the Shard, in the new “hot” hood, Southbank, have designed a royal tea inspired by the arrival of Baby Sussex, creating a menu that’s spiked with their own family recipes. A mother’s blueberry cheesecake recipe from one chef, a granny’s recipe for strawberry mousse from another, the sweets offered are an homage to the women that influenced these chefs to cook in the first place — a fact that new mother Meghan, an avowed foodie with her first charity project as a royal, a cookbook, might appreciate. Tea is served in the TÎNG Lounge and Restaurant on the 35th floor of the Renzo Piano-designed glass and steel “shard”; at 95 storeys, it pierces the London skyline.

Afternoon tea, by the way, is not to be confused with high tea, say the experts at Twinings — with whom you can visit while they conduct taste tests at the company’s flagship shop on the Strand, London’s famed thoroughfare that connects The Mall and Buckingham Palace to the West End and beyond to Fleet Street. Traditionally, high tea is served at the formal dining table later in the day, between 5 and 7 p.m. Where once brunch was the go-to way to please a crowd, now we might choose to take a different kind of pause, build a rapport, find community and linger over a cuppa.

And lingering is tantamount to the ritual, as one does in Britain, in usually stunning surroundings. The Palm Court at the Langham Hotel, in Marylebone just south of Regent’s Park, has been a tea-lover’s destination for more than 150 years. Back on the Strand a hop from Covent Garden, the Savoy offers tea in its fit-for-a-royal Thames Foyer. Speaking of royal, it was in this very place that our present monarch, Queen Elizabeth II, as a princess, was spotted on more than one occasion, usually in the company of her sister, Princess Margaret, dining and dancing the night away, as the hotel was known for its cabaret. But it was at a wedding reception where Her Majesty was first seen (and photographed), still a princess, with a leggy blond naval man, Prince Philip of Greece. The rumour mill had begun to spin.

Later, Philip would choose another storied hotel, the Dorchester, to celebrate his impending marriage to Elizabeth, by throwing a stag for a dozen or more of his Navy buddies that was said to go late into the night. In the daylight hours at the Dorchester, tea is taken in the Promenade, just off the lobby, where it’s easy to see all the comings and goings.

Along with these historic venues in London, the Royals and we mere mortals of today have plenty of posh places to enjoy tea around the U.K. and Ireland.

In Edinburgh, at Rocco Forte’s Balmoral (not to be confused with Her Majesty’s castle in Northern Scotland), tea in that hotel’s Palm Court goes beyond, with the addition of a purple-tinted gin that makes spectacularly pretty and tasty cocktails. www.roccofortehotels.com/hotels-and-resorts/the-balmoral-hotel/

In Dublin, The Merrion offers tea in its drawing rooms, where the walls act as gallery space to the hotel’s extensive 19th- and 20th-century art collection – which also serves as inspiration for some of the pastry chefs’ delights. Miniature cakes and tarts echoing the colours and scenes from landscapes to abstracts are a sweet treat to all the senses. www.merrionhotel.com