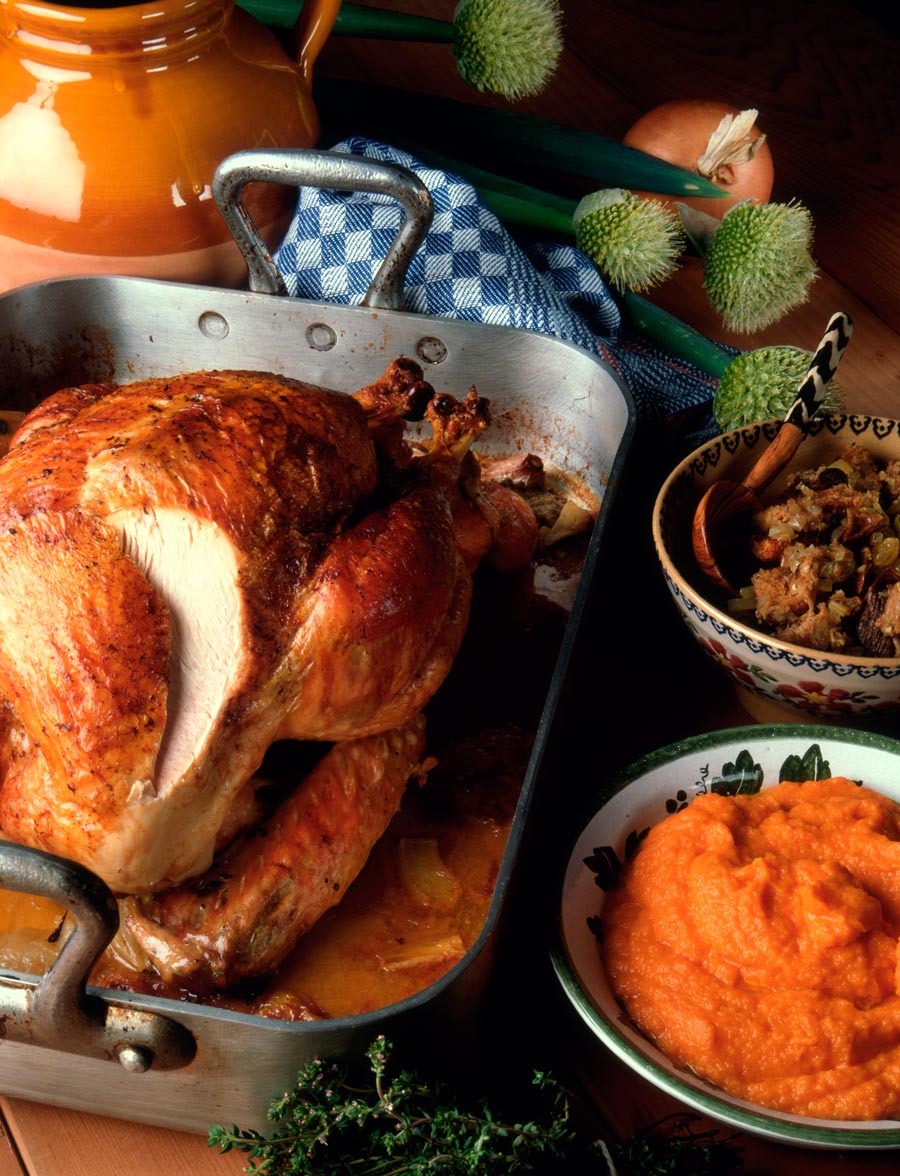 Whether it’s lumpy gravy, dry turkey breast or tasteless potatoes we’ve all been there. Hosting a holiday meal can be overwhelming and daunting for even the most experienced. No matter how long you’ve been carving the turkey, there’s always something new to learn to make sure everything tastes just right.

We brought our biggest turkey meal problems to Brassai’s head chef Marcus Monteiro for his advice on how to pull off a successful meal this holiday season.

Monteiro says there is no way to truly fix a dry turkey. But there are certainly ways to prevent it. This is when we have to think outside traditional preparation. “I know it’s traditional to stuff the turkey and cook it in one go but I always find that strange. When you stuff raw bread and stuffing ingredients into the cavity of poultry you have to make sure that gets fully cooked and by the time that gets fully cooked, you have to assume your white meat is overcooked,” says Monteiro. The key is to debone your turkey before cooking it. Take off the breasts, legs and thighs and roast the bones separately for your gravy. This way each piece of turkey can cook correctly without dryness. There are plenty of YouTube tutorial videos on how to do this:

Brining is key to not only getting a juicy turkey but also getting a crisp skin. Monteiro suggests, “A cup of salt. Typically kosher is what we would use in the kitchen. One and a quarter cup of granulated sugar. And then garlic. About 6 cloves of garlic, crushed. And the next step is to put whatever you want in it. Finish with four liters of warm water” Choose flavourings that resonate with your culture. If you debone it first, simply place the pieces of meat in a sealed bag with the brine. Leave the meat in the brine for about 24 hours. The sugar content in the brine will help brown and crisp the skin.

Watery gravy often leads to lumpy gravy. If you want to thicken your gravy, mix the flour with butter first and then stir into the gravy. But if you’re looking for a healthier alternative, Monteiro suggests using vegetables, cauliflower or potatoes to thicken the gravy.

“I find that if you make your gravy from scratch, you’re going to have onions and carrots and celery. You’re going to cook the turkey stock that you’ve made (with the bones). It infuses all of these vegetables to make it more flavourful, and some people pureé all of that together. Pureé the onions and carrots and celery; that thickens it as well. Imagine you had thin gravy and you put cauliflower in it and you cooked the cauliflower and pureéd it. It would actually be a cauliflower pureéd gravy.”

“If you’re using salt on a day-to-day basis, just use one brand because then you’re aware of how strong and how weak the salt actually is,” says Monteiro. But if you’ve gone too far with the saltshaker, the best way to salvage your meal is to add acid. “I would suggest using any citric acid – lemon, lime, grapefruit – and that should cut your level of sodium down.”

When you’ve gone too far with the milk or cream, consider whipping the potatoes. “Especially if you have a Kitchenaid machine or a really big bowl or a really strong arm with a whisk. Whipping the potato makes it light and fluffier.” Monteiro also suggests trying squash as an alternative to potatoes or even trying half and half.