Ring in the New Year: Foods to Bring You Luck 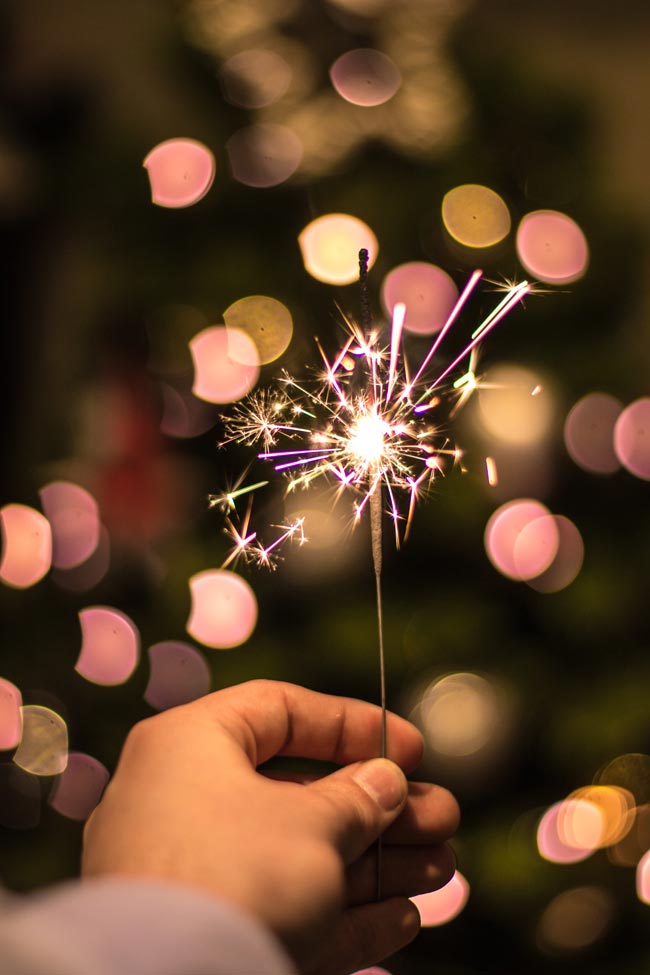 Folklore and custom around the world dictates that eating certain foods can bring wealth, prosperity and abundance in the New Year. Photo: Wout Vanacker/ Unsplash

How about serving up some luck this New Year’s Eve? Here, some traditional lucky foods to add to your menu.

Folklore and custom around the world dictates that eating certain foods can bring wealth, prosperity and abundance in the New Year. Whether you’re superstitious or not, these traditions can add some tasty fare to the table.

Good news for vegetable lovers: it’s tradition to serve up some healthy fare for New Year’s. Many leafy green vegetables are thought to bring luck because they are the same colour as American dollars. Whether you believe this theory or not, these veggies are packed with vitamins and minerals such as vitamins A and C, folic acid, iron and calcium – making them a smart way to start the year.

But how should you prepare them? In the Southern U.S., collard greens are the favoured choice, and they’re often boiled with a piece of salt pork or ham hock to temper their texture and bitter flavour. The vegetable may also be served with cornbread (which is the colour of gold) to soak up the broth.

In Denmark, kale is the vegetable of choice and a topping of white wine sauce, sugar and cinnamon is traditional.

If you’re not fond of these bitter greens, try turnip greens, dandelion, Swiss chard or spinach. As an alternative, bend the rules a little and use these greens for a salad. (And it’s okay to sneak in some other colours – after all, money isn’t just green.)

Greens aren’t the only healthy choice for the dinner table. Legumes are also popular not only because they’re shaped like coins, but they also swell when cooked – symbolizing abundance. Not only are they inexpensive, they’re low in fat and a great source of soluble fibre and protein (not to mention iron and folic acid).

Two particular legumes win favour at New Year’s. The black-eyed pea is another southern U.S. tradition, and it’s often prepared in a Hoppin’ John (a mixed vegetable and rice dish). On the side, the black-eyed pea is a versatile choice for any menu because it can be made into a loaf, a dip, a bean salad and side dish. (See About.com’s Black-Eyed Peas recipes for ideas.)

The lentil’s green colour in addition to its shape makes it a favoured choice. It can be served on its own as a side dish (as it is in Germany and Brazil) or as part of a main dish. In some parts of Italy, this legume is served with sausage – another lucky food. People in some countries even combine it with sauerkraut.

With legumes on hand, meat isn’t necessary for a New Year’s feast, but there are a few choices according to custom. One of the most common is pork, and it’s associated with wealth for a couple of reasons, depending on the country. Its fatty meat is linked with wealth or “fat wallets,” and pigs root forward – symbolizing progress. Roast pork, ham, sausages, roast pig and even pig’s feet are some of the many choices served around the world.

Fish also makes the list – with carp being the choice in Germany, boiled cod the favourite in Denmark and herring served as a midnight snack in Poland. The scales are lucky because of their resemblance to silver, and consuming fish is thought to ensure a good catch throughout the following year.

But beware … some meats are thought to bring bad luck. According to cooking website Epicurious.com, chickens, which scratch at the ground backwards, could cause people to dwell on past regrets. Other winged foul will “fly away” with your luck, and lobster will cause setbacks because the crustacean moves backwards.

Forget the potatoes and try noodles for a long life. The Japanese custom is to serve long ooma noodles – but you’d better be careful not to break them as you slurp! In parts of Europe, sauerkraut is served instead, but long strands of cabbage are preferable to guarantee longevity.

Yes, desserts and sweet treats can bring you luck, too, if its shape resembles a coin or a ring. In the Netherlands, olie bollen (doughnut-like pastries filled with apples and raisins) are popular, while Italians treat themselves to chiacchiere, fried balls of pasta dough drenched with honey and sprinkled with sugar. Doughnuts are popular in Hungary and Poland, while sweet breads or cakes are served in Italy as a symbol of hope. Benné wafers, made from sesame and cheese, are also served in many African countries or in African-American communities.

Of course, sweets of any kind can be served to promote “sweet success” in the future.

Some traditions dictate that not everyone gets the luck on New Year’s – and ironically it’s a matter of chance who gets the nod. It’s tradition in many parts of the world to serve a loaf of bread, cake or dessert with a special treat baked inside. The person who gets the treat – whether it’s a nut, coin or other trinket – is said to have luck for the New Year.

In Greece, vasilopita (a cake with a coin baked inside) is served at midnight in honour of St. Basil, whose memory is celebrated on Jan. 1. The head of the family slices the treat, setting aside a piece for St. Basil or for the poor. Simply participating in the observance is thought to bring a year full of happiness and health.

Or perhaps a pudding would suit your taste? In Sweden and Norway, rice pudding is served with a whole almond hidden inside.

Sometimes it’s not about the food so much as when you eat it. For some, it’s important for a lucky food to be the first one consumed in a new year. For others, simply having food on the table at midnight means there will be enough food throughout the year. In the Philippines, it’s customary to gather seven different round fruits for abundance.

In Spain, it’s tradition to eat 12 grapes – one for each stroke of the clock at midnight. Eating 12 grapes in as little as 12 seconds is a challenge, so be sure to buy small ones if you plan to try this tradition!

And if you thought staying up until midnight was a challenge, consider that in some countries the celebrations last until the first sunrise of the New Year. In Japan, that’s when the celebrations begin in earnest.

Tips for Planning Your Menu

The entire menu doesn’t have to be these lucky foods – you can use one or two or as many as you like. The trick is to eat well but to create a balanced menu that doesn’t focus on heavy, rich foods. If you want to stray from this list, look for the essentials: colour (green, gold or silver) and shape (round or coin-shaped).

For ideas and instructions, check out:

Libations: Get Shaking With This Martini Menu