Why Growers and First Nations Are Singing Seaweed’s Praises — Plus, Recipes to Help You Unlock Its Rich Umami Flavour 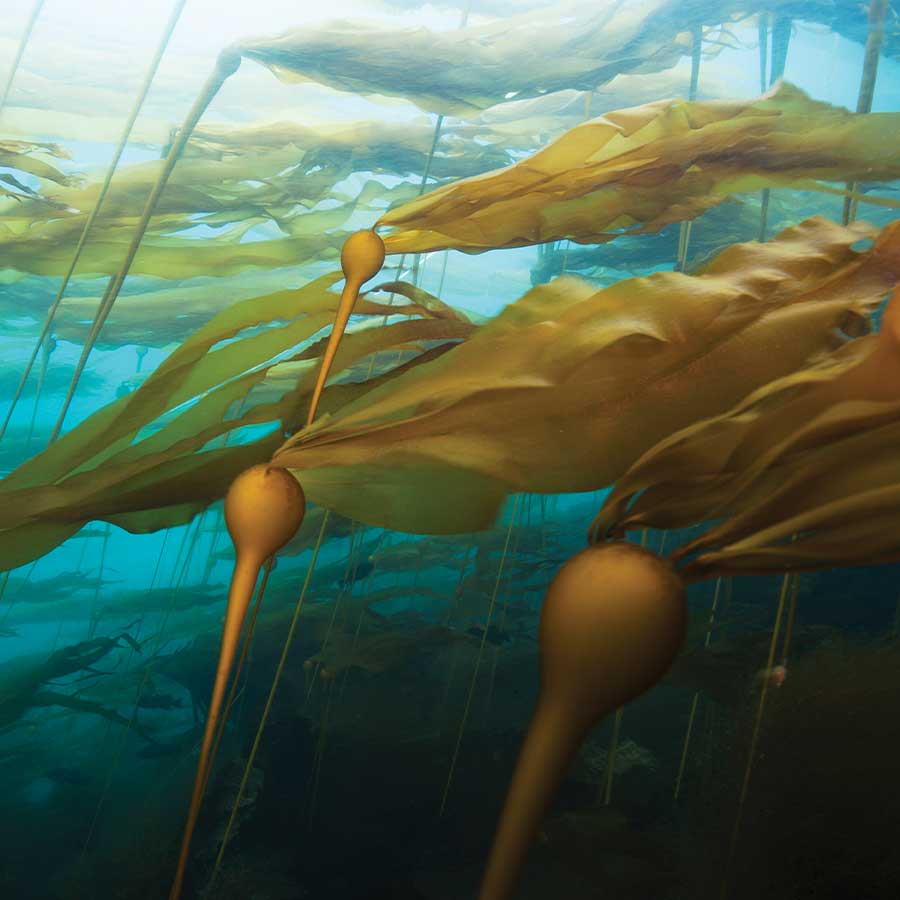 Canadian chefs are embracing seaweed for its versatility, from using blades of giant kelp instead of noodles in lasagne to adding it to pizza dough. Photo: Mauricio Handler/getty images

Seaweed, a versatile, nutritious, planet-loving powerhouse, is poised to be the next must-have ingredient.

Cascadia launched its Kove Ocean Foods line in February with Sea Spice, a flavour-enhancing vegan sprinkle, similar to the Japanese mix of sesame seeds, seaweed, dried fish, herbs and salt called furikake. The company is working on vegetarian seaweed burgers and crab cakes, along with seaweed snack foods like puffs, jerky and crackers. Williamson adds Sea Spice to his morning omelette and likes to roast the kelp in the oven to make seaweed chips.

While Cascadia is among the companies exploring modern seaweed cultivation, they still do it the old-fashioned way on Grand Manan Island in New Brunswick, the world’s leading producer of the red seaweed known as dulse. Jayne Turner, general manager of harvesting and processing company Atlantic Mariculture Ltd., says consumers have to get over the association with the slimy, stinky stuff that squelches under their feet on the seashore. That’s the whiff of the beach’s compost pile, while edible seaweed comes fresh from the ocean garden.

People have been hand-harvesting dulse at low tide and sun-drying it for more than 100 years on Grand Manan. Turner has been eating it since she was two. “I tell people it has none of the texture they associate with the sea, and the flavour changes when it’s cooked,” she says, describing the taste as slightly salty, with some of the same attributes as bacon, and a rich umami profile. The company sells it in leaf, flake, granule and powder form.

There are an estimated 12,000 species of red, brown and green seaweed. The algae flourish along the east, west and Arctic coasts of Canada, in deep water and intertidal zones near the shore. They’re organic storehouses for ocean nutrients, including vitamins A, C, E and K, plus iron, copper, iodine and phosphorus. They have antioxidants and flavonoids, can lower blood pressure and optimize heart health, and are being used in cancer research.

What seaweed does for the planet is equally remarkable. It produces 70 per cent of the world’s oxygen, absorbs carbon dioxide and heavy metals, and supports marine life in the largest ecosystem on Earth. It’s a staple of Japanese and Korean cuisine, so if you’ve enjoyed a nori-wrapped sushi roll, bright green wakame salad or thin, toasted snack sheets, you’ve eaten seaweed.

Coastal Indigenous people have known about seaweed’s benefits for thousands of years, says anthropologist and educator Candace Campo. A member of the Shíshálh (Sechelt) Nation, she’s the operator of Talaysay Tours, a First Nations tourism company based in Vancouver. “It’s very dense in nutrition, and we harvested it up and down the coastline,” she says.

It was used as a trade item with other Nations, helped maintain Pacific herring stocks, kept a catch fresh on warm days and lined cooking pits at potlatches with thousands of guests. The quintessential northwest coast meal is fish, rice, seaweed and nutrient-rich oil rendered from the fatty eulachon fish. “You’re talking about some serious superfoods,” Campo says.

With her passion for seaweed, she is in good company. Dubbed the “mermaid of the Pacific,” marine biologist Amanda Swinimer of Dakini Tidal Wilds has been sustainably harvesting seaweed for nearly 20 years on southern Vancouver Island. Her book, The Science and Spirit of Seaweed: Discovering Food, Medicine and Purpose in the Kelp Forests of the Pacific Northwest, came out last year, and her clients include winery restaurants in B.C.’s Okanagan Valley and dining rooms in Victoria. She says three-quarters of a teaspoon daily of dried seaweed contains all the health benefits you need. The trick is to eat it consistently.

Since I moved to Vancouver Island, I’ve become a seaweed convert and feel healthier for adding it to my diet. I put Swinimer’s Mermaid Flakes (dried and flaked Pacific winged kelp and bull kelp) in my morning oatmeal, to replace the typical pinch of salt added to boost flavour. I often shred a piece of dried kelp into soups, curries and stews. My latest passion is using smoked kelp flakes from Indigenous-led Naas Foods in Tofino on fish.

Seaweed has a long history in thalassotherapy – using marine elements like mud, salt and seaweed as restoratives — and skin care. Sooke-based Seaflora Skincare makes small-batch face and body products from nine varieties of seaweed harvested in the intertidal zone by hand or in deeper water by boats. The company is adding edible dried seaweed this year, including wakame and Pacific dulse.

“It’s great for a natural source of iodine and can really lower cholesterol, is gluten-free and vegan, so you’ve got all those boxes that you can check,” says Seaflora’s Chantelle Line. “But the amount of dietary fibre in seaweeds isn’t talked about enough.” Line likes to put a few strips of seaweed in miso soup, sprinkle the flakes on garlic bread and add it to cooked spinach to cut the bitter edge from oxalic acid and tannins

Canadian chefs are now embracing seaweed for its versatility, from using blades of giant kelp instead of noodles in lasagne to adding it to pizza dough. At Culinary Concierge in Victoria, president and global culinary trendologist Christine Couvelier believes seaweed is about to become a kitchen staple with health-giving cred. “I think of seaweed almost as I would use kale in many cases. It’s move over, kale, it’s time for seaweed.”

Couvelier says chefs often set food trends, with specialty and gourmet shops following their lead, and grocery stores catching on last. Nutrition may influence buyers, but taste seals the deal, and she says seaweed delivers both. She suggests mixing dried seaweed flakes with mayonnaise for tuna salad, as a popcorn topper or in Hollandaise sauce. It’s a best friend to grilled or fried fish.

Or you can just eat sundried pieces out of a bag, like 85-year-old Jane Lee does. “I’m not given to addictions,” says Lee, who makes an exception for dulse, which she ate growing up in Belfast.

Her parents believed the ocean had curative powers, but “we didn’t know [seaweed] was nutritious,” says Lee, who now lives in Burlington, Ont., and has been getting her fix from a friend who mails it to her from Grand Manan Island.

“We just loved the flavour of it,” she says. “I’ve never stopped loving it.”

• Add oil to a shallow pan and fry dulse leaves over medium heat for a few minutes until they turn a deep, rich green colour. • Toast bread. • Spread with mayonnaise and layer other items to create a D.L.T. • Optional: Add chicken to make a seaside chicken club.

Mix mayonnaise with garlic and lime juice and spread 1 tbsp on each ear of hot cooked corn.