How Your Weekend Barbecue Connects You to a Canadian Tradition 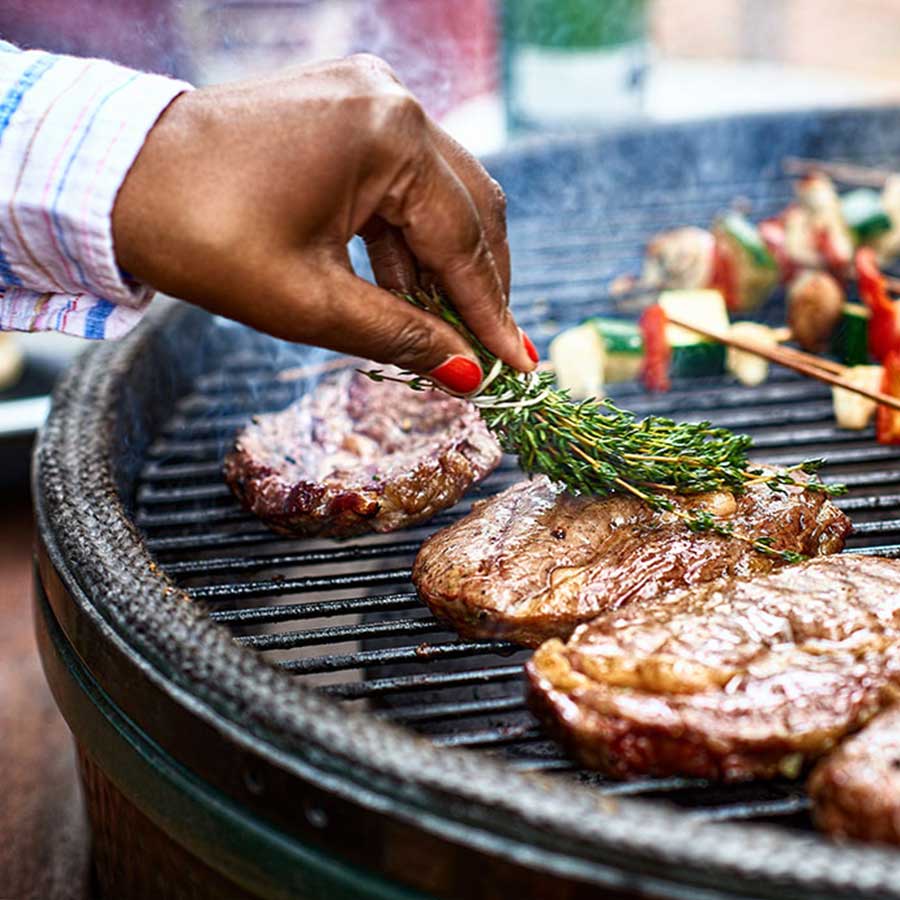 Hosting a barbecue is as much a cultural tradition as a culinary one. Photo: 10'000 Hours/Getty Images

The warmer weather is synonymous with barbecue. The smell, the taste and the party atmosphere — not to mention a long weekend — add up to the season’s best time. Here, a look at our relationship with the big Q.

I once committed a high-altitude barbecue offence that nearly got me banned from an airline. My crime was one of pure naïveté: I believed that the spirit of barbecue was something portable, and I tried to move this meaty institution or perhaps herd or corral it across the continent. In an aircraft.

My fellow passengers: I apologize. I had spent several weeks in Austin, Texas, in that long winter of 2000, waiting for the Americans to choose a president. I learned nothing useful about politics but quite a lot about barbecue. At The Salt Lick, a grand and rustic institution hidden in a glade of oak trees outside of town, you sit around the large stone pit where the meat spends 36 hours in low smoky heat, and you feel a certain peace. It is a communion with something deep inside us. I had to bring it home.

Ten pounds of slow-smoked brisket went into the overhead luggage compartment. There was turbulence and a delay, and the flight attendant announced that no meal would be served. The smoky beef vapour seeped out and filled the fuselage. I rose to defend my luggage rack. The pilot, as he wandered off, muttered about a need for new rules concerning carry-on victuals and “What were you thinking, son?”

I was thinking that barbecue was simply food, a big piece of meat, an outdoor heat source. This does not make a barbecue. There has to be something else, a collective sense of occasion, an atavistic tie to all barbecues past. You don’t just barbecue something; you hold a barbecue. And it’s a big deal. There is something about the bringing together of dead flesh and red embers that stops time, creates a singular moment, makes us briefly more human.

This may sound like a grandiose claim for the flipping of a few strip loins on the Weber. We have forgotten. The practice of barbecuing, and probably the word itself, emerged from aboriginal traditions used across the Americas to celebrate victories, seal peace treaties and mark seasonal changes. Stand back, and it’s not hard to see the story of your life or the history of your country as a succession of barbecues.

Or even the story of humanity. Richard Wrangham, a biological anthropologist at Harvard University, has recently discovered that the human brain evolved from its primate origins not simply because of tool-making, as previously thought, but also because of the hominid discovery of cooking food over fire, which gave us a more efficient energy intake, changed the nutritional composition of our diet and allowed larger brains to develop. The barbecue is not just a tradition; it is our essence.

I spent years in envy of American barbecue, with its smoky flavours and mood of bacchanal abandon. I devoted a good part of a month to driving around the country with my wife and infant son, exploring the methodologies of meat: the great California tri-tip, the sticky ribs of Kansas City, the bittersweet pulled pork of Memphis, the rich mutton of Kentucky, the magical sauceless flameless beef of Texas.

Canada, I later discovered, has a lost barbecue tradition that is equally profound, deeply ingrained in the country’s ambiguous history. It began, as far as I know, in 1837, when the grandees of Upper Canada tried to quell the mounting rebellion by adopting a native tradition. They filled an abandoned foundation pit with wood and used it to roast an entire ox, dragging the charred carcass across town in a sled, slicing it into steaks, and distributing it free to the people, along with beer and music, in honour of Queen Victoria’s coronation.

It failed as a peacemaking effort; in fact, the pro-democracy riots that autumn may have had their impetus at the barbecue. The ox roast was remembered for decades, and it established the pillars of Canadian barbecue: a long weekend devoted to Queen Victoria, a politician trying to buy the affections of the people with hot food, a people utterly uninterested in that effort and a rudimentary cooking technique in which an expensive piece of meat is thoroughly burned. And an ox: always an ox.

“I have determined to make my barbecue out of a fat, juicy ox, succulent in flesh but weighing nigh on 12 times the average weight of a full-grown man,” a certain Mr. Lemuel B. Felcher boasted to the people of Peterborough, Ont., in a typical national barbecue moment in July 1898.

For more than a century, Canadians celebrated their semi-independence, often against the wishes of Ottawa, by abandoning their icy reserve and tossing a whole ox into a pit. Then, beginning in the 1940s, the word “barbecue” shifted into the back yard and lost its fervour. Still, in our most wanton and unguarded moments, I believe, we can return ourselves to that smoke-filled pit.

Next long weekend, I plan to invite a few fellow compatriots over, fill the bathtub with beer, dig a hole, and hold a real Canadian barbecue. I just need to find a supermarket that carries ox.

6 Tips for a Better (and Healthier) Barbecue

Get Fired Up! 5 Flavourful Recipes for the Barbecue